After a racist tirade was directed at the owner and his family, locals are looking to support them in anyway they can. 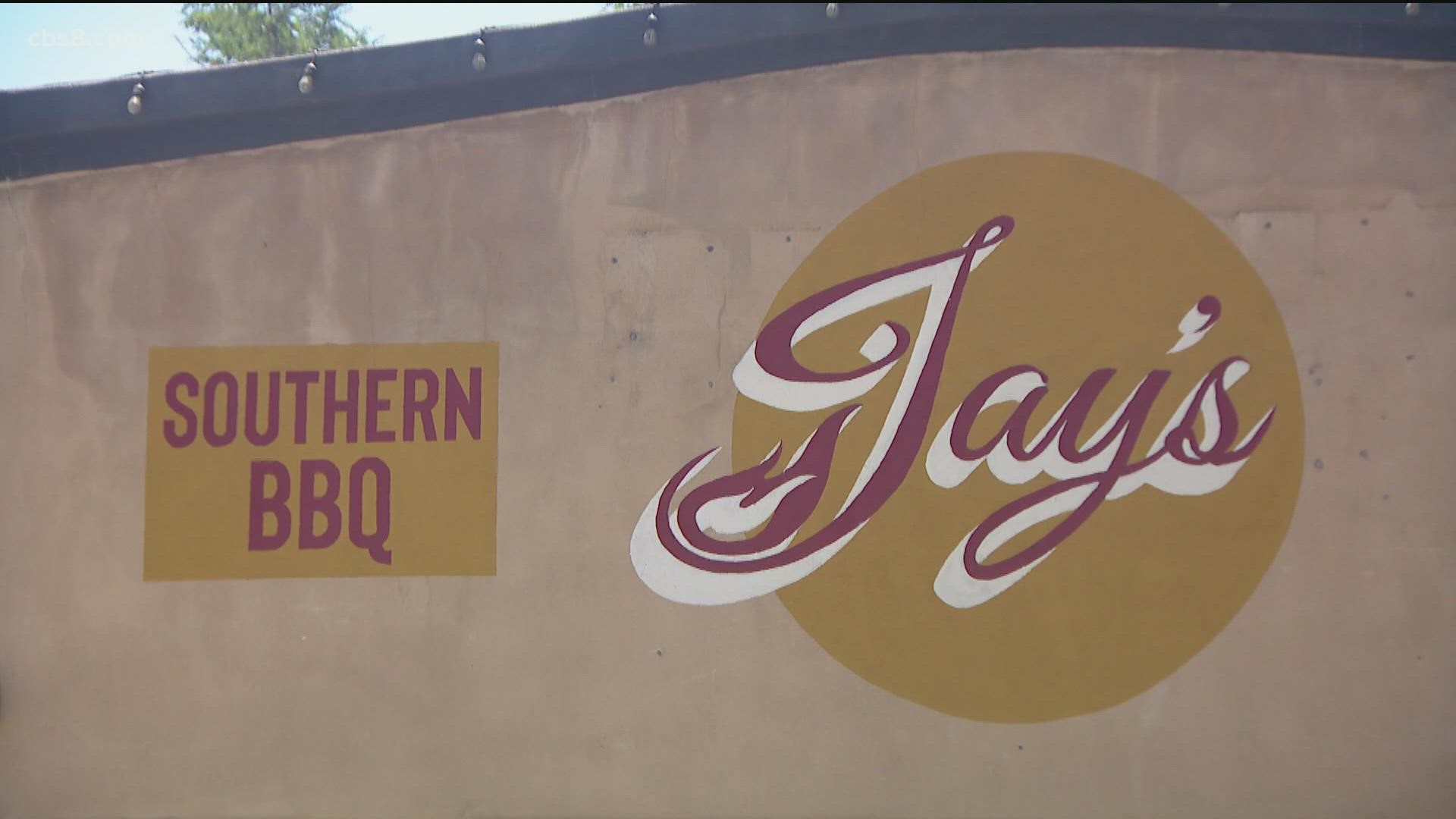 SAN DIEGO COUNTY, Calif. — Glenda, Susan, Mary, Betty and Elizabeth go out for lunch somewhere in Alpine every Tuesday. On this afternoon, they chose Jay’s Southern Cafe - a family run barbeque joint just off of Alpine’s main drag and it’s not just for the brisket.

"I'm stunned it's here," said Alpine resident Mary Smith. "I'm stunned that somebody would actually be this prejudiced in this day and age."

Jay Cousins runs his barbeque restaurant with his family.

Last week Cousins said a man called the restaurant hurling racist language, calling his young son the n-word then telling Jay he wouldn’t eat there if there were black people working.

"We took a day to regroup," said Cousins to News 8 last Saturday. "It really just knocked the wind out of me."

Today, there's a small sign hanging in the door of Jay's Southern Cafe, telling customers that the restaurant will be closed for the first week of August, but the dozens of customers that did come and that I saw come to the locked door, didn’t know that.

"We came last week and we heard about the incident and we talked to the owner, Mr. Jay. But it's really sad that people are still using that type of language," San Diego resident Sonya Hamilton said.

"That doesn't represent the community," said Alpine local Russell Roberts. "So whoever it was, they're probably way out in the middle of nowhere where nobody can hear him talk other than through a wire."

Though customers left the barbeque restaurant hungry today, they want to let Jay know that their hearts are with him and his family.

"He's got a big base here," said Roberts. "A lot of people are supporting him and one guy trying to tear it all down? Not going to happen."