The documents don't name the spellcasters Larry hired, however the ones News 8 found charge anywhere from $30 to $300. 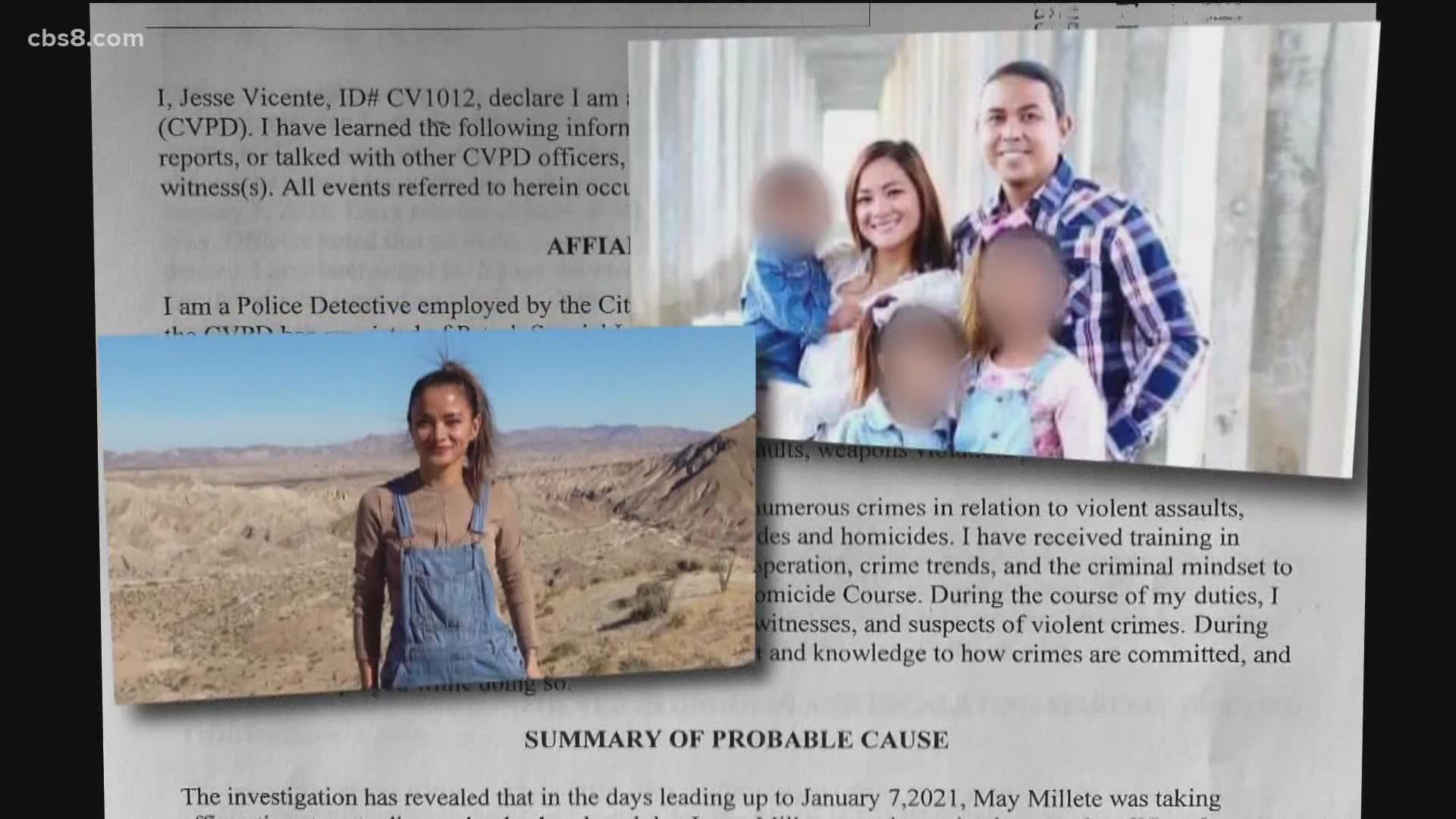 SAN DIEGO COUNTY, Calif. — Larry Millete knew his wife, May, wanted to end their marriage. Hoping she’d change her mind; court documents show he hired multiple spellcasters, first to win her over and then to hurt her.

“I've never had a case where that was involved,” said District Attorney Summer Stephan.

Stephan has seen a lot in her 30 years with the DA's office, but this was a first.

“These spellcasters would be asked to make May want to stay in the relationship.”

News 8 found more than a dozen spellcasters on the internet. Most offer the same services that include love spells, voodoo spells, and stop divorce spells. According to the court documents, Larry was a frequent customer.

"Between September 2020 and January 2021, Larry contacted the websites daily, sometimes multiple times a day, purchasing spells and sending messages requesting help so that May would obey him, fall back in love with him, and to incapacitate her or make her sick so that she could not leave the house."

In December, when it became clear that May was serious about leaving, authorities say Larry's tone changed dramatically. “Specifically, one message from Larry on December 27th states, ‘Please punish may and incapacitate her enough so she can't leave the house. It's time to take the gloves off’."

And on December 31, he emailed a spellcaster, "She's only nice to me when she needs me or sick. Thanks again. Maybe an accident or broken bone."

“He was asking for May to become incapacitated,” Stephan said. “For May to be in an accident to have broken bones so she could stay at home. Thus, displaying his homicidal ideations to harm May.”

The documents don't name the spellcasters Larry hired, however the ones  News 8 found charge anywhere from $30 to $300.

We should also point out that all the websites have disclaimers like this, “the spells, rituals, and techniques listed on this site are for entertainment purposes only.”