A North County family is concerned that a local cemetery is in disarray. They say multiple graves are covered in dirt, including those of military service members. 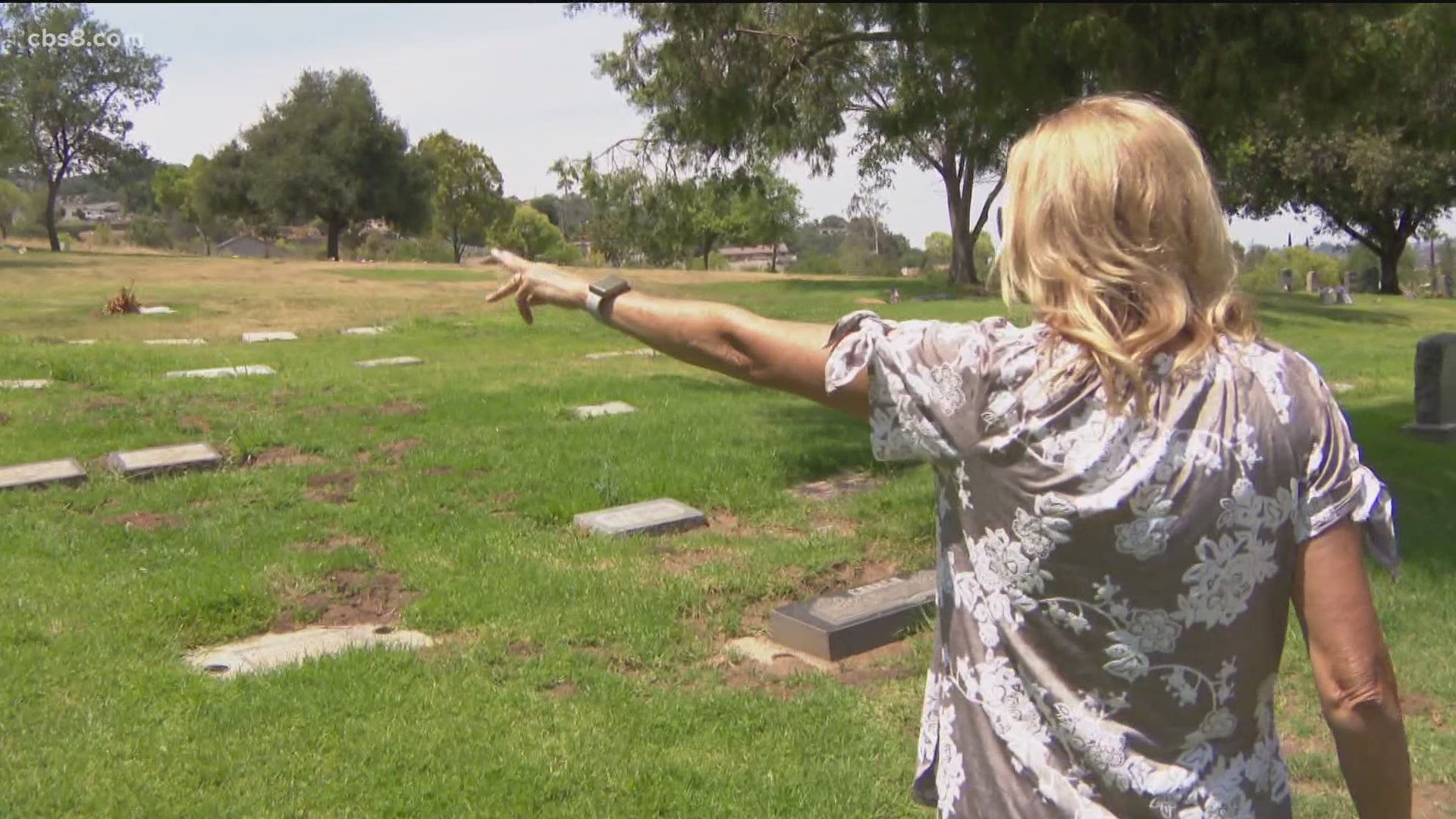 “Over the last four or five times I have been here, it has just gotten continually worse,” Haughley said.

With nearly 20 relatives buried in the cemetery, Haughley says she is upset over the lack of upkeep around each grave.

"It’s disgusting, it is sad, it breaks your heart,” Haughley said.

Some graves are completely covered in dirt, weeds and there are multiple gopher holes.

“Everywhere you look it is basically just the weeds,” Haughley said.

Haughley has contacted the cemetery and several county supervisors about the issue. She says workers did come out to cut the overgrown grass, but that is not enough.

She also said the most upsetting part is that the headstones of military veterans, such as, her Marine father Jack Krogh and Korean War veteran stepfather, have covered graves.

"It breaks my heart to think that they served our country, and their headstones are covered in dirt or in weeds,” Haughley said.

In a statement from the North County Cemetery District General Manager Edward Serna, it says:

"The North County Cemetery District is committed to the public to ensure the maintenance of the cemetery is kept. The District recognizes that we have a Gopher problem and we take this very seriously. Our staff works diligently every day to ensure the 42 acres of land are maintained. Our focus is prioritized due to the increase of burials. Our short-term solutions are to handle the clearing of any Gopher mounds/dirt immediately when the staff observes the dirt-covered headstones or when families bring it up to our attention. We are currently exploring long term solutions with staff research and additional ways to deal with the problem. The District remains committed to serving the community."

Haughley said she and her family just want to see more done.

"We pay for this, our taxes pay for this, and when we inter someone here, we pay for it," said Haughley. "I grew up in Escondido, so I don’t walk through a path here and not know somebody. When you think about it, it is history. If these headstones could only talk."