Resident and firefighter injured in house fire in Oak Park

What started out as a quiet evening at home on Romo Street, ended up with the people living in the house escaping a fire. 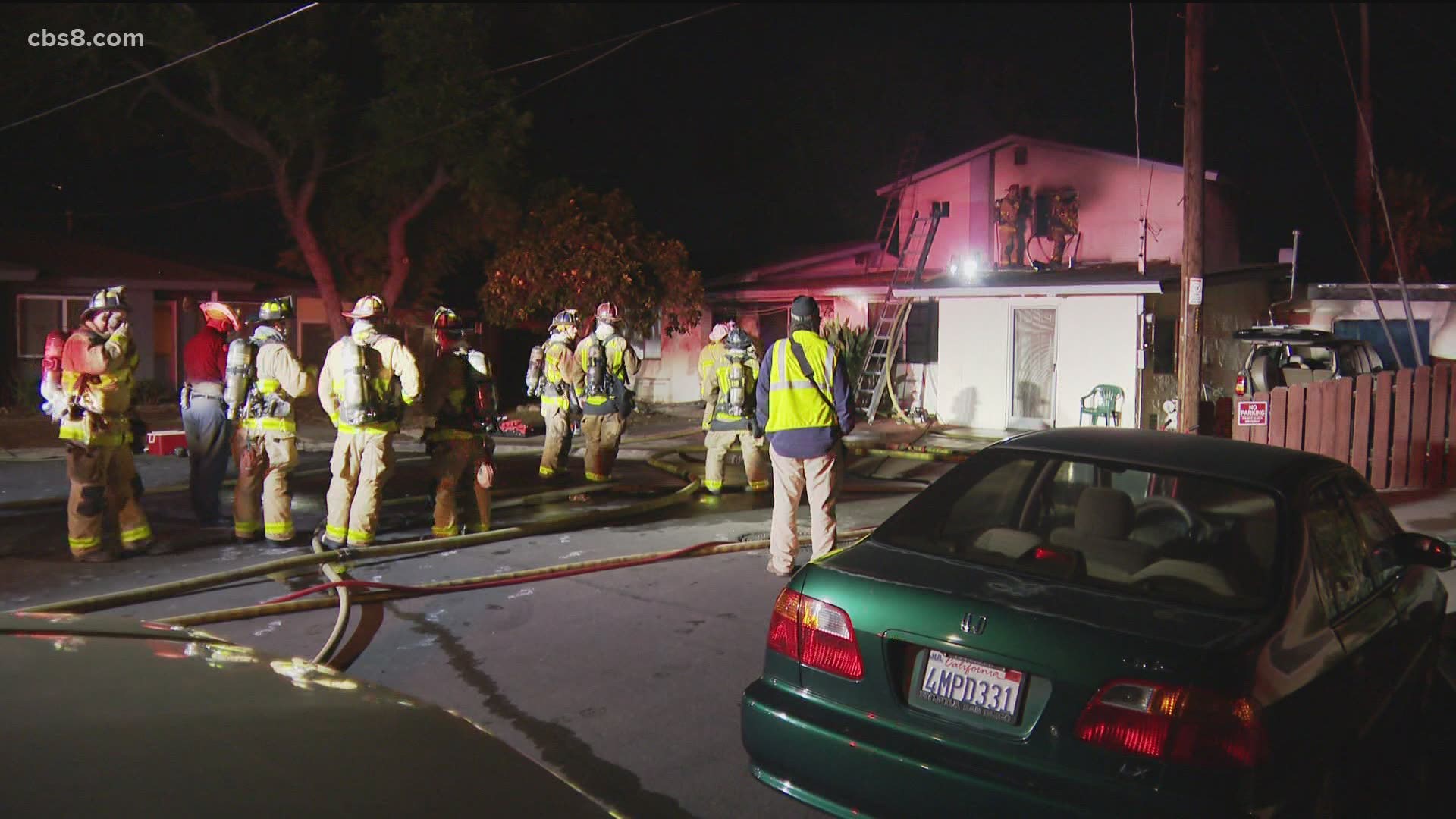 SAN DIEGO — A sober living home in San Diego with nearly a dozen people inside went up in flames Wednesday night, and the residents narrowly escaped. At least one of those people was injured as well as one of the firefighters on the scene.

News 8 spoke to one woman and her daughter who say it was a really scary situation. One minute they were relaxing, the next minute they smelled smoke, ran out of the house and warned others on the way out.

“I was in the living room, and my daughter was using the restroom and when she heard the fire alarm, she went into the back room and the mattress was on fire,” said Tricia, who lives at the sober living home with her young daughter.

The house, on Romo Street, is occupied as a sober living home and she says there were 10 people inside at the time.

“There were two babies that jumped off the balcony and then a kid,” Tricia’s daughter said.

San Diego Fire crews say they arrived at the home around 5:30 p.m. and found the house engulfed in flames and multiple people were still inside.

“They were able to evacuate three children as well as one adult female that had jumped from the 2nd floor. All four of those patients were treated and transferred to the University of San Diego Burn Center,” said Deputy Fire Chief David Gerboth, with the San Diego Fire Rescue Dept.

The deputy chief says the woman who jumped from the balcony suffered several broken bones and one fire fighter had a minor burn injury to his leg. Everyone else got out of the house and were treated for smoke inhalation. All of them will have to find temporary housing for now.

Fire investigators are still working to find out what started the blaze. Gerboth says he expects the injured fire fighter to fully recover.

A dozen people staying in a sober living home escaped after fire broke out at 6203 Romo in San Diego. Hear from one of the home’s residents tonight on @CBS8 pic.twitter.com/GDP1ZOw5kU