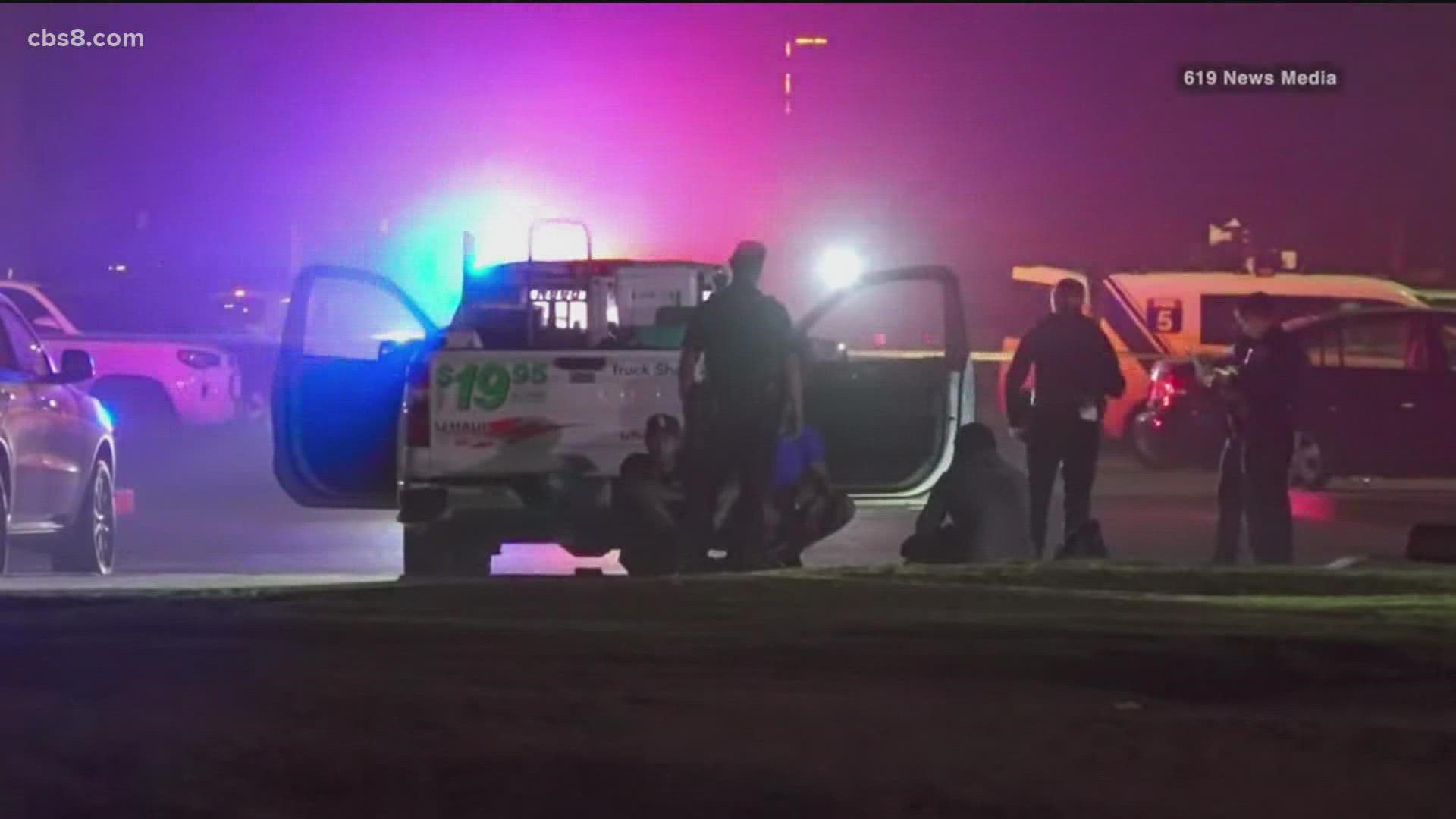 SAN DIEGO COUNTY, Calif. — For the second time in just over a week, an innocent bystander was hit in a shooting near Belmont Park. San Diego Police Department was still searching for the shooters as of Tuesday.

It happened around 9:30 p.m. on Labor Day near the bathrooms just south of Draft South Mission restaurant.

“We were scared for our lives. I really thought that was it,” said Kelley Sexton.

Sexton is still shaken up after gunshots rang out near her vehicle. She and her husband, who sell jewelry on the boardwalk, were resting in the back of their camper when it happened.

At least one bullet came through her windshield shattering the driver's side window. Another left glass fragments on the dashboard.

"If I was in the front seat, I'm sure it would have been a headshot,” said Sexton.

According to SDPD, four males got into a fight and as one of them ran away through the parking lot, he was shot at and reportedly returned fire. Ten casings were found.

One of those bullets hit a 61-year-old clothing vendor from behind in the shoulder as she was packing up her car.

She was parked right next to Sexton.

“When I saw she was sitting there on the bench, I just grabbed my First Aid Kit and rolls of gauze I keep on hand and I was like, trying to wrap her up,” said Sexton.

The woman was taken to the hospital with non-life-threatening injuries.

The shooting is one of at least three that have happened near Belmont Park in just the past six weeks.

On July 23, police responded to shots fired though they did not find a victim.

On August 28, three men and a woman were shot and no suspects have been arrested.

Lutfi Elias, who was having dinner nearby and heard the gunshots during the August incident, said he's worried about the increase in violence.

“You don't want to be able to bring your kids and worry about stuff like that. It's pretty sad,” said Elias.

On the CBS8 Facebook page, other people have shared similar concerns.

One woman wrote: “That's exactly why we never go to that beach. A lot of things have been happening lately.”

The mayor's office says police patrols will increase in the area.

Sexton and her husband say more needs to be done.

“These shootings … they have to stop.”

WATCH RELATED: Woman shot in the back near Belmont Park in Mission Bay (September 2021)