Suspect in custody after shooting near San Diego Convention Center

An individual fired at an officer and the officer fired back. Neither the officer nor the suspect was hit in the incident just after 7 p.m., according to police. 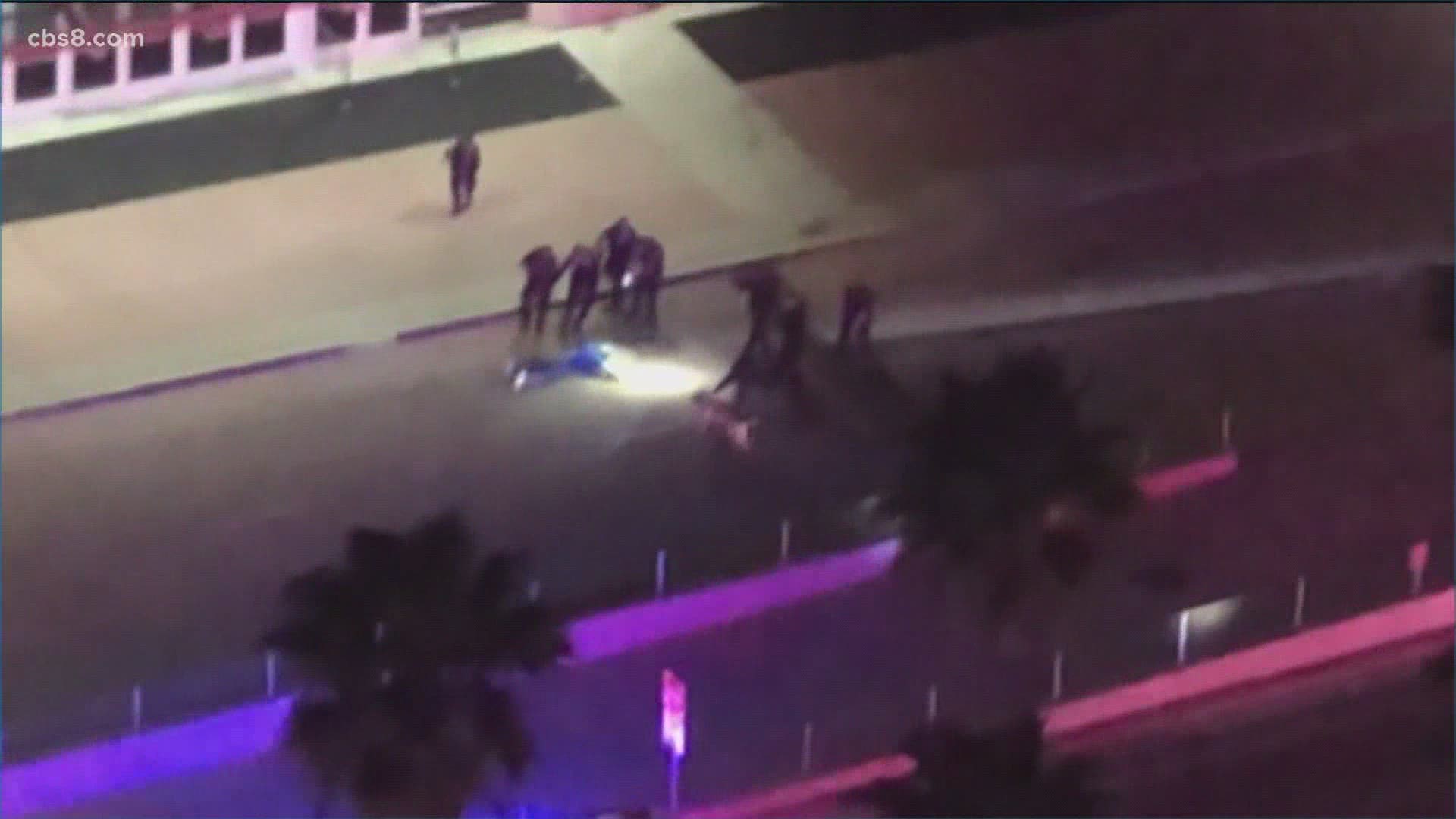 SAN DIEGO COUNTY, Calif. — A man was arrested Monday night after he reportedly exchanged shots with an officer in front of the San Diego Convention Center, according to San Diego Harbor Police.

Reports of the incident came around 7:05 p.m. and sergeant Timothy de la Pena with San Diego Harbor Police confirmed that neither the officer nor the suspect was injured in the altercation. The Harbor Police officer saw a man run a red light and pulled him over.  He approached the vehicle and believed that the individual was impaired.

The driver was asked to step out of the car and shot at the officer and the officer returned fire.

The suspect was arrested promptly as seen in witness video sent to News 8 from the Omni Hotel 22nd floor.

Onlookers dining at a local restaurant heard at least a dozen shots ring out through the area.

"We were eating burgers and all of a sudden we hear this 'pop pop pop pop' and it stopped for a second and then another set of pop pop pop's and then it passed again," a woman who goes by Christina said.

The 29-year-old suspect was taken into custody but has not been identified.

This is a developing story, please check back for more information as it comes in.

WATCH: Video taken from the 22nd floor at the Omni Hotel across the street show the suspect taken into custody by officers: