"The genome is the code of life. It's a blueprint for being a human being, and everybody's blueprint is different." 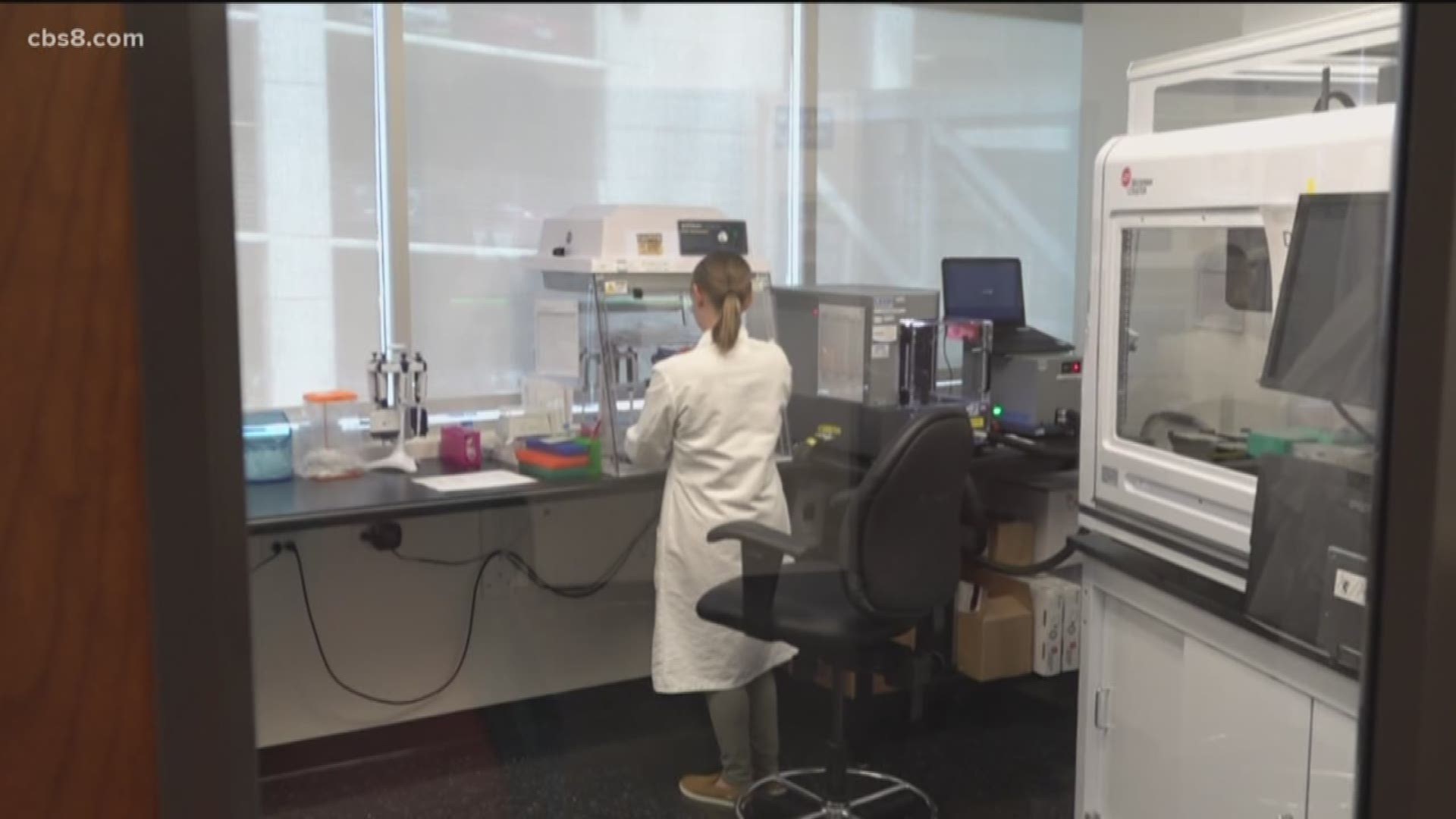 SAN DIEGO — How much do you know about genomic medicine? It may sound like science fiction or futuristic, but doctors in San Diego say they are using it to save lives.

Dr. Stephen Kingsmore, president and CEO of Rady Children's Institute for Genomic Medicine, says, "The genome is the code of life. It's a blueprint for being a human being, and everybody's blueprint is different. It's the full instructions of making you, you. "

That blueprint is complex.

“It's the equivalent of a book 425-feet tall,” said Dr. Kingsmore. “That's how much information is needed to code for a human.”

But now, thanks to cutting-edge technology, doctors are able to read that book to find any errors by decoding a patient's DNA.

"It just takes one mistake to trigger a genetic disease,” Kingsmore said.

The process is called whole genome sequencing, and at Rady Children's Institute for Genomic Medicine they're saving babies' lives.

RELATED: Project Baby Bear is first of its kind in U.S.

“She's just received a sample, it's what we call ultra-rapid, this means it's a critically ill baby,” said Kingsmore.

During News 8's visit, scientists raced against the clock at the institute.

"And here we do the next step to get the DNA ready to go onto the sequencer,” Kingsmore explained.

The sequencer will hopefully help that baby's doctors and parents. It will read the baby's genetic code and determine what's making the baby so sick. Outside of this institute, it's a process that can take weeks, even months.

But Dr. Kingsmore and his team have done it in under 20 hours. In fact, he holds the Guinness World Record for fastest genetic diagnosis and says even minutes matter.

“In some cases, you have to get the treatment immediately or the baby may die or have organ failure,” Kingsmore said.

The diagnosis of a genetic disease in under a day is something that was unheard of just a decade ago.

"If you think about it, it's fairly astonishing,” Kingsmore said. “The first human genome - it took 13 years to decode, it cost $2.7 billion, and now we can do it in less than a day.”

Dr. Kingsmore credits San Diego-based Illumina for the groundbreaking technology that helps pinpoint which of the 14,000 known genetic disorders a baby has, allowing for the proper treatment and often making the difference between life and death.

"This is probably the most exciting application for Illumina's technology,” he said. “There's nothing else today where you can say, ‘wow, I saved a life this week.’”