San Diego prohibits homeless from living and sleeping in vehicles

It's a restoration of a law that was previously in place, replacing a nearly 36-year-old ban that the council unanimously voted to repeal in February. 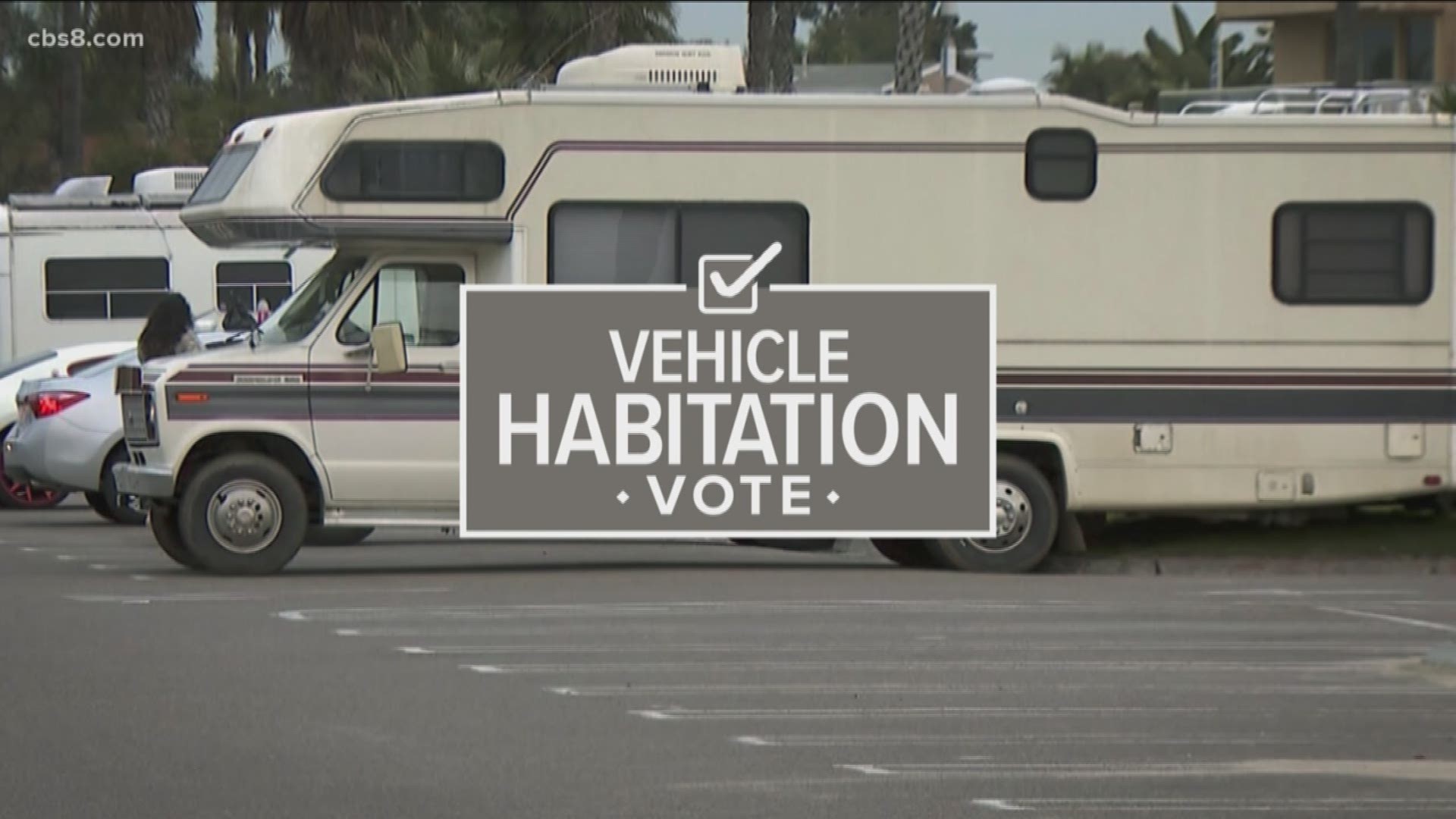 SAN DIEGO — The San Diego City Council voted Tuesday in favor of an ordinance that places a limited ban on residents sleeping overnight or living in their cars within city limits.

The ordinance makes illegal for residents to sleep in their vehicles from 9 p.m. to 6 a.m. (when shelter beds are available or "safe" parking lots are open) or at any time within 500 feet of a residence or school, excluding colleges and universities. The ordinance considers residents to be living in their vehicle if they use it for things like sleeping, bathing or preparing meals.

The Public Safety and Livable Neighborhoods Committee approved the proposal last month, sending it to the city council for a final decision.

It's a restoration of a law that was previously in place, replacing a nearly 36-year-old ban that the council unanimously voted to repeal in February. The city had not enforced the old ban since last year, when a federal judge issued an injunction because the ban was unconstitutionally vague in how the city defined a person as living in a car.

RELATED: San Diegans frustrated with trash left behind by people sleeping in cars

RELATED: San Diegans are worried about people sleeping in cars

Council members and community members in favor of the revised ban said San Diego recently has been flooded with homeless. They emphasized that the goal is to encourage residents living in their vehicles to use monitored parking lots where residents can safely sleep overnight and access job training and housing assistance services.

There are four safe parking lots open in the city, with a fifth set to open in June. There also are 2,700 government-funded shelter beds available. 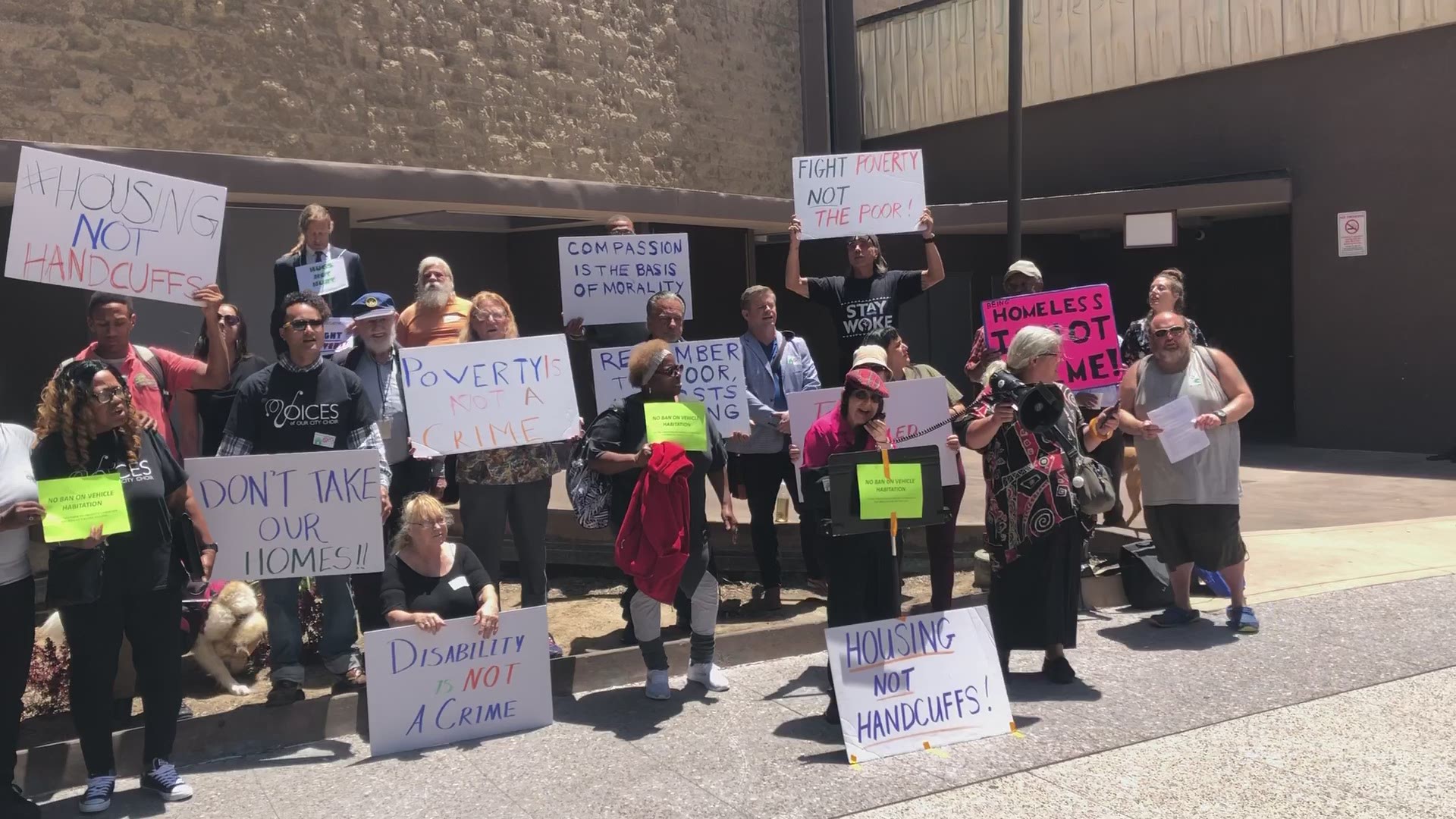 The council approved the new law 6-3 after more than three hours of debate and public testimony Tuesday at City Hall. Dissenting votes were cast by Council President Georgette Gomez and members Monica Montgomery and Chris Ward.

Taking effect immediately, the law was approved as an emergency ordinance.