These clips from the News 8 archives capture some of the excitement as it was relived on the 10th and 20th anniversaries of the moon landing. 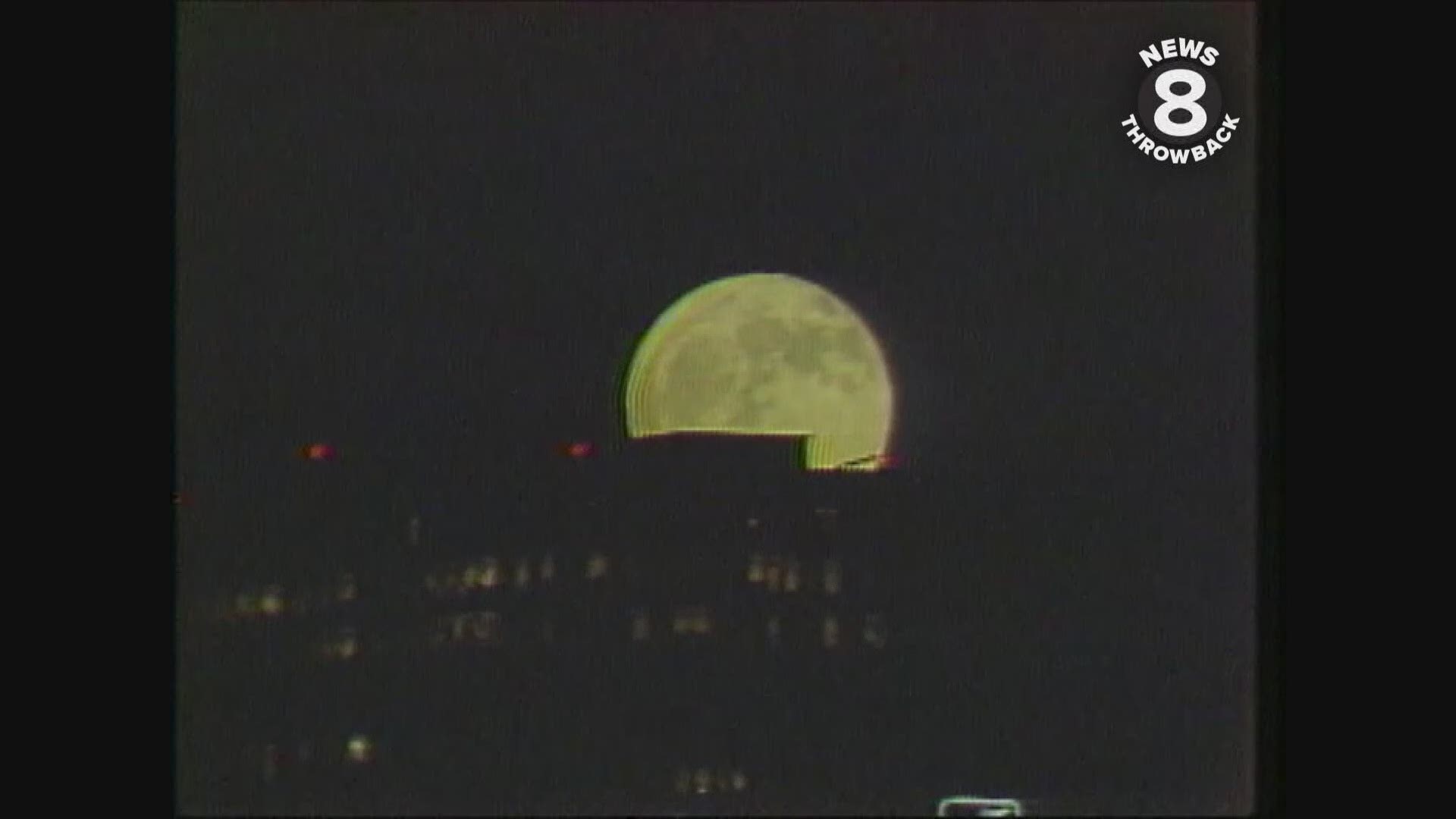 SAN DIEGO — This week marks an important milestone in United States history. Fifty years ago, three American astronauts left Earth on spaceflight Apollo 11 for an exploration of the moon. San Diegans, like many across the country, were riveted by the out-of-this-world undertaking.

People around the world – or at least 500 million of them - watched as Apollo 11 touched down on the moon’s surface on July 20, 1969, just a few days after leaving Kennedy Space Center in Florida. Half-a-century later we are among many reflecting on that time and the achievements by the crew which included Commander Neil Armstrong, lunar module pilot Buzz Aldrin and command module pilot Michael Collins.

RELATED: One small step for woman | The future is female for NASA's next moon missions

Presenting a throwback within a throwback, these clips from the News 8 archives capture some of the excitement as it was relived on the 10th and 20th anniversaries of the moon landing. Also included from 1980, is a snippet of a News 8 interview with Walter Cronkite about his illustrious career which included his iconic coverage of the moon landing.

We hope you enjoy this trip back in time and among the stars.

In 1979, the moon landing was celebrating its 10th birthday and News 8’s Shirley Clum looked back at footage from July 20, 1969 and talked to folks about their memories of that historical day. “Everything else is small... We’re cutting hair here, and those guys are up on the moon,” a barber at Pickwick Barbershop said. “It’s unbelievable.”

RELATED: Apollo 11 moon landing remains one of the most watched TV moments

In 1980, News 8’s Michael Tuck interviewed legendary newsman Walter Cronkite about notable moments in history that he reported on including the excitement surrounding the Apollo 11 moon landing.

RELATED: Apollo 11 at 50: Celebrating first steps on another world

Twenty years after Apollo 11 landed on the moon, News 8's Chris Saunders presented a two-part special highlighting the milestone of American history. Chris shared that in 1961 he had brought a model of a spacecraft to his sixth-grade class and explained how man would someday walk on the moon. Chris said even his teacher laughed and no one believed him. Decades later, Chris came full circle in 1989 as he spoke to a sixth-grade class about their knowledge of the moon landing. In part two, Chris spoke to astronaut Bill Anders, astronaut-turned-commentator Wally Schirra, and others about the moon landing and other space missions that marked the 20th century space race.

RELATED: 11 interesting facts about Apollo 11 you may not know