For this week's Throwback, we're taking it back to college and high school graduation ceremonies of yesteryear. 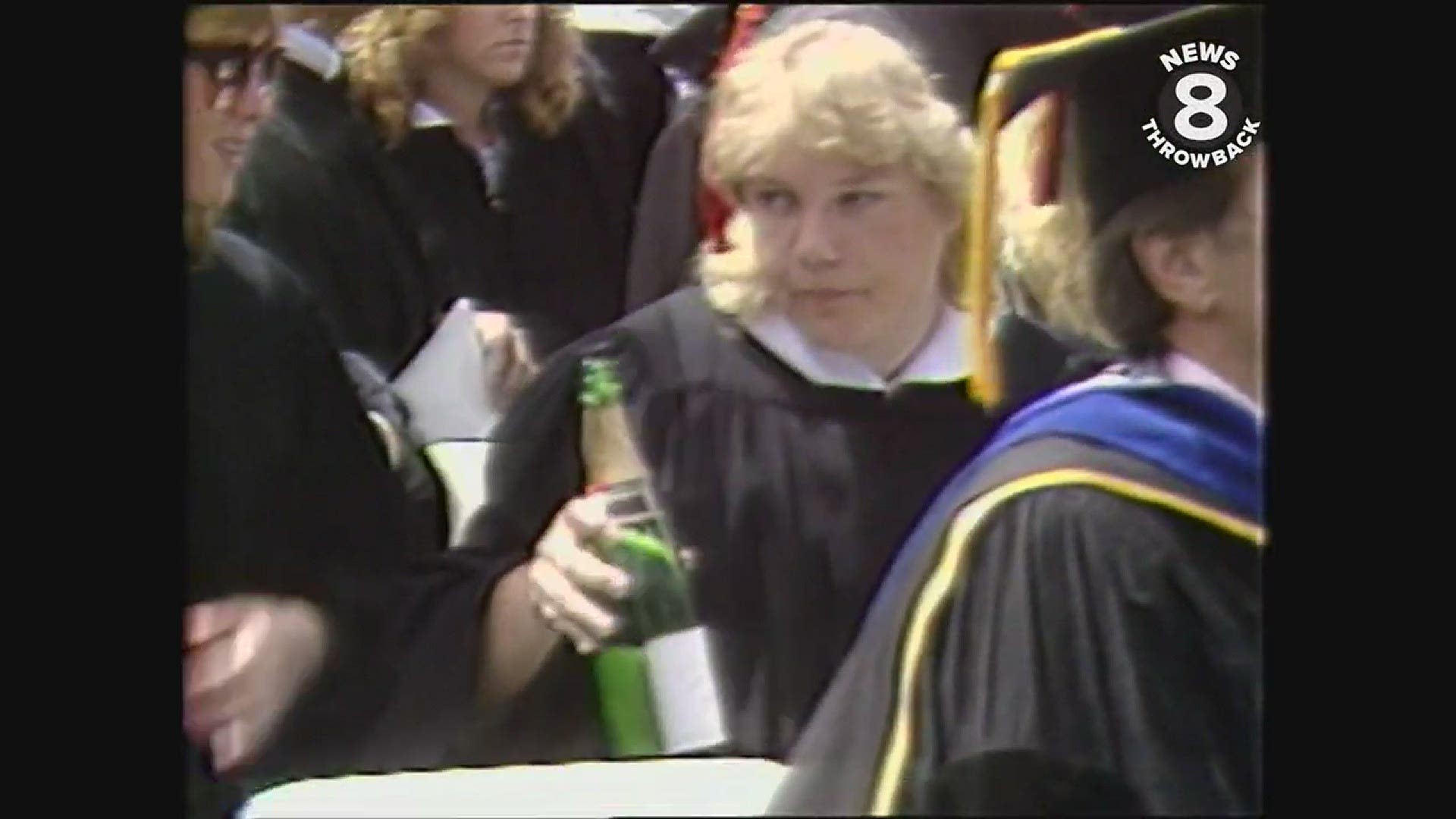 SAN DIEGO COUNTY, Calif. — It's that time of year again--graduation season is upon us. Ceremonies are back for the class of 2021. In celebration, we're taking it back to college and high school graduation ceremonies of yesteryear. And we also have some fun Throwback photos to share of News 8 anchors and reporters on their graduation days.

They were the first class to graduate from University City High School that attended all four years. The school opened its doors for the first time in 1981 (which we have News 8 archive footage of here) when these students were freshmen. News 8 photojournalist Joe Wiedemann was there to capture the sights and sounds of their big day.

This graduation ceremony at San Diego State University in 2001 included more than 1,200 students. Among the graduates were many aspiring teachers including Debra Bird who spoke to News 8 about her journey as a single mom of three who took a leap of faith on continuing her education to become a high school science teacher. She said she was ready to start her new career and loved working with kids.

This News 8 story from 1998 features graduation for San Diego State's Health and Human Services students. The commencement speech was delivered by SDSU alum and TV host Art Linkletter who graduated from the school in 1934. News 8's Pat Gaffey spoke with Linkletter about his advice for the graduates and his keys to success. Outside SDSU's Cox Arena - which was new at the time - Pat spoke with students about career opportunities and the money they had spent getting an education.

It wasn't all pomp and circumstance at the SDSU graduation ceremony in May 1985. Students in a celebratory mood drank champagne, played with a giant beach ball, and threw paper airplanes. Valedictorian Graham Kent started his speech by asking "are we having fun now?" The answer was an exuberant yes. David Cohen talked to graduates who had various plans regarding post college life. The commencement speaker was John Scali, the United States Ambassador to the United Nations from 1973 to 1975. From 1961, he was also a long-time correspondent for ABC News.

Graduation Day at Mission Bay High School on June 16, 1987, meant pomp and circumstance plus big bangs and bigger earrings. This look back at a mid-'80s occasion means catching glimpses of the styles of the time. News 8 Artie Ojeda spoke to some of the students and parents about what the day meant to them.