Three of the restaurants from these News 8 archive clips are still in business—Rudford’s, Perry’s Café, and Crest Café. 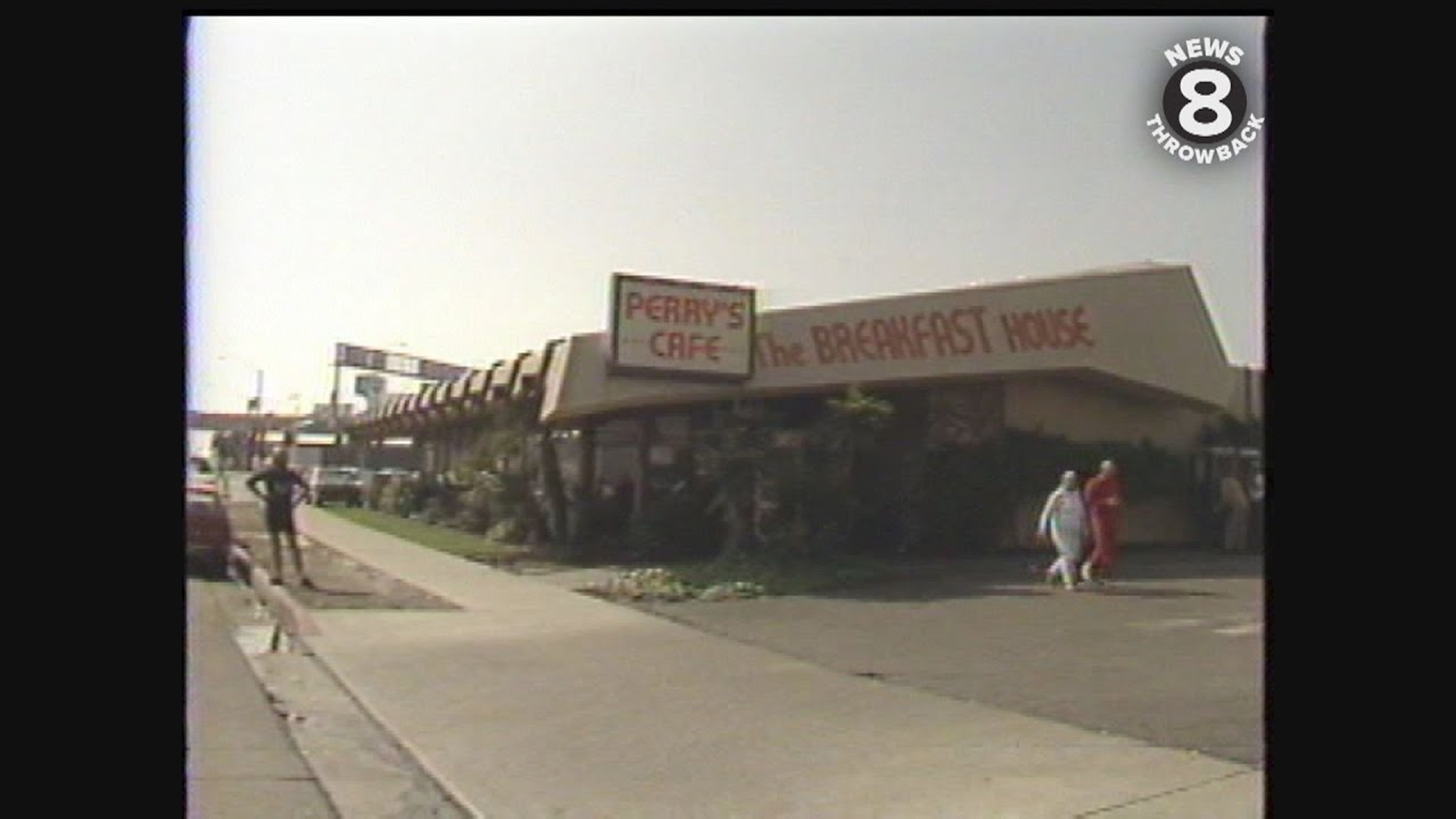 SAN DIEGO COUNTY, Calif. — We’re serving up another helping of Unknown Eater reviews - a 1980s edition. Three of the restaurants are still in business—Rudford’s, Perry’s Café, and Crest Café. Plus, you might remember the others - including Soup Exchange, and a few romantic restaurants the Eater suggested for Valentine’s Day 1983.

Always open, always good - according to the sign. Since 1949, Rudford's in North Park has been open round the clock serving customers delicious diner fare. The regulars were there when the Unknown Eater dropped in in 1986. One man said he ate there once a week for 30 years and a woman said she ate there every other day! Ham and cheese omelets, French toast, and waffles were customer favorites. Eater had a couple of minor complaints but said overall the food was great. They're still open 24/7.

News 8's TV doctor Jeff Sandler told the Unknown Eater Bob Rockstroh that the burgers were terrific at Crest Cafe in Hillcrest. So he decided to give them a try. He agreed. They cost $2.75 up to $5.95 and included homemade potato chips. Crest Cafe was new in 1983 and 38 years later, in 2021, they're still serving up delicious food. They are no longer in the location in this footage but you can find them nearby on Robinson Avenue.

Perry's Cafe was two years old in 1987 and now it's practically an institution in San Diego. In 2021, it's still serving up hearty breakfasts for truckers and everyone else. The cactus breakfast was a highlight and only $3.50 and the Unknown Eater said it was great. He had a couple of minor complaints, but for the most part, he walked away a satisfied customer. Perry's is open for breakfast and lunch as of 2021.

It might cost $50 but why not splurge for Valentine's Day says the Unknown Eater. These restaurants made his list for romantic places to dine with your sweetheart. The Inn at the Park, near Balboa Park, was open late so a good choice for after movies or plays. L'Escargot in La Jolla featured roast duck that came highly recommended. For food with a view of the harbor, he suggested Papagayo which offered seafood served Mexican style. Nothing fancy about Esperanto in Pacific Beach but they had the best croissants stuffed with everything under the sun. His best idea was to order food to go from Piret's and eat and drink a bottle of wine in front of a roaring fireplace--a perfect night indeed.

It was only a few weeks old when the Unknown Eater visited Soup Exchange in Clairemont/Kearny Mesa, right down the street from News 8. He proclaimed it wasn't cheap--$5.50 for all-you-can-eat soup and salad bar. They had a wonderful selection of fresh greens and employees cleaned often to make sure it was spotless. Muffins were on the menu and the blueberry ones were highly recommended. It closed in the early 1990s and Lolita's Taco Shop is in the building now.