News 8 looks into the history of Ocean Beach, and what it's like today. We revisit Newport Avenue businesses, the pier and the people featured in 1987. 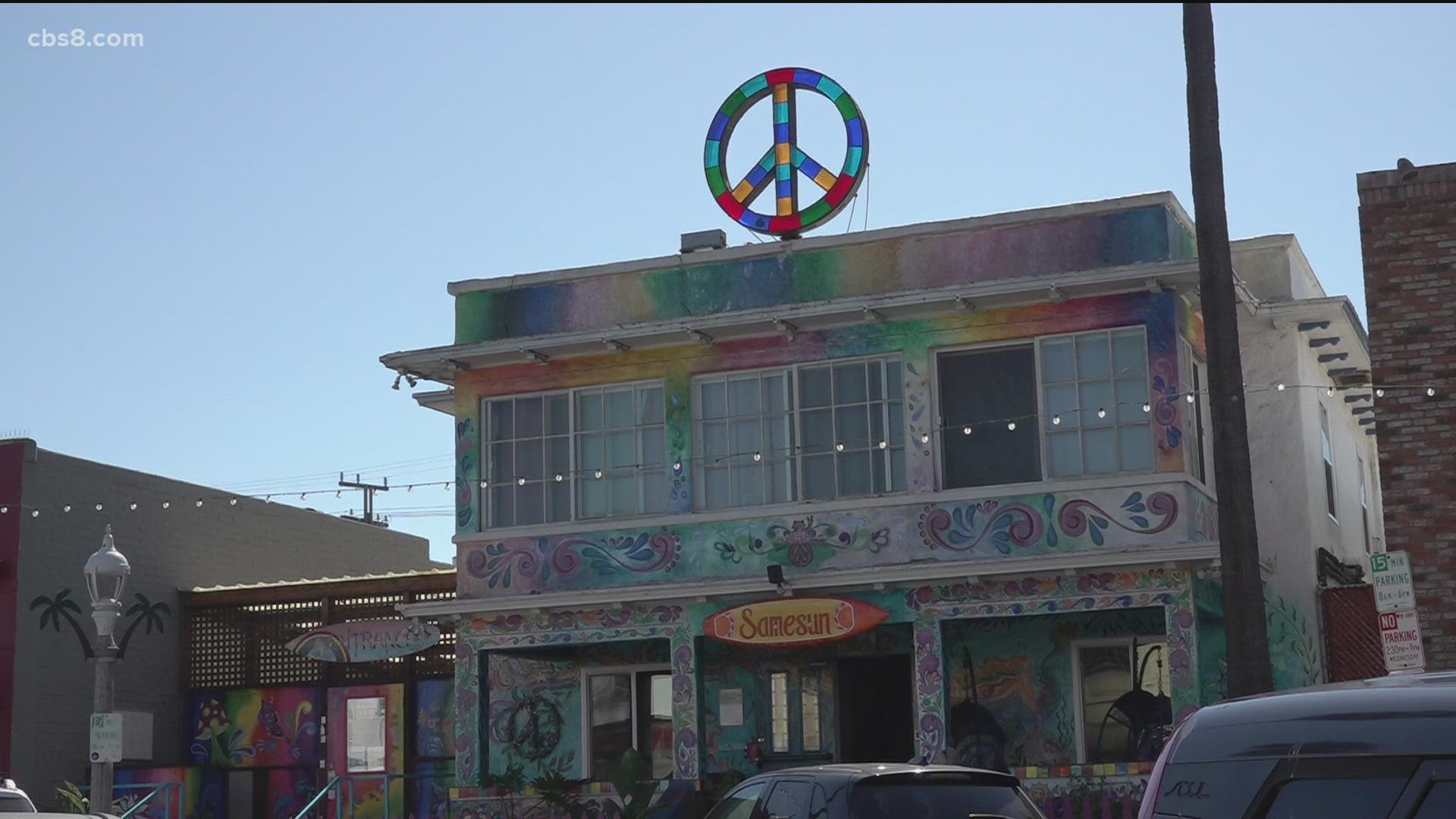 SAN DIEGO — When we look back at the 1970s and '80s a lot has changed in Ocean Beach but not the people and the scale of mom-and-pop shops down Newport Avenue.

“Look around you, it's still peace, love, and happiness,” said Gregory Longway.

The eclectic character is the same as it’s always been.

Over the years News 8 will dig up vintage video of Ocean Beach.

In 1987, Ocean Beach was featured in a community special featuring Lowens Department Store.

“I used to knit and crochet and get all my yarn in OB. I used to get to Lowens and Cornet,” said Gail Hathaway Dunn.

Lowens is now Creations and Trendsetters and next door is where Denny Knox’s store, Cabrillo Art Center used to be in the 4900 block of Newport Avenue - it is now OB Surf and Skate.

“It was like old home week all the time,” said Knox, OB MainStreet Association Executive Director.

In 1978, Knox started the OB MainStreet Association when there were fewer shoppers and there were more parking spaces available.

Now there is Wednesday night Farmer’s Market which OBMA started in 1992, the drum circle at Veteran’s Park and dog beach by the jetty.

While the small scale of the buildings remain the same, the storefronts have changed.

“When I was growing up it was Peninsula Bank which is no more and now a Starbucks,” said Steven Phillips, Ocean Beach native and author.

It is the only Starbucks in OB and it was not originally welcomed to the community.

People protested when it opened in 2001. Many tend to resist change. Phillips moved to OB in 1952. He’s written a few books about OB and recalls protests including over the Target where Cornet used to be.

“We don't want change and we dig our heels in at every turn,” said Phillips.

Houses are much bigger and more expensive. Twenty years ago a house on the hill may have cost less than $500,000 now they are $2M or more.

“I like to come back and visit. I could never afford to live here again,” said Phillips.

A drive down memory lane on Newport Avenue and you’ll see new storefronts.

“Almost all of it is gone and changed,” said Hathaway Dunn.

Not all has changed.

Chris’ Liquor has been on the corner of Sunset Cliff Boulevard and West Point Loma Boulevard since 1956.

“Started with a broom and worked my way up to ownership and it's been a good life,” said Gregg Stravos, owner of Chris’ Liquor.

His dad opened the liquor store and deli in 1956 and Stravos bought it in 1986. The classic red sign is gone.

“I remember when the city made me take my sign down because it was out of code,” said Stravos.

Down Sunset Cliffs Boulevard you’ll recognize the churches, the Shell station -  gas is much more expensive today than it was in the '70s.

Olive Tree Marketplace, which is Gregg’s brother’s store is still on Sunset Cliffs Boulevard and Narragansett Avenue, across the street is Victory Wines and Spirits.

“Victory Liquor - I worked there for 10 years,” said Stravos.

Down Newport is the famous smoke shop The Black which has been in OB since 1967, across the street there is still a line at Hodads, there’s the annual quirky Christmas tree at the foot of Newport and Abbott Street and the holiday parade.

The barbershop next to the Old Town House Restaurant is gone but not the café or some of its workers.

“If I don't pass away I'll be here,” said Danny Nunez.

In 1978, the late Cathy Clark reported about the new parking lot by the pier. She said residents didn’t like it and were concerned about transients and wanted police to do something about it.

In 2021, people are still complaining about the homeless and drugs going on down by the wall.

“Those were the good old days. There is nothing like what it is now It's totally, some people would say, has gone to the dogs,” said Phillips.

The longest concrete pier on the West Coast is still there but it’s in disrepair and so is its future.

Where the Ferris wheel was in 1958 is now Veteran’s Park that’s overrun by street vendors.

OB’ers like to call themselves Obecians but some beg to differ.

Still, there’s so much funk to love about Ocean Beach.

“There is something special about the magnetic field or something,” said Phillips.

One thing is still for certain, Peace, Love in OB.