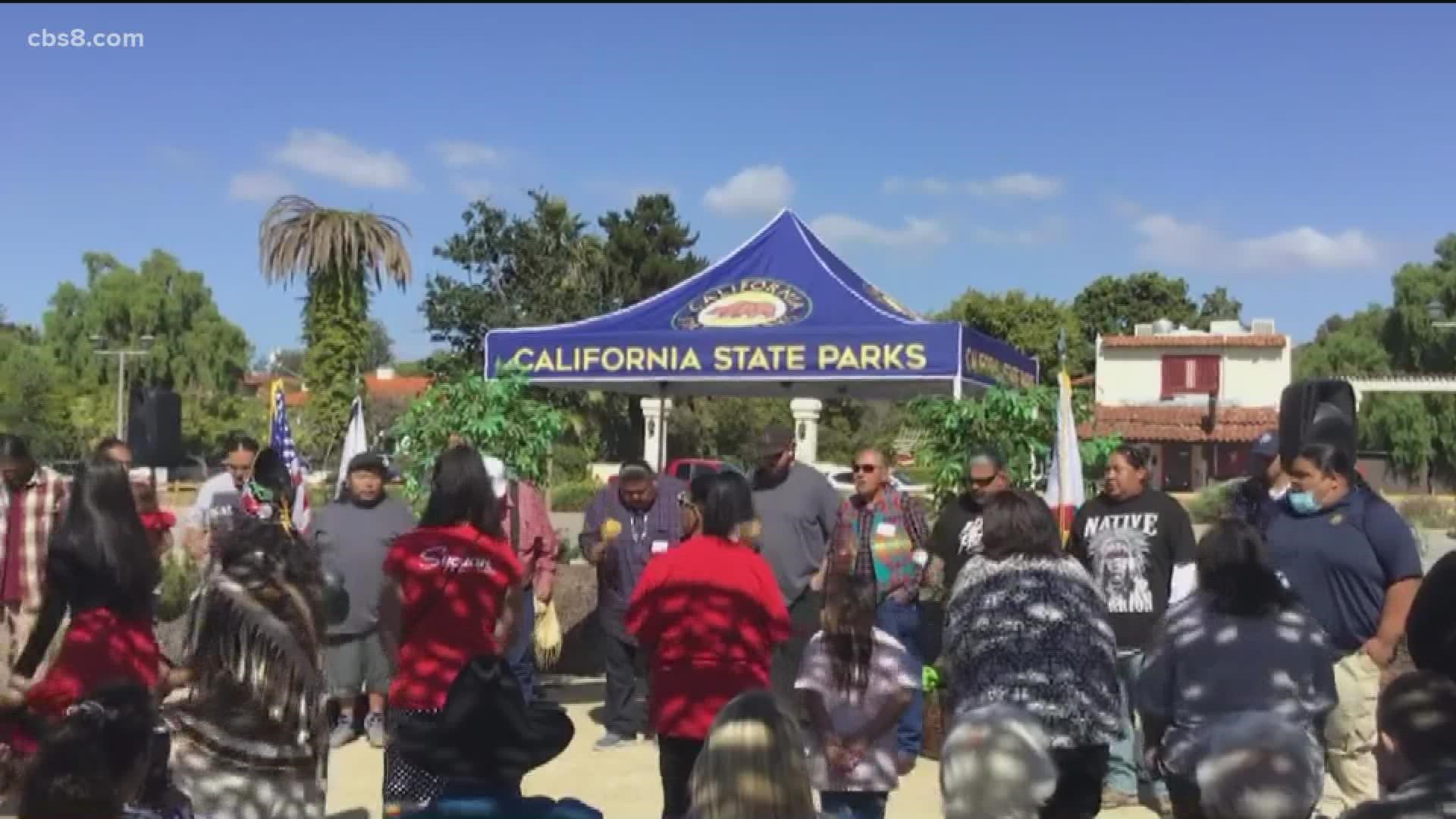 SAN DIEGO — As we continue our Then and Now series on San Diego’s neighborhoods, we head to Old Town, one of the most visited places in California. It’s also known as the birthplace of California and though it continues to preserve a lot of its past, it’s what’s happening now that attracts people from all over the world.

Bazaar del Mundo in Old Town is celebrating its 50th anniversary this week with Mayor Todd Gloria planning to attend the opening ceremony. A lot of things have changed in Old Town but one thing that hasn’t changed is Old Town’s rich history and culture.

As one of the most popular places to go in San Diego, Old Town brings in about four million visitors each year. Old Town’s history tells the story of how San Diego began in 1769 with the arrival of Spanish settlements but it's the festivals, restaurants, and shopping, that keep people coming back.

“I really like this crystal shop called South American Imports right there. They have great prices, I’m really into crystals. The vibes are great!” said one visitor.

San Diego Avenue is where you can find some of Old Town’s most unique places. Café Coyote opened its doors over 30 years ago, still has the same owner and was recently voted San Diego’s Best Mexican restaurant by the CA Restaurant Association.

“We’re popular because we’re doing all the right things. Like our fresh tortillas, we’re very famous for our fresh tortillas, our margaritas, we put in really, good ingredients," said Christine Smith, Café Coyote Manager. "We have a great staff. We have ladies that have been here 20, 25 years. We have a lot of people that have been here a really long time.”

People began living in the area now known as Old Town thousands of years ago. They called themselves Kumeyaay. A new 2 ½ acre exhibit called "Land of the First People" was recently added to the State Park in their honor. Old Town’s 12-acre State Park was created in 1968, just before celebrating the town’s 200th anniversary.

“The first people started their civilization here about 10,000 years ago and they’re still here. So, that’s another reason why the new addition to the state park is so relevant,” said Fred Grand, Old Town Chamber of Commerce President.

With nearly two dozen historical sites and museums, the Whaley House is perhaps the most talked about. Built in 1856, it was named America’s Most Haunted House by the Travel Channel, and a horror film, The Haunting of Whaley House, was made in 2012. It’s now a museum, hosting tours seven days a week.

The Trolley Tours are one of Old Town’s biggest attractions. Each year the trolley transports about 400,000 people around Old Town and parts of San Diego.

The tours in Old Town were started in 1989. The orange and green trolleys travel a 25-mile loop, visiting 11 neighborhoods and stopping in each one along the way.

“We have the benefit of a major transportation hub being located right here at the Old Town station. So, people don’t need to drive to get here. They can take public transportation, or they can take the trolley," said Fred Grand, Old Town Chamber of Commerce President.

Grand says with 450 businesses and 32 restaurants, Old Town’s economic landscape is in good shape and continues to grow.

“We’re like other parts of San Diego. We want to encourage more residential development when it’s done well. Maybe some multi-family residential. We updated our community plan not too long ago and doubled the amount of residential that could be built here,” Grand said.

Bazaar del Mundo in Old Town will also celebrate its 50th anniversary from November 4th through November 7th. Opened in 1971, Diane Powers, owner of Casa Guadalajara, created a unique shopping and dining experience in San Diego that continues to attract thousands of visitors to the historical Old Town State Park every year.