Those who gathered kept 8 minutes of silence in honor of George Floyd. 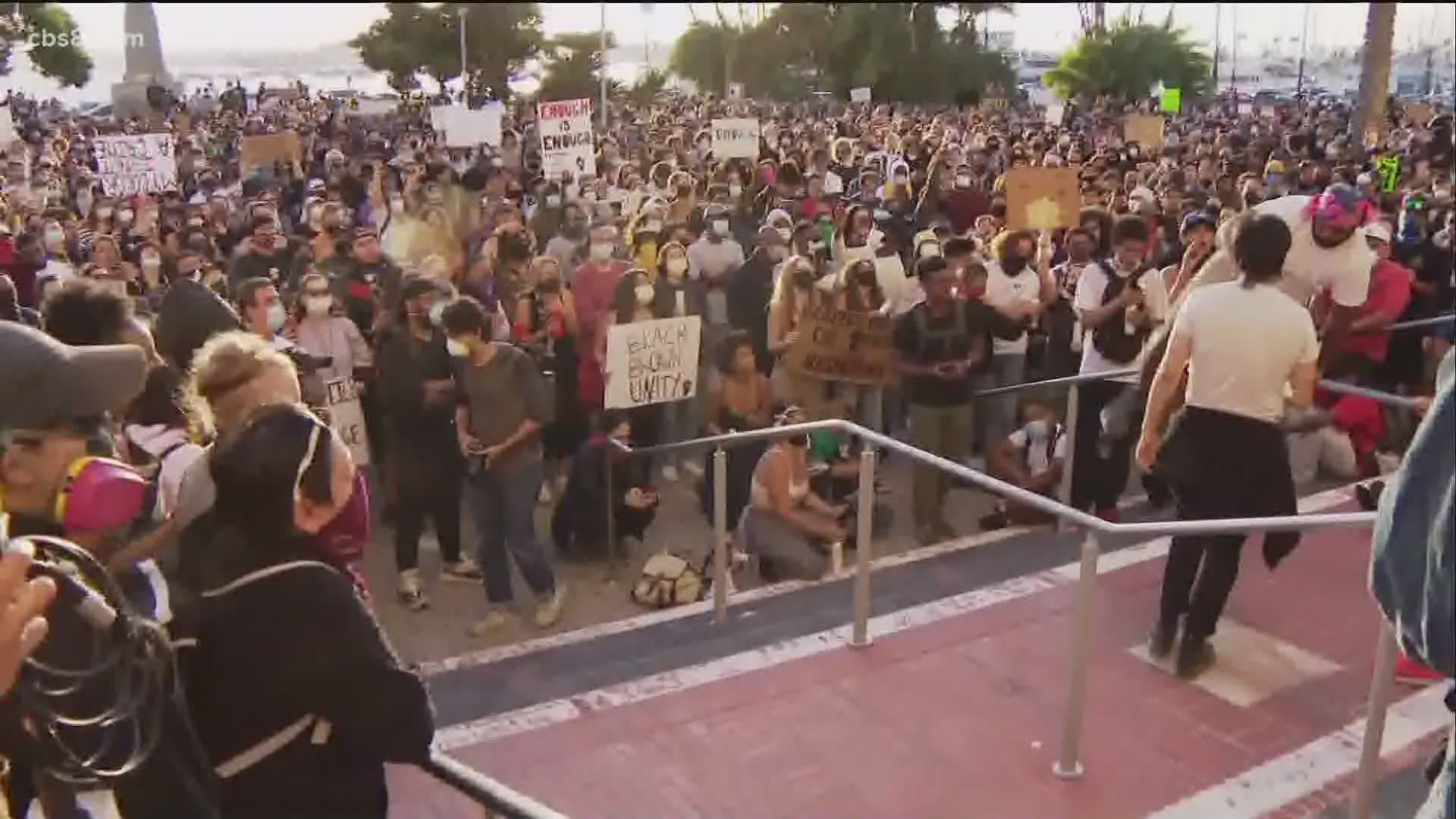 SAN DIEGO COUNTY, Calif. — Hundreds of San Diegans gathered Sunday evening in front of the San Diego County Administration Building in downtown for a vigil in honor of George Floyd.

By nightfall, deputies have declared the vigil an unlawful assembly, and were asking protesters to disperse. The crowd took off running after tear gas was deployed by authorities.

During the vigil, those who gathered kept 8 minutes of silence in honor of George Floyd.

Floyd died after a Minneapolis police officer pressed a knee on his neck during an arrest. His death has sparked tense protests across the country.

Jeff Collins, a county spokesman, said the state of emergency was declared in part so the sheriff's department could impose a curfew for unincorporated areas.

He said it would also allow the county to seek federal reimbursement if needed.

After a day of protests, including a vigil in front of a county administration building, downtown San Diego "seems to be peaceful at this time," he said.

Earlier in the day, the San Diego Police Department used tear gas and flash-bang grenades against protesters and issued an unlawful assembly order in the area of Broadway downtown because of escalating violence.

In the wake of violence in San Diego and across the nation, several San Diego County cities issued curfews.