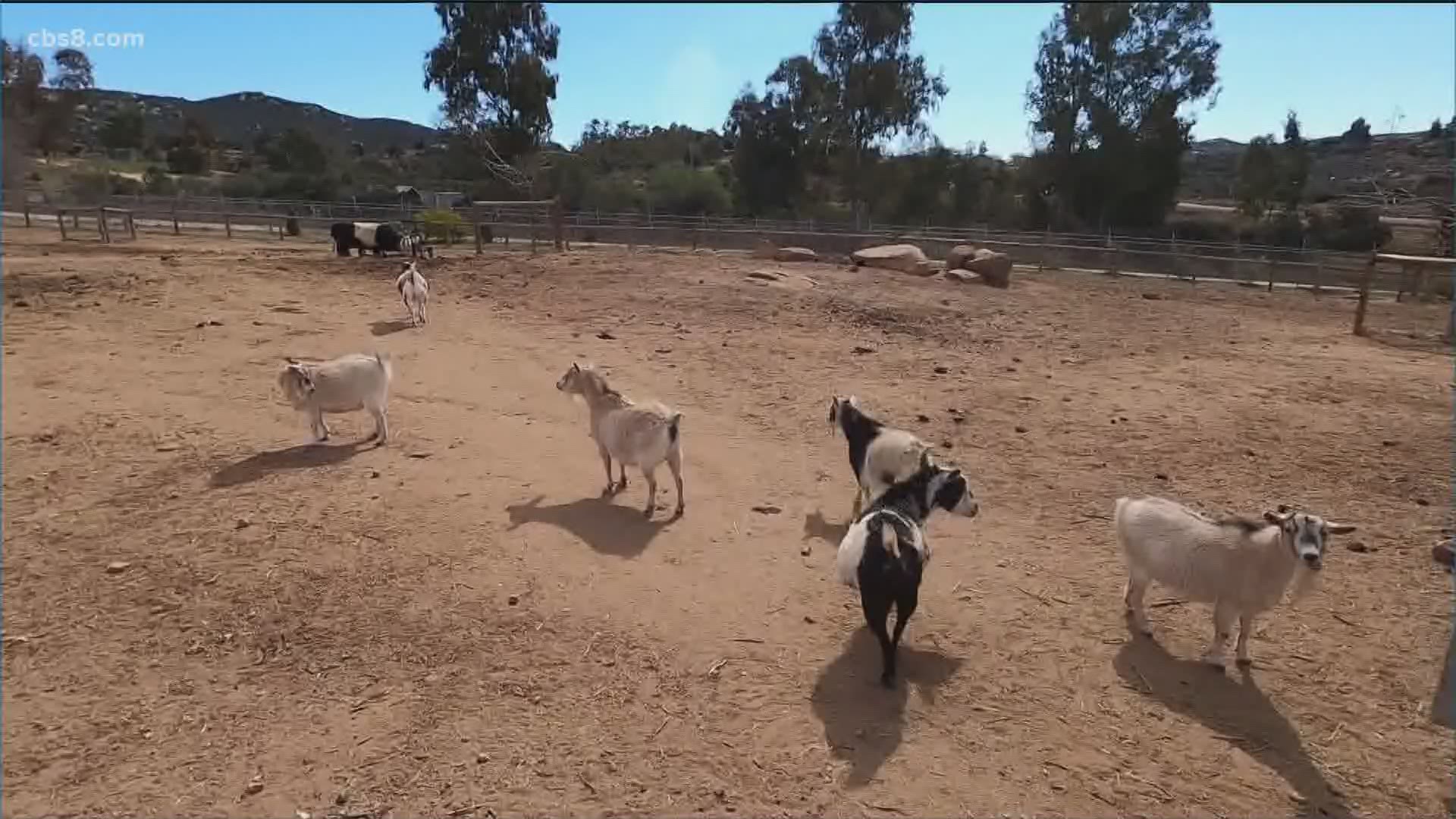 SAN DIEGO COUNTY, Calif. — As the Valley Fire forced people out of their homes, it also led to the evacuation of hundreds of animals, including at the Children's Nature Retreat, a nonprofit sanctuary in Alpine.

The owner told News 8 on Thursday, while the majority of her animals are safe, the fire is yet another challenge to overcome in what's already been a difficult year.

Agnes Barrelet isn't used to it being so quiet at the property. But, on Sunday, as the Valley Fire raged nearby, she knew it was time to pack up what animals she could and go.

“We had all of our horses, mini horses, all the goats, all the sheep, all the bunnies, the guinea pigs," she said.

Ranchers, volunteers, as well as the San Diego Humane Society all brought trailers and worked together to get them out safely.

“It was very hard, but at the same time, it was beautiful to see everybody coming together to help us and help our animals," Barrelet.

The majority of her animals, as well as the ones who stayed, were OK as of Thursday as was the 20-acre retreat.

Sadly though, four didn't make it, including two mini horses, a rooster, and a camel named Sheeba. Barrelet believes stress contributed to their deaths.

“There is no word to describe what we had, what we feel, you know," she said. "We try not to think about it.”

The last few days have been extremely hard for a lot of people in the community and California. The Retreat has been...

Though her animals will return home in the coming days, Agnes said things won't be back to normal.

Like many businesses, due to the coronavirus pandemic, the retreat was closed to visitors for months. The Valley Fire has shut her down again.

Barrelet is losing crucial revenue that helps pay to care and feed for the animals, which costs about $35,000 every month.

Barrelet hopes to reopen next week and in the meantime, she's relying on donations.

The Children’s Nature Retreat is where animals live out their lives. Most have been rescued from owners who couldn't care for them, or in some cases, slaughterhouses.

Barrelet can't envision not doing what she does and said she just has to figure out a way to keep it going.

“The love these animals," she said. "[What they] give you is priceless. It's my passion.”