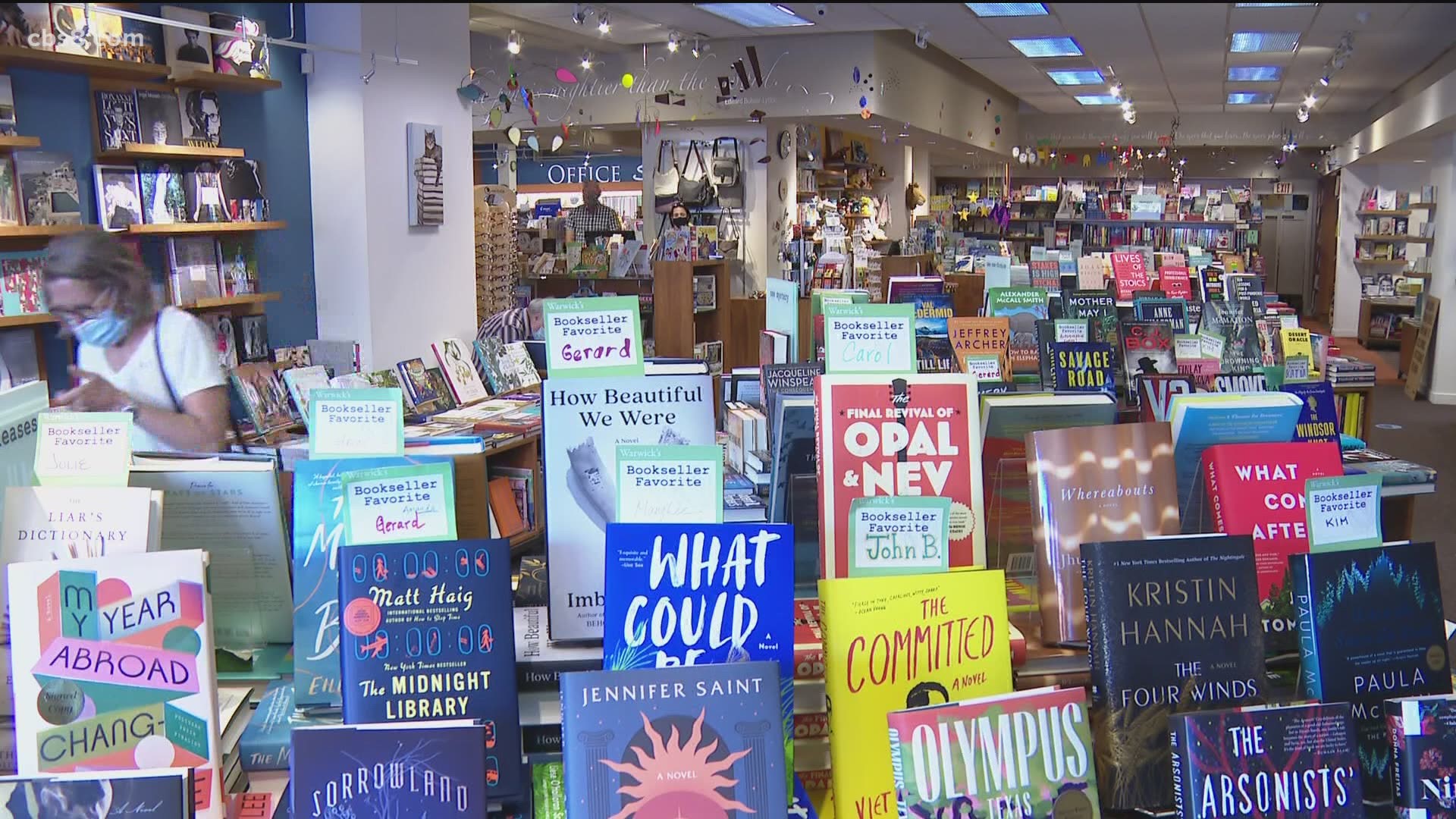 Warwick's was in danger of having to close its doors for good but some loyal customers and investors pooled their money to save it.

The shop prides itself on being the oldest continuously family-owned and operated bookstore in the U.S. Warwick's has been in the family for 125 years, starting in Minnesota in 1896 then moving to Iowa and then La Jolla with a brief move and then back to Girard Avenue.

“It’s been a great source of pride that we have such history in the same location,” said Nancy Warwick, owner.

It’s gone through its ups and downs, especially when Amazon came in and closed the book on many bookstores, but Warwick’s survived.

Thousands of fans would line Girard Avenue to get their autograph and hear a reading of their book.

“I was able to see authors come read. That is the exciting thing about being a book lover,” said Jessica Brout, customer.

The Warwick’s story on Girard was about to end in February when an $8.3 million cash offer came in to buy the building from the Corey family.

“It was very important for me to stay and I could not imagine finding another place. It would be redefining this store in a way that I was not convinced it would work,” said Warwick.

She reached out to a loyal customer and the bookstore’s real estate broker Steve Avoyer who assured her this was not the end.

He tapped into well-known investors like Jack McGrory and he and 30 others pooled their money and bought the building.

Nancy is a fourth-generation owner but first generation growing up in the Girard store. She said her parents always dreamed of buying the building.

“To be part of the story of buying the building, we are so thrilled and proud, and so humbled by what happened,” said Warwick. “To have this sense of energy and this pride in the community and the community taking charge and it's so exciting.”

Warwick's is celebrating its 125th anniversary, but with the pandemic, they've had to delay their celebration but plan to host events throughout the year