"I think I'm the only person that I know of who, any lifeguard, who has ever done CPR on a dolphin," he said. 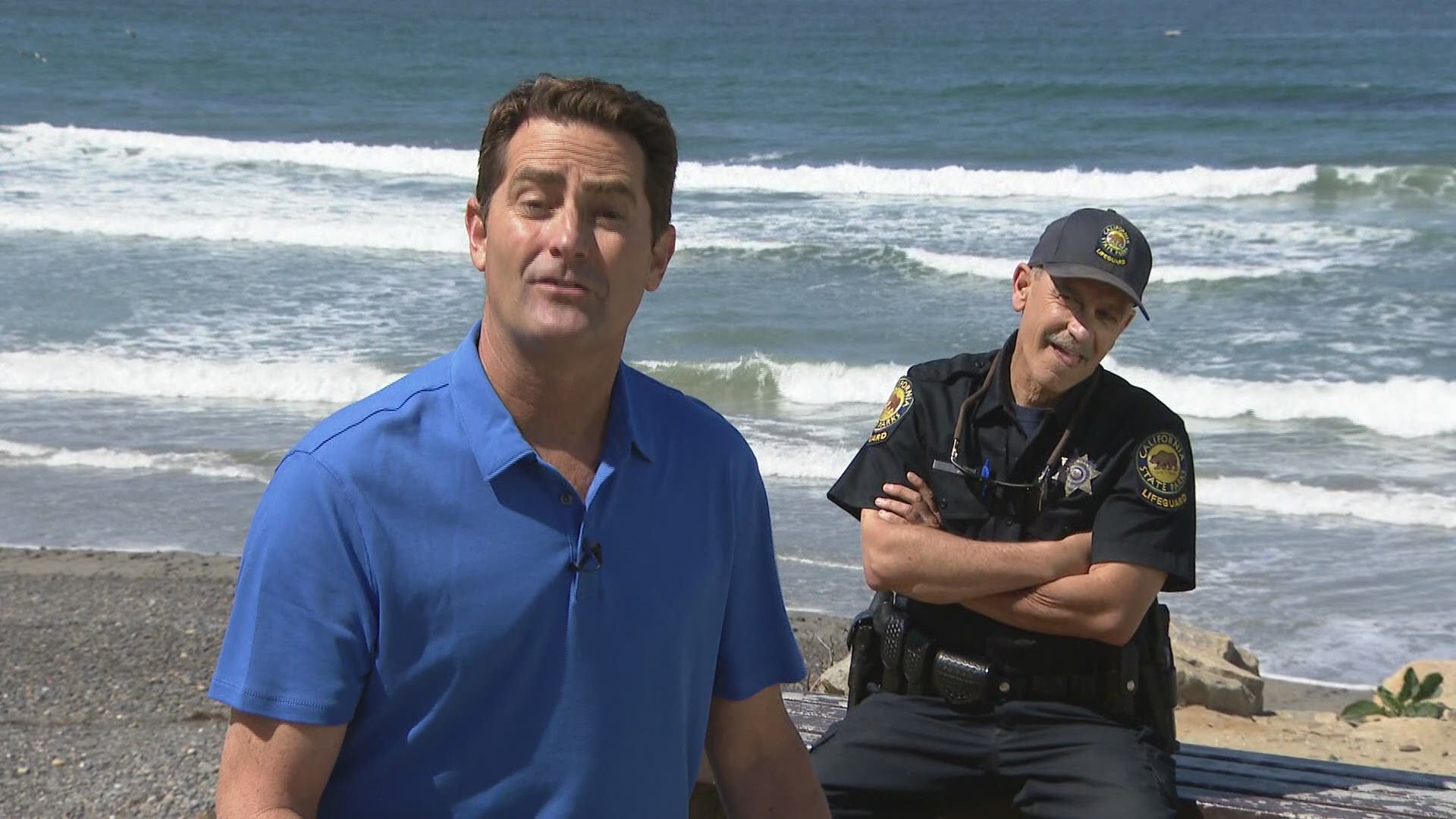 SAN DIEGO — It takes a special type of person to swim out into the ocean and save a stranger. In this Zevely Zone, Jeff visits Torrey Pines State Beach to celebrate a lifeguard with thirty-nine stories to tell. Ed Vodrazka has been a lifeguard for 46 years and he can honestly say this is the first time he's ever turned his back on the ocean.

Ed was off-duty during our interview, but he still felt the urge and instinct to scan the sea for people in need of rescue.

"This is really weird for me. But I'll do it for you Jeff" Ed said, laughing.

The longtime lifeguard has written a book called "Stories from Sea Level" that chronicles a career of life saving that started at age 17.

We looked at some pictures from his incredible career.

"That's me living in a van, for 25 summers, I lived in a van," Ed said. "Live in a van down by the river isn't that what Chris Farley used to say? Or by the ocean it's all the same."

Ed never lost his love for the ocean, but his trademark mustache came and went.

"My wife hates my mustache, so we worked out a deal six months on, six months off," he said, laughing.

Over the decades, Ed spoke to hundreds of classes and trained thousands of lifeguards. His book is both heroic and humorous, so we figured why not dig up some footage from a Susan G. Komen walk.

"I am not going to admit or deny that I wore anything that wasn't part of my normal uniform," Ed said with a dubious look.  Photojournalist Scoot Hall has always had a special relationship with Ed Vodrazka and saved footage of his wearing pink feathers on his head during a Susan G. Komen story I did years ago.

"That just shows what a good sport you are," I said, laughing. Ed then replied, "I guess. We try to adapt to the situation, right?"

Ed can't count the number of rattlesnakes he wrangled at the beach, but he knows for sure he only tried to rescue one dolphin. He showed us footage of him performing CPR on a dolphin with SeaWorld rushing to the beach to assist.

"I think I'm the only person that I know of who, any lifeguard, who has ever done CPR on a dolphin," he said.

I should make it clear the colorful book isn't about Ed, but rather 39 unforgettable lifeguard stories.

"We are not very good at self-promotion," Ed said with a serious face. "I want their children and families to know what they did because they deserve that recognition. They risked their lives."

"Stories from Sea Level" is a hand-picked assemblage of ocean-related events which occurred within the 50-year span between 1969 and 2019. The lifeguards featured in these stories work for various agencies between San Diego and the Sonoma Coast.

Ten of these stories capture the details of daring rescues in which the lifeguards’ performances were so exceptional they received the prestigious Medal of Valor honors from the United States Lifeguard Association and/or the Governor of California.

Ed did his best to shine the light on the heroism and valor of his fellow lifeguards, but for a moment I felt we needed to honor the hero in front of me.

"Thank you for your service," I said. I'm pretty sure the veteran lifeguard teared up when he replied, "Oh, thanks Jeff, that means a lot to me."

Over the years, I've noticed that when you thank a true hero, they look surprised. I have found that a hero who spent a lifetime performing an act that they loved so much, they never expected attention; nor did they feel what they accomplished was all that special.

"It's been a good run," Ed said with a look in eyes that was deeper than the ocean.

We interviewed Ed with his back to the sea because it was a fitting background instead of seeing the parking lot behind him. As I mentioned previously, Ed was not on duty during this interview, but I could still tell he was dying to turn around a check the ocean behind him.

After our trip down memory lane, I said, "Now, you can turn around and look at the ocean."

Ed whipped his head around and said, "Just give me a second. Yes, we are good. Thank you, Jeff, whew, I can relax."

I hope he can relax.

Ed retires in June. He plans to keep on living in San Diego in with his wife and two children.

His book "Stories from Sea Level" is available on Amazon by clicking here.

WATCH: Zevely Zone: Beach Bandits will score you a place on the sand