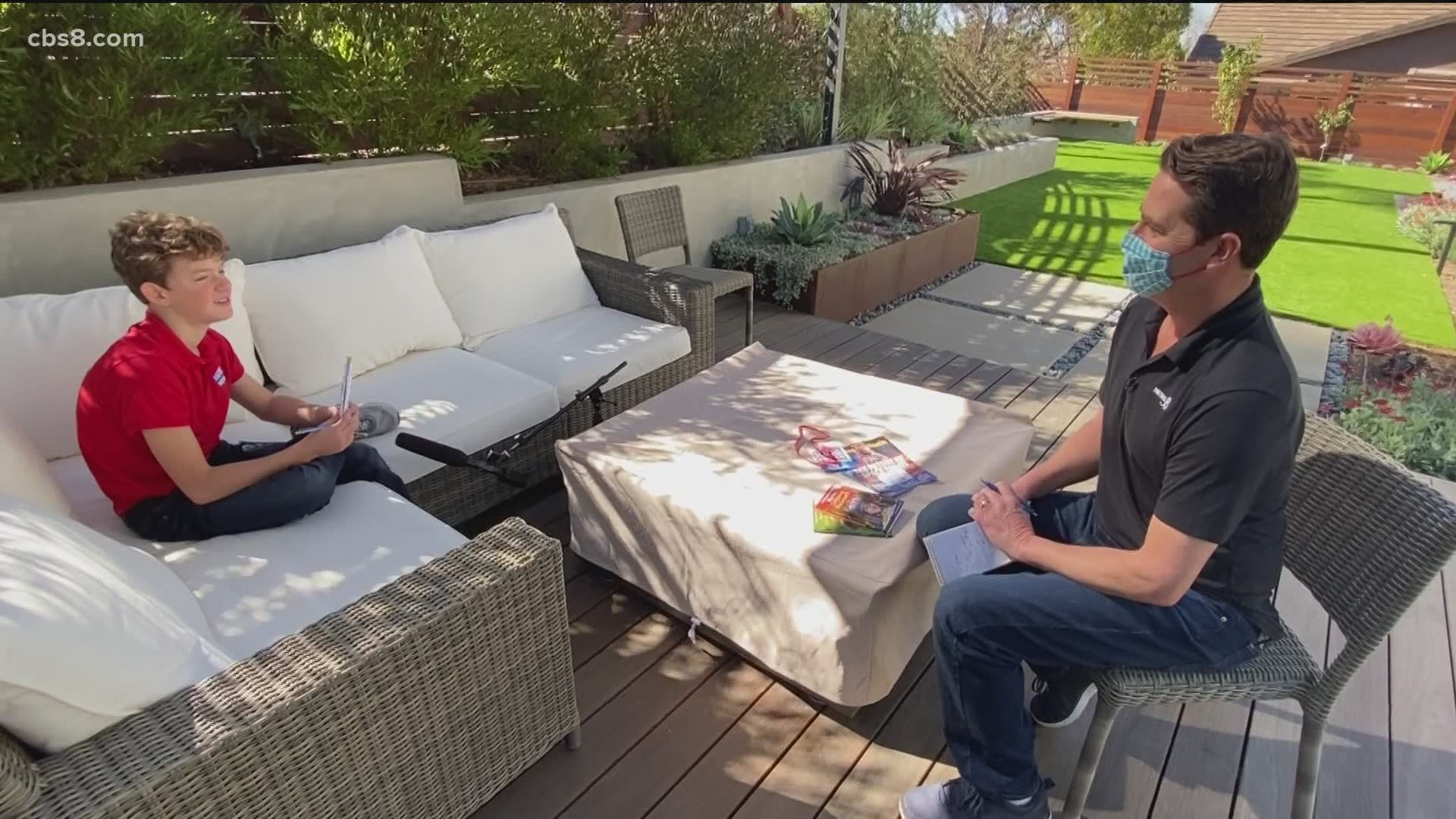 ENCINITAS, Calif. — How old were you when you got your first job? In this Zevely Zone, I went to Encinitas to meet a 6th grade reporter.  It almost felt like looking in a mirror as I sat down with 11-year-old Quade Kelley.

As a Kid Reporter, one of the stories Quade covered was the SpaceX Crew-1's historic mission to the International Space Station. "That was really fun," he said. "I like interviewing people."

That's when he turned the tables on me and started asking the questions. "What's your favorite story you ever wrote?" asked Quade.

I told him, "We helped two homeless men find a home last year."

Quade followed up with this question, "Why did you want to become a reporter?"

I answered, "I love telling stories that's for sure." In fact, last summer when I first met Quade, I told his story about becoming a 'Who Was History Bee Champion'. When he saw our camera and microphone, it made him want to become a reporter himself. "Yeah, that was really influential because I had never really seen a reporter," said Quade.

Following that interview, Quade reached out to Scholastic Kids Press and got the gig. "I was pretty excited and the first thing on my mind was when do I get to write my first story," said Quade. His ultimate assignment would be out of this world. "To be the first reporter in space or be the first reporter on Mars," he said.

Quade is a natural on camera which made me ask, "Have you worn make-up yet?"  The 6-th grader told me, "No and I'm thankful for that."  Then, just to to ease my mind, Quade told me, "I don't want your job. I just want to learn from you."

In that case, he may want to avoid, my first TV market, 'Blue Steel' stare. I showed Quade my headshot from 20 years ago. "This was young Jeff," I said. "I was so serious back then."

I made Quade promise me that he would smile while reporting. "I promise I'll smile," laughed Quade before taking another look at my old picture and saying, "He looks a like a dad who is really mad, ha, ha."