In this Zevely Zone, Jeff heads to Carlsbad to talk to Melia, a Carlsbad High School cheerleader with Down Syndrome. 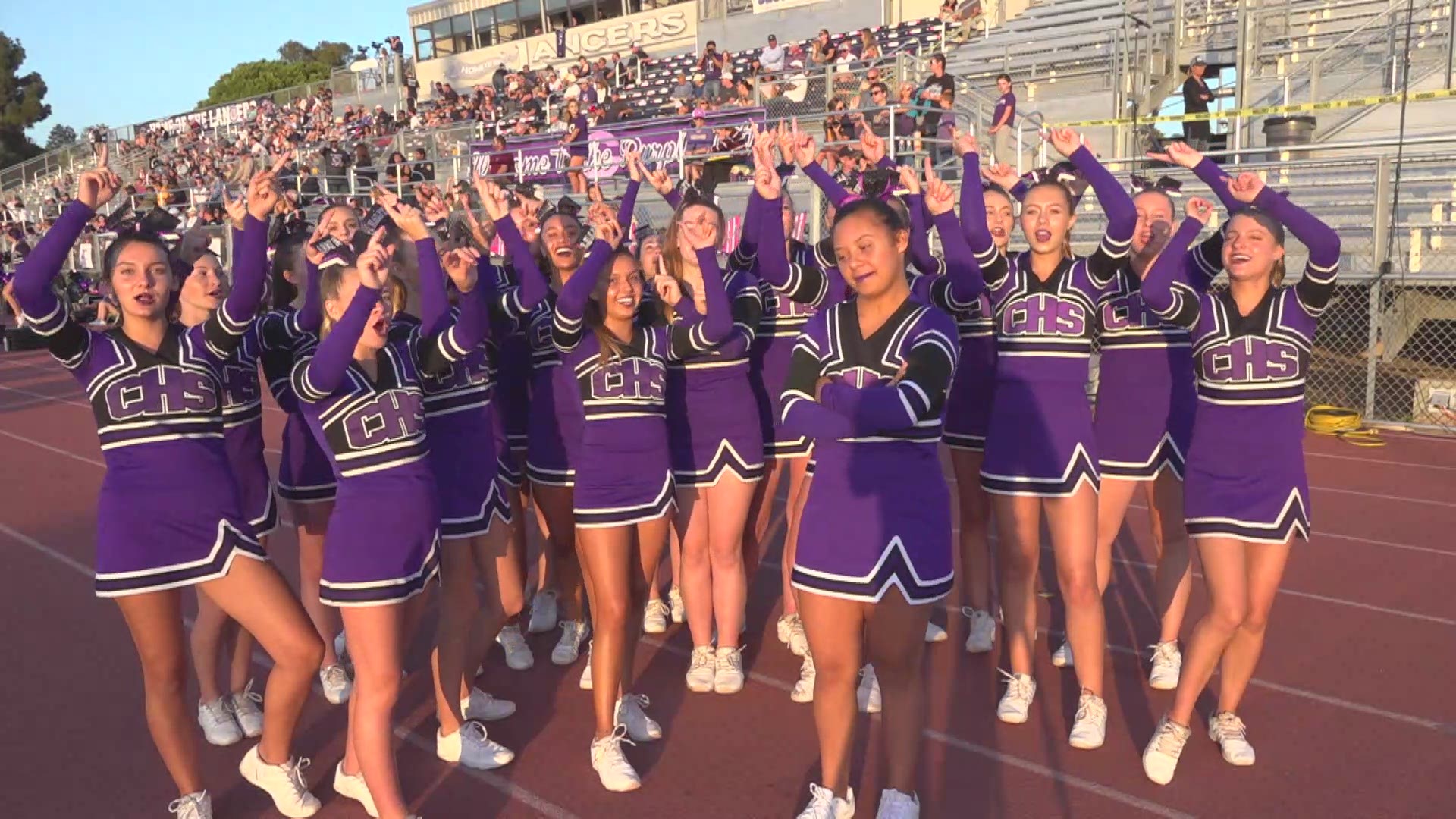 CARLSBAD, Calif — Friday nights are a popular time to watch high school football stars perform on the field, but in Carlsbad someone on the sidelines in shining more than ever. In this Zevely Zone, I went to Carlsbad High School to meet the Mighty Melia.

I am met by the entire Carlsbad High School Cheer Squad and the cheer went like this, "Hey you know it, tell the whole wide world this is Lancer territory." In the middle of the celebration is something to celebrate alright.

"Bam. What?" said Melia with a big smile. "I am doing cheer this year. I like hanging out with my friends." Melia has Down Syndrome and she grew up cheering for her big brother who just happens to be her biggest hero.  "My brother's name is Duke," said Melia.

Melia's brother Duke was a star football player at Carlsbad High. He is now playing for the Naval Academy. Their parents were visiting Duke during this Zevely Zone shoot so because Melia missed them so much I organized some FaceTime magic.

Suddenly, Duke and his parents appeared on my phone and said,  "Melia we love you and we miss you so much. We are so proud of you Melia." I said, "It's difficult FaceTiming at a football game but we are making it work." It was difficult because it was very loud and there was a lot going on.

Not sure about the last time you went to a high school football game but along with the team running out of the tunnel with smoke and fireworks, there was a band along with a crazy crowd section with screaming students.

But along with all of the touting for the home team there was also time for tears for Melia. "It's an experience for all of us.  It's given us the opportunity to embrace differences and I think it is really special especially in this day and age when there is so much bullying and so much ugly stuff that happens," said Toni Sharp, the Carlsbad Cheer Squad Advisor. Toni said this story isn't about one girl with special needs, it's a story about sixty girls being special to one. "There was no transition, these girls have good hearts and that makes me emotional the other sixty girls with Melia together has been magical and beautiful and it's been there's been no education there has been no coaching from me it's all been very natural and it comes out of their hearts of who they naturally are," said Toni.

The cheerleaders all agree.  "Melia is full of energy.  She's super loving and caring. She will never fail to cheer you up or give you a hug when you are sad," said Kara Alger.  "Melia is just a ray of sunshine.  She is super dedicated to what she does," said Haley Otten. "I think Melia represents all of us in that we all aren't perfect we all have our different faults when it comes to cheer." "She is the light of the team. She is amazing," said Michelle Ramos. "Everyone is capable of doing anything. No one should underestimate anyone."

They launched into a loud cheer, "We are here to beat the Knights!"

No matter what the scoreboard says we all win when those bright Friday night lights are for everyone.

RELATED: Cowboy Jack putting smiles on faces all over the county