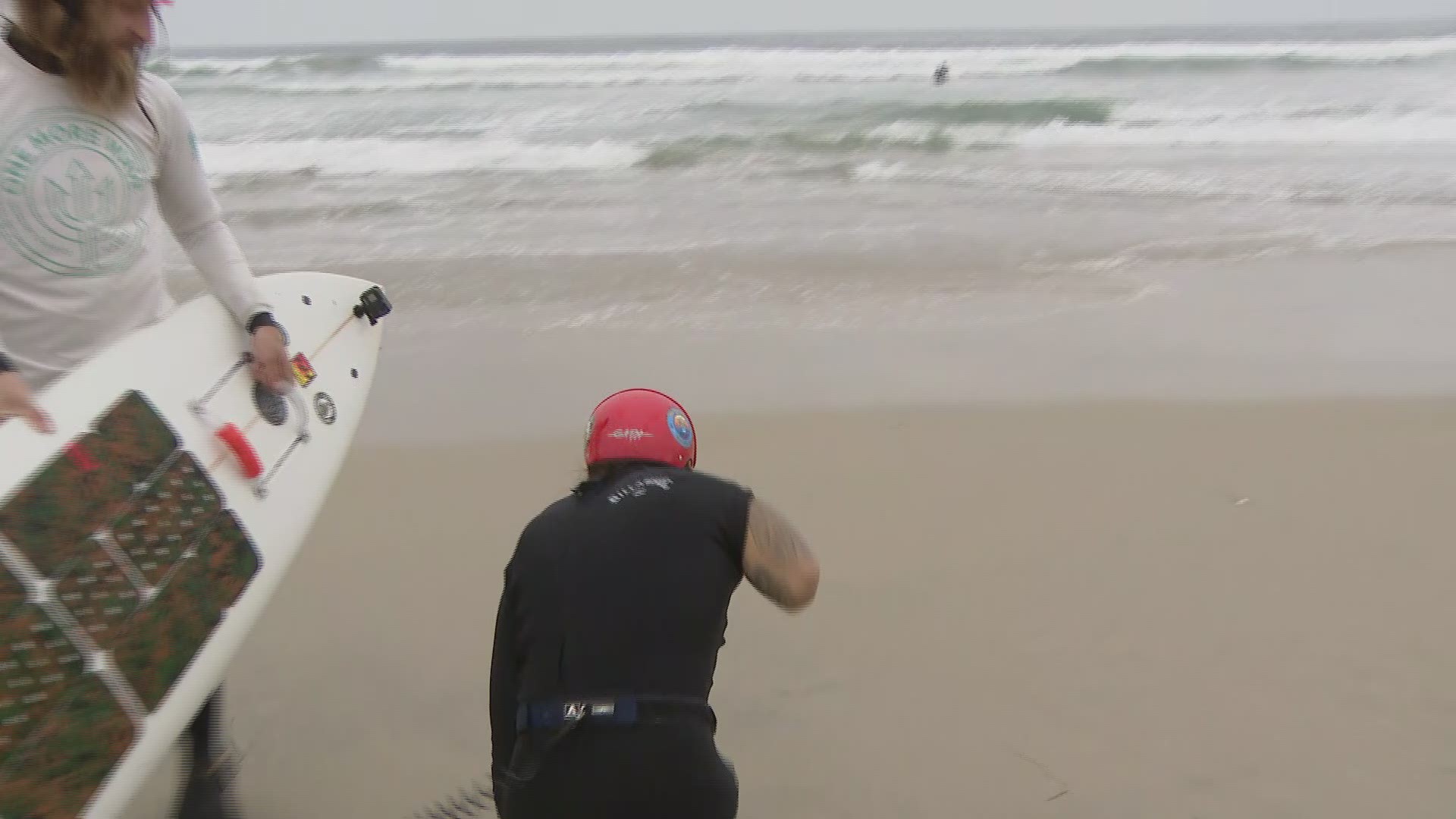 DEL MAR, Calif. — A triple amputee combat veteran who was considering suicide is finding peace in the ocean. In this Zevely Zone, Jeff is in Del Mar where the surfing therapy dog, Ricochet, is helping a Purple Heart recipient. To watch Jose Martinez surf is a miracle not even he saw coming.

"It's really fun out today," said 33-year old Jose Martinez. On March 3, 2012, the Army veteran was on a foot patrol in Kandahar, Afghanistan when he stepped on a 60-pound IED meant for a vehicle. Jose instantly lost both his legs, right arm, a finger on his left hand and some internal organs. 10 days later, against all odds, he woke up from a coma. I asked Jose what he remembered about stepping on the IED. "Everything, every single moment," said Jose.

Jose was in the hospital for two years. He endured 21 invasive surgeries and months of aggressive therapies. Doctors told him he would never walk again, and he’d be confined to a wheelchair for the rest of his life. Jose told me he contemplated suicide every day and might have gone through with it if love had not intervened with a marriage to his wife Liseth. "After my accident she wanted to know if she really loved me so she came to see me," said Jose. From that moment on, she never left his side. "That is the only reason why I have killed myself so far because she showed me the beauty of love," said Jose.

Jose didn't surf before his accident but he does now. "I am a veteran as well a Navy veteran," said Joe Jackson who helps Jose catch waves. Joe told me he may help Jose in the surf but his partners ability to find an enthusiasm for life is a wave Jose catches all on his own. "It's just this energetic, pure stoke and happiness that he just shares with everybody," said Joe.

Jose has been competing in adaptive surfing competitions since 2017. He is a member of Team USA's Adaptive surfing team. The famous surf dog Ricochet and her owner Judy Fridono are sponsoring Jose's surfing career.

Ricochet has been sponsoring Jose's for several years now thanks to her supporters. She is honored to include a surfboard to the sponsorship. "The custom board that One More Wave shaped has made a big difference, says Jose. "I'm able to paddle better and make better turns. I can't wait to use it in competition. I can't thank Ricochet enough for her continued support. In return we have changed people's minds and hearts, showing them anything is possible."

Jose has his sights on going to the Paralympics in 2028. But sadly, it won’t happen in Ricochet’s lifetime because she's 13 years old now. “I take great comfort in knowing Ricochet’s legacy will live on through the sponsorship of Jose. It’s a privilege to be so closely associated with one of adaptive surfing’s most recognizable individuals”, said Judy Fridono, Ricochet’s guardian.

Ricochet is a certified goal-directed therapy dog that has been helping wounded warriors and veterans with PTSD since 2009. She is also an honorary member of Team USA due to her broad support of the adaptive surfing community. She became the first-ever canine-assisted surf therapy and adaptive surfing dog in 2009 when she jumped on the board of a 14-year-old boy with a spinal cord injury.

"We are just trying to get every one out who is disabled or injured vet that's trying to get some surf therapy," said Navy veteran Rob Garnett. His non-profit organization One More Wave custom crafted the board.  "Jose is inspirational. He is a guy with one arm, no legs and just part of another arm and he's out there surfing every single day," said Rob. One More Wave is a 501c3 tax-exempt non-profit that provides wounded and disabled veterans with customized adaptive surfing equipment and fosters growth in the surf therapy community.

"Every single person has a story in this world my story isn't bigger because I stepped on a big bomb. No, my story is just as great as everybody else because we are here together," said Jose.

The Purple Heart recipient says anyone can find happiness, through true love, a special dog, and friendships made in the ocean.  "Absolutely, the goal is the goal is to surf until my last day. I got nothing to complain about," said Jose.

You can follow Ricochet on social media @SurfDogRicochet. Jose Instagram's page is @rollwithguru. You can also follow One More Wave at @1mwave. If you'd to make a donation to help Jose's surfing career click here.