A viewer sent me a message via email that basically stated "go to Santee and take a look at what is in Bob's attic." 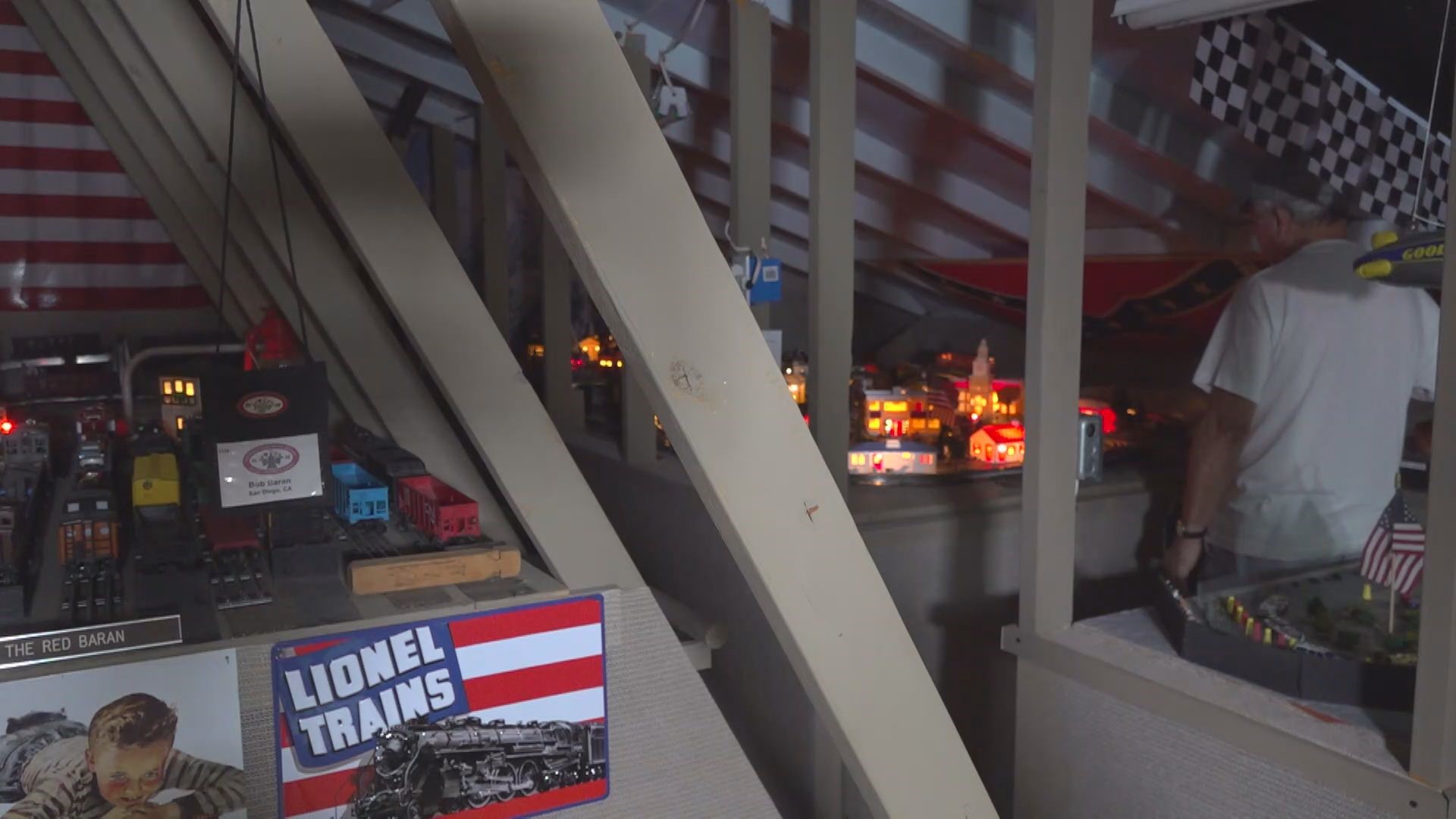 SAN DIEGO — Dark, dusty and a little scary: what do you keep up in your attic? In this Zevely Zone, I received an East County offer to see a special attic space and I couldn't resist.

A viewer sent me a message via email that basically stated "go to Santee and take a look at what is in Bob's attic." So, this story started with me knocking on Bob's door.

"Hello, Jeff come on in," said Bob Baran. He then lead me down a dark hallway and closed two doors behind us as we went.

I saw a ladder leading to his attic and Bob headed up. I thought this may be my last chance to run, but I was compelled to carry on into his unknown world where I felt as if I'd been hit by a train, in fact, about 10 of them.

Bob beamed with pride as he fired up his prized train collection in the attic.

Bob's collection started 70 years ago. He showed me his entire setup with an oil derrick, a lumberyard, an airport, a small village and a freight yard.

It was all a gift from his father and a poster on his attack wall sums it up nicely.

"It says: 'the most wonderful day in any boy's life is the day he gets Lionel Trains.'" said Bob. "And that day was my fifth birthday in 1949."

Our day in the attic was back on track and I realized I was seeing something I have never seen before. Bob and I put train conductor hats on and started blowing train whistles.

"Now we are ready to roll," said Bob.

"This is about to get good," I responded.

Bob runs his train tracks with the intensity of a Air Force fighter pilot, which he was. His call sign in Vietnam was the Red Baran.

Bob said he once called a woman in Philadelphia for just the right sky blue wall paper. She asked if he was wall papering a little boy's room, but Bob told her it was actually for the ceiling it his attic.

"Then she said, 'if you are from California, you must be fruits and nuts,'" Bob laughed.

How else can can you explain five levels of train tracks?

"About two years ago I realized I had more space over here so I put a village in,"  said Bob.

He then killed the lights for a nighttime setting showing me the lights in the village and a full moon.

"I can run eight trains over here," said Bob. "[They are] all on one switch to shut it off if there is ever an emergency."

Bob spends so much time in the attic, he no longer mows his front yard.

"I have synthetic grass," he laughed.

After all, his attention is needed in the attic on his prison yard, the Good Year blimp and the elementary school where his favorite book was, of course: "The Little Engine that Could."

Usually people hide things in their attic, but Bob's childhood dream is something to toot his horn about.

"If you put your mind to something you can do it," said Bob. "It keeps me busy."

Bob is keeping the train set in tip-top condition as he plans on giving the collection to his great nephews.