Ramona father shares his dream of walking daughter down the aisle 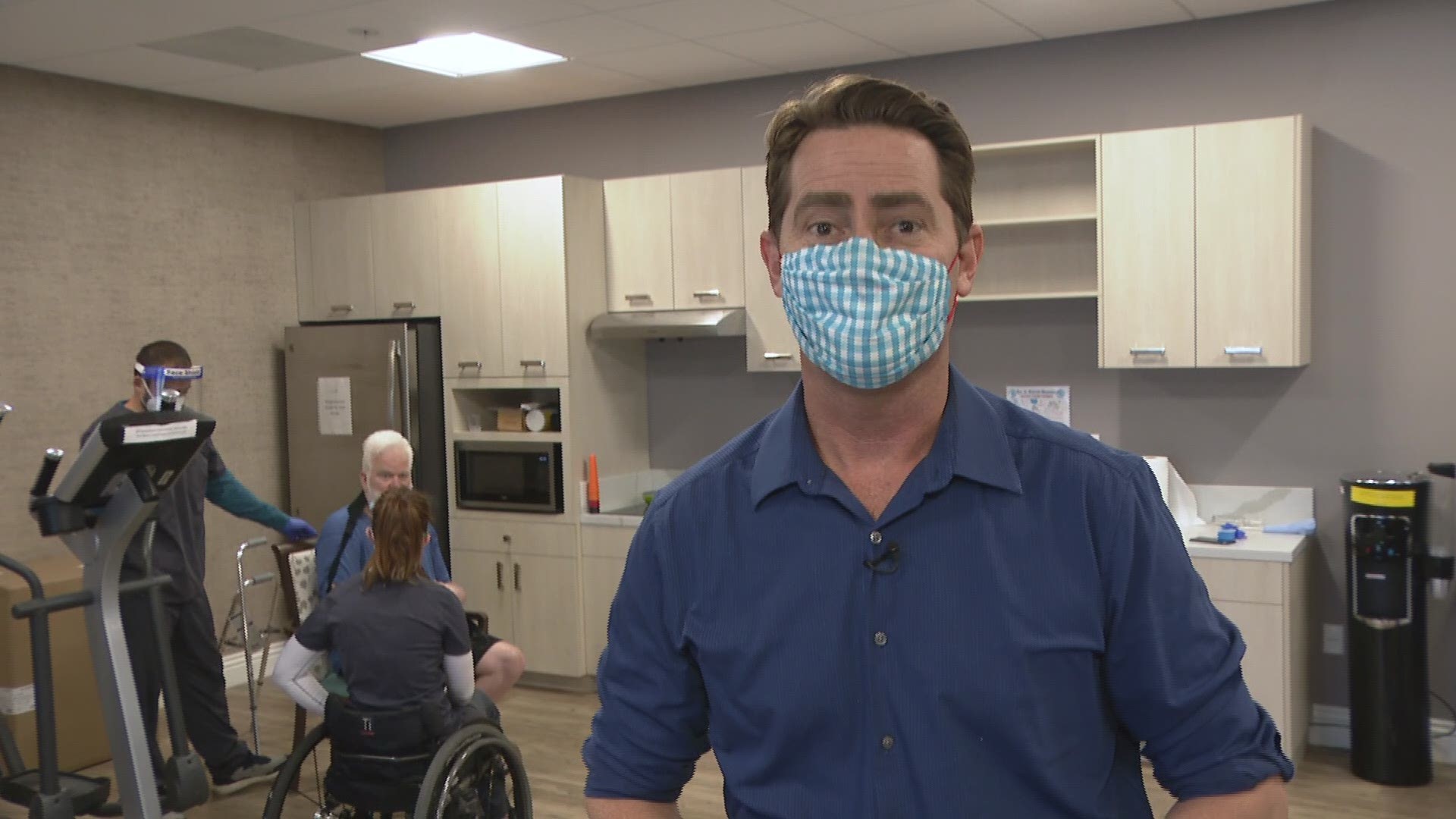 SAN MARCOS, Calif. — A father in Ramona is doing all he can to walk his daughter down the aisle at her wedding. In this Zevely Zone, I visited the West PACE Day Center and Therapy Gym in San Marcos where two stories of adversity are coming together.

Scott Sivadge is a 65-year-old man who suffered a stroke who can't stop thinking about the active life he used to have. Scott has three daughters, a granddaughter named Ava and one important date he can't miss.

"I hope to walk my daughter down the aisle, she's getting married," said Scott, of his daughter, Emmy.

The father of three was picked up this morning from his home in Ramona and driven to the West PACE Day Center where occupational therapist Ally Armstrong is waiting with a story of her own.

"I was seventeen and went sledding on a snow day in high school with a group of friends and went down the hill and fell off in the right and ended up breaking my back and having a spinal cord injury," Ally said.

Ally was paralyzed from the waist down and she's been in this wheelchair ever since.

When she meets people with challenges like Scott, she can't help but say she's faced adversity of her own.

"Yeah, I can think I can empathize with him a little bit and say I've had kind of a bad deal of cards handed to me and I know what you're going through I know what loss is," Ally said.

Ally has dedicated her career to helping seniors of all income levels with physical disabilities, traumatic brain injuries, or other neurological conditions live full, independent lives in their own homes.

Despite the pandemic, she continues to help North County homebound seniors.

The non-profit West PACE (Program of All-inclusive Care for the Elderly) is part of an innovative, nationwide model of person-centered care for vulnerable seniors with chronic care needs.

Scott still lives at home but comes here with the hope of regaining independence. West PACE is a day center where seniors 55 years of age and older can come to get a haircut, a hot lunch and turn their lives around. A few months ago, Scott couldn't move at all but little by little Ally encouraged him to get back on his feet.

"I met her on my first day and she was just a ray of sunshine," Scott said. "She is just the perfect blend of support and sass."

Ally reminded Scott during his therapy that he had to get back his feet and walk back across the room. "You can do it, it's good practice," Ally said, laughing.

Helping others has become Ally's purpose and Scott's story makes her dream about her own wedding someday.

"I would love to have my dad walk me down, so again he is going to do that, and it will be awesome to see," Ally said.

With one foot in front of the other, Scott's even pondering a father-daughter first dance with Emmy.

"Oh, yeah, that would be nice, I never thought about that. It's just part of being their dad," Scott said.

For more information about the Gary and Mary West PACE Center click here.