The former Chargers quarterback reminisced with our News 8 Sports Director Kyle Kraska about his memories of the "Murph" during his 15-year career. 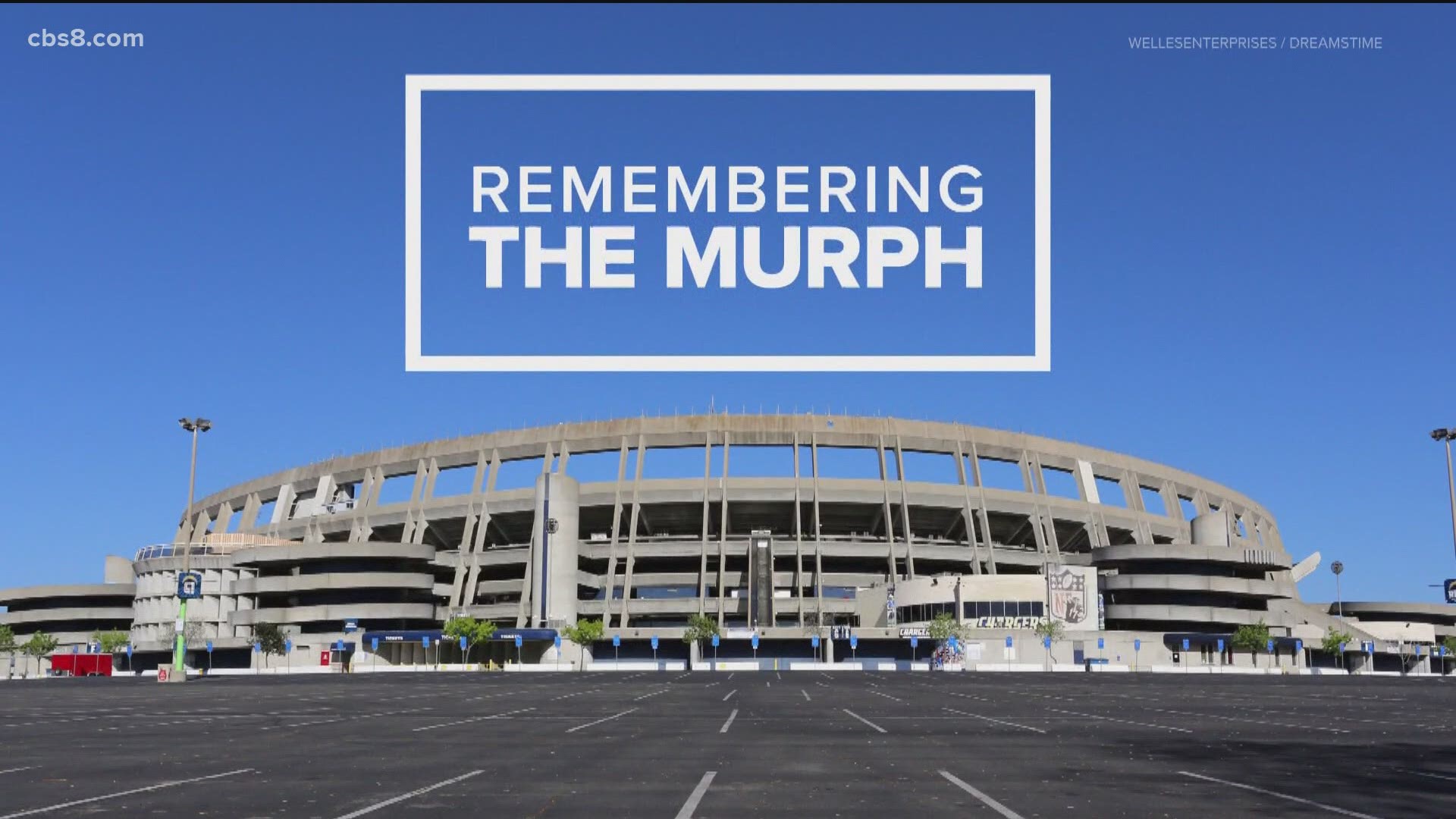 SAN DIEGO — As the destruction of the Mission Valley stadium continues, many are sharing their fond memories of being inside those walls and witnessing something great. Or, in some cases, being down on the field and creating those incredible moments.

That’s the case with pro football Hall of Fame quarterback, Dan Fouts, as a San Diego Charger for 15 years. He reminisced with our News 8 Sports Director Kyle Kraska about his memories of the "Murph".

Hall of Famer quarterback Dan Fouts was drafted by the San Diego Chargers in 1973. But his passing statistics skyrocketed with the arrival of head coach Don Coryell in September of 1978. In 5 pre-Coryell years, Fouts tossed a total of 34 touchdown passes.

With Coryell's aerial assault in his holster, Fouts threw 24 touchdowns in year one.  Air-Coryell was a tailor-made fit for Fouts and led to a movement in our football-loving city that can only be described as electric.

Air Coryell ushered in a brand new era of Chargers football that was innovative, thrilling and most important of all, it was successful. The Chargers hadn’t sniffed the playoffs since the stadium was opened in 1969 but under Coryell, they won 3 AFC Western Division titles in 4 years and led the league all of those years in passing yards, passing touchdowns and points scored.

Part of the magic was how this new age brand of football fired up the fans inside the Murph, and that in turn, electrified the Chargers.