The Padres Development Team said they will be creating a 1,600-space parking structure to allow for 600 more parking spaces in San Diego's East Village Quarter. 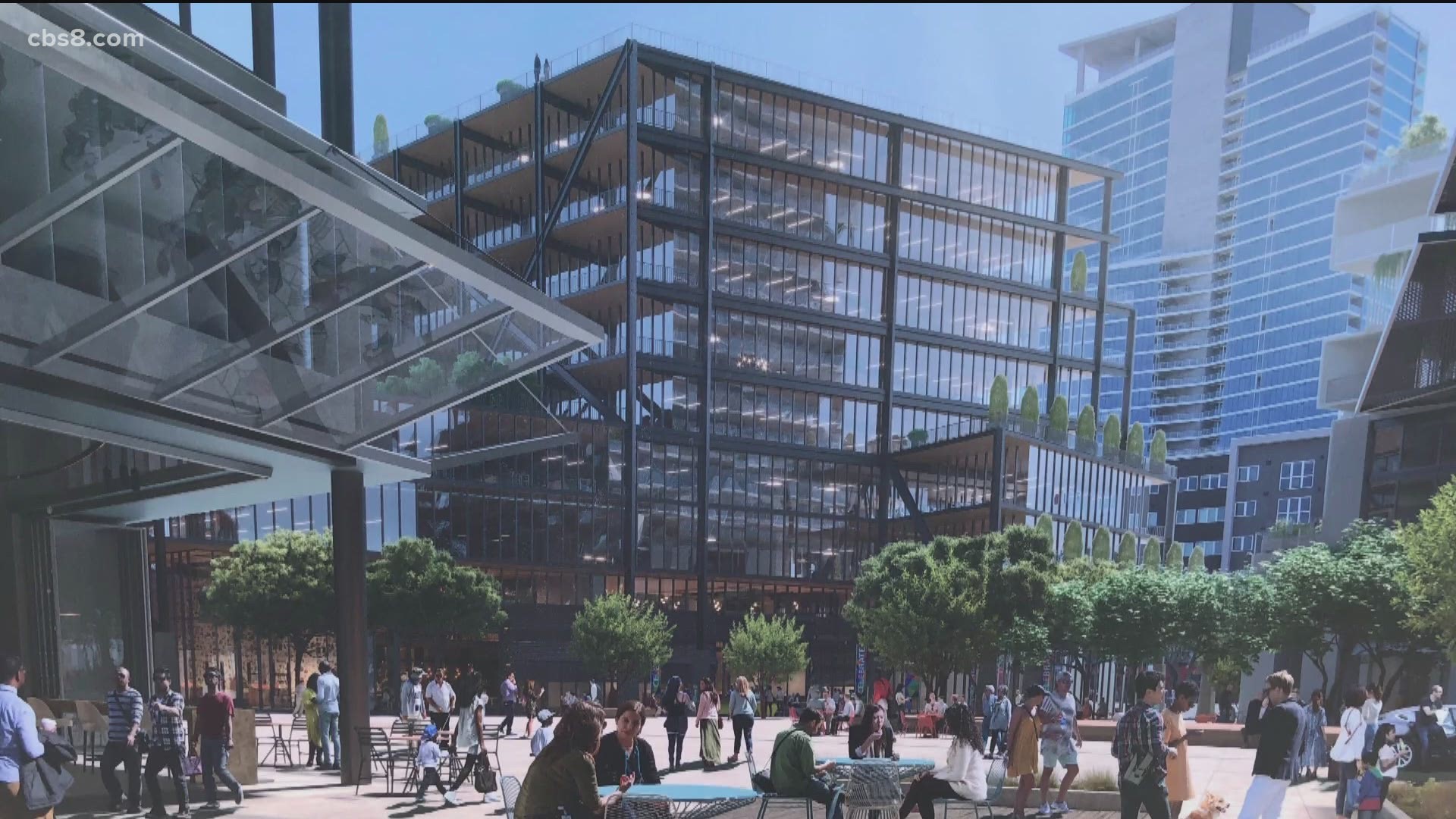 “What the Padres have done over the years to create an atmosphere of fun, excitement and energy at Petco Park is incredible, and now, with Tishman Speyer and Ascendant Capital Partners, they’ll be able to expand their footprint and the positive impact they have on the surrounding community even further,” Mayor Faulconer said. “Block by block we’re breathing new life into the East Village and making it a vibrant district for San Diegans and visitors alike to enjoy.”

The decision comes after a Selection Committee of City of San Diego staff and external experts at Civic San Diego and Jones Lang Lasalle (JLL) reviewed and scored the top bids to redevelop the four blocks between K Street and Imperial Avenue and 12th Avenue and 14th Street in Downtown San Diego’s East Village neighborhood.

The Padres Development Team is comprised of local and international leaders that specialize in sports, transit-centered and mixed-use development, urban design and finance.

The team said their initial vision for the site is "a vibrant and exciting destination" that includes housing, retail and office space that will attract companies to the downtown area.

The team said they will be creating a 1,600-space parking structure, which will allow for 600 more parking spaces than currently exists on the site, to maintain the long-term parking needs of San Diegans attending Padres games at Petco Park.

These are renderings of what the new, revitalized Tailgate Park will look like in San Diego’s East Village Quarter. The mayor says it will include retail, housing, and open space close to Petco Park. @CBS8 pic.twitter.com/9bByyKwk0F

Tishman Speyer President & CEO Rob Speyer said, “San Diego is one of America’s favorite places to live, work and discover, and that is exactly what this project is about."

Gimelstob of Ascendant Capital Partners said, “We are thrilled to partner with the Padres and Tishman Speyer to design a new neighborhood from the ground up that will attract the world’s most innovative companies and create a dynamic, 24/7 residential ecosystem in the heart of Downtown San Diego.”

In order to provide full transparency as the City moves forward with the process, Mayor Faulconer also directed the immediate release of documents related to the selection process. The documents include:

If approved, the city will enter into an exclusive agreement with the Padres. The mayor said he expects that agreement to be finalized by mid 2021.