“The blame for the Colts offensive implosion in Cleveland is going to fall at the feet of the aging quarterback for the second time in five weeks." 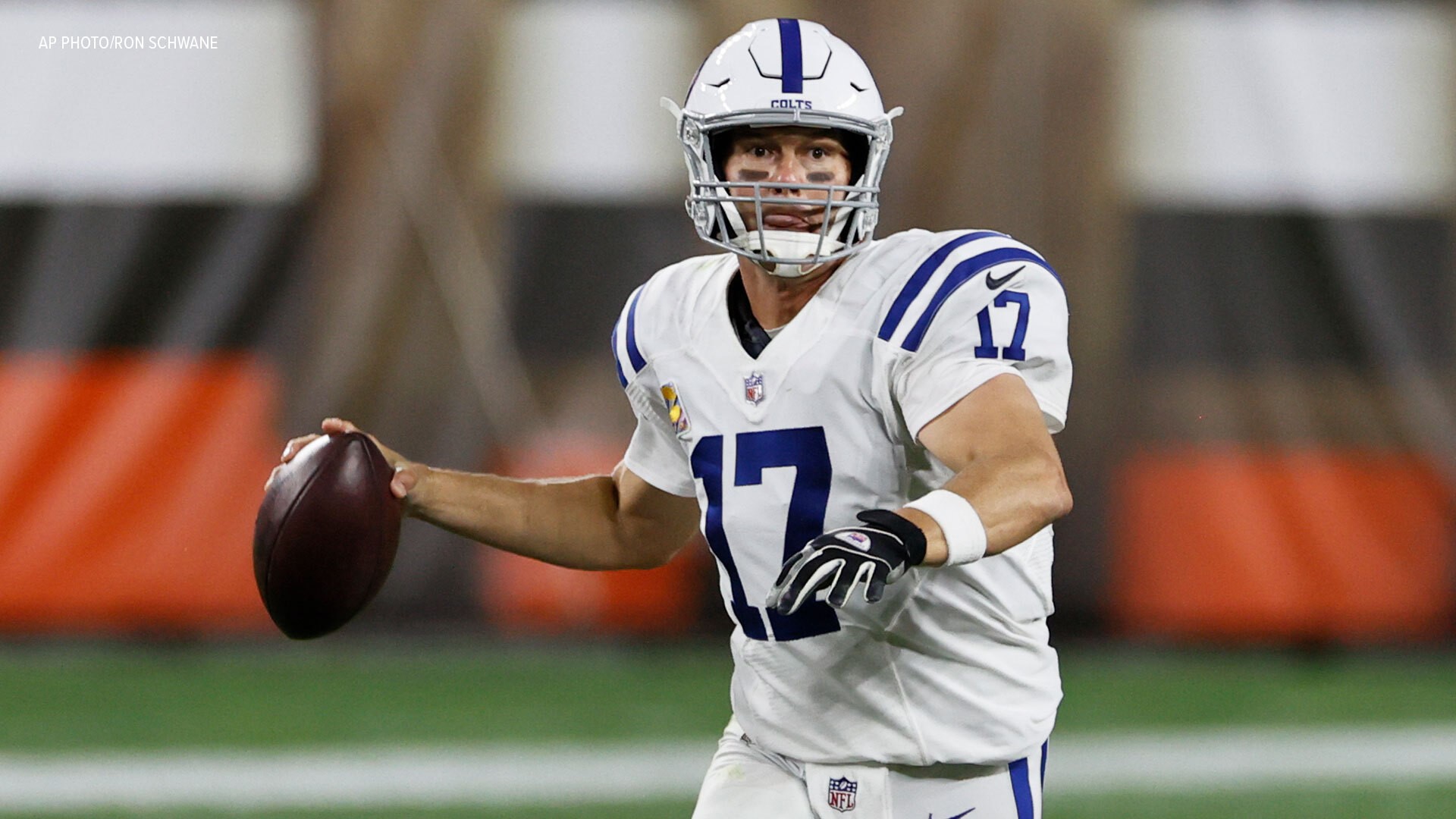 SAN DIEGO — When the Indianapolis Colts signed Philip Rivers to a one-year, $25-million contract in the off-season, they envisioned Philip as being the final piece to their postseason puzzle. The Colts already had an outstanding defense, a very good running game, and a stout offensive line.

However, when those three things broke down Sunday in Cleveland, the result was a poor performance from Philip; zero touchdown passes and two interceptions, including a pick-six. And at the end of the day, a loss to the Cleveland Browns by a final of 32 to 23. Already, this performance has many jumping off of the Philip Rivers bandwagon in Indianapolis.

Joel Erickson of the Indy Star wrote this Monday, “The blame for the Colts offensive implosion in Cleveland is going to fall at the feet of the aging quarterback for the second time in five weeks. Indianapolis needed Philip Rivers to lift the team to a win, and instead, he committed the kind of backbreaking mistakes that have always been the flaw in his game.”

Jerry Trotta of HorseshoeHeroes.com wrote, “That task, unfortunately, became impossible as Philip Rivers reminded everyone why he's only a stopgap option under center for the Colts. Rivers’ putrid display, which included a boneheaded safety, was obviously the biggest takeaway, as it rightfully has media members wondering if he'll ever get the offense firing on all cylinders.”

Only one quarterback with five starts has thrown fewer touchdown passes this season than Philip; Daniel Jones of the New York Giants with two. Rivers, Daniel Jones and Philadelphia’s Carson Wentz are the only quarterbacks in the NFL with more interceptions than touchdowns this season. So it's pretty clear at this point in his career that Philip, who will turn 39 years old on Dec. 8 of this year, can no longer be expected to throw multiple touchdown passes and carry the Colts on his back. That is just not his game anymore.

Most of the blame for this one falls on Philip Rivers.

But the rest of this Colts offense - a run game that hasn't done much, an OL that hasn't lived up to its reputation - isn't doing much to take the weight off of the QB's shoulders, either https://t.co/cp11h1hmkB

But in a complementary role, Philip will be fine if all else is going well. That being said, suddenly the Colts have injuries at the running back position and on the offensive line. Still, Rivers has only been sacked four times this entire season and only two teams have allowed fewer sacks this season than the Indianapolis Colts. Philip Rivers, with just four sacks against him, should be performing a heck of a lot better than four touchdowns and five interceptions. Protection is no longer the excuse for Philip. He simply has to be better. He'll certainly have an opportunity to do that this Sunday as the Colts will be home hosting the Cincinnati Bengals, who have just one win. We will keep you posted on Philip Rivers and the Colts.

In the meantime, as I like to do each week, let’s take a look at the ratings for NFL Sunday here in San Diego.  Four games again on Sunday, CBS, the 10 a.m. game, the Raiders and the Chiefs, followed by the Giants and the Cowboys on Fox.  The other 10 a.m. game was the Rams and the Redskins. And then, of course, the NBC game, Football Night in America, the Vikings and the Seahawks.

Number one in the ratings battle Sunday was the Giants and the Cowboys. What a thriller! The Cowboys coming away with the win, 37-34, but a brutal injury for Dak Prescott breaking his ankle. And he is now out for the season after undergoing surgery Sunday night. That game earned a 12.8 rating and a 32 share.

After that, it was the Raiders and the Chiefs with a 10.7 rating and a 29 share. 29 percent of everyone actually watching television was watching that game at that time.

And in last place, the Rams and the Redskins just a 4.3 rating.

But in closing, congratulations to Alex Smith, the Helix High alum and former Heisman Trophy winner who severely fractured his leg almost two years ago. After 17 surgeries, he made it all the way back Sunday and got himself into that football game. It was so great to see Smith make that comeback. He said all along he wanted to do it for his kids to prove that you never, ever give up. And he is living proof of that. Congratulations, Alex Smith.