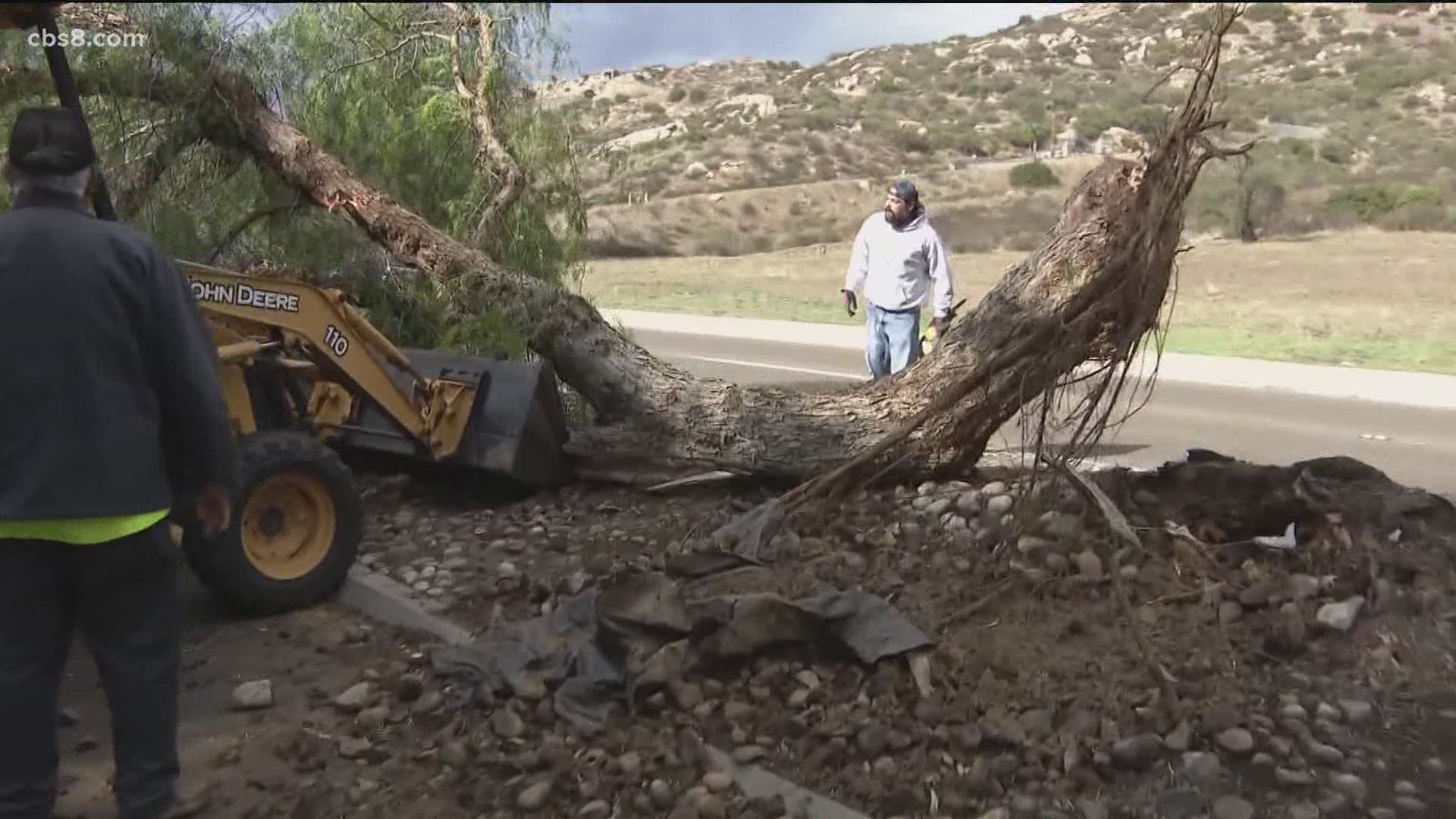 The period of unseasonably gusty conditions, which toppled trees and tipped over top-heavy vehicles in the county on Tuesday, prompted a National Weather Service high-wind warning slated to remain in effect until early Wednesday evening in coastal areas and late tonight in the mountains and valleys.

The blustery spell, according to the NWS, brought winds up to 52 mph along the coast, in the Las Flores area of Camp Pendleton, and up to 89 mph in the East County highlands, on Big Black Mountain.

Early Wednesday afternoon, the Santa Anas hastened the spread of a vegetation blaze that erupted in a grassy open area near Cuyamaca College and tore up brush-covered slopes toward rows of hillside homes off Campo and Jamacha roads in Rancho San Diego.

Though they faced heightened challenges due to the stiff winds, ground crews and personnel aboard firefighting aircraft were able to halt both blazes before they could cause any reported structural damage or injuries, authorities said.

Quite the wild weather ride over the next few days!

Two more weather systems are on track to impact SoCal, one Fri night-Sat and another early next week.

It's going to be chilly too this weekend and early next week. Break out those winter coats! 🧥 #cawx pic.twitter.com/QztMTYfhUc

On Tuesday, the San Diego County Health and Human Services closed the COVID-19 testing site due to high winds and it will remain closed Wednesday.

Due to high winds, the COVID-19 testing site at Aquatica is closing for today (1/19) and will be closed tomorrow (1/20). For the latest information on other testing sites, visit https://t.co/CBjzVzoo8J 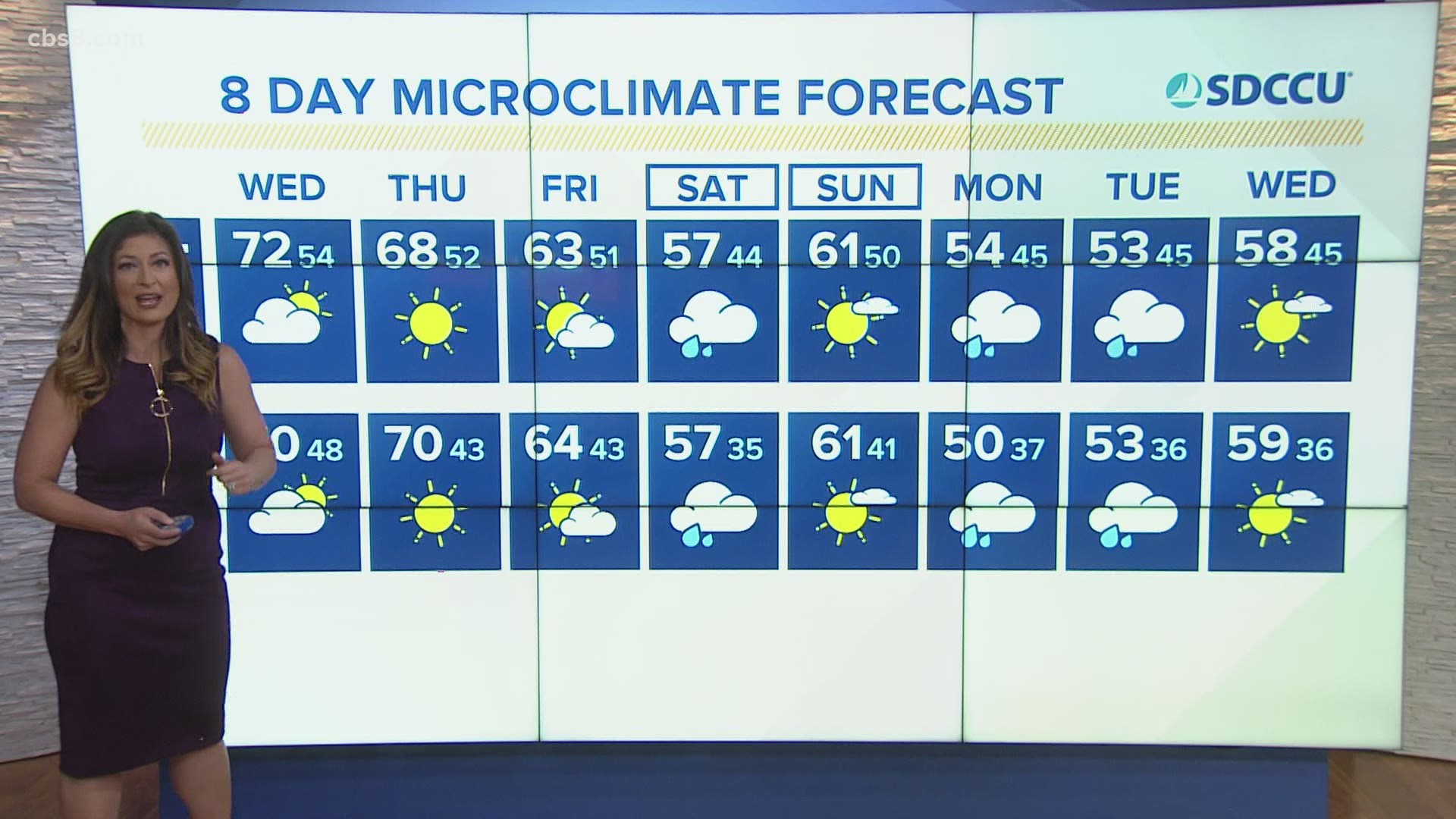