Out and About: Serpentine Cider

Sean actually started making cider a decade ago because his girlfriend at the time had Celiac Disease, and it gave them something to drink while in the desert. 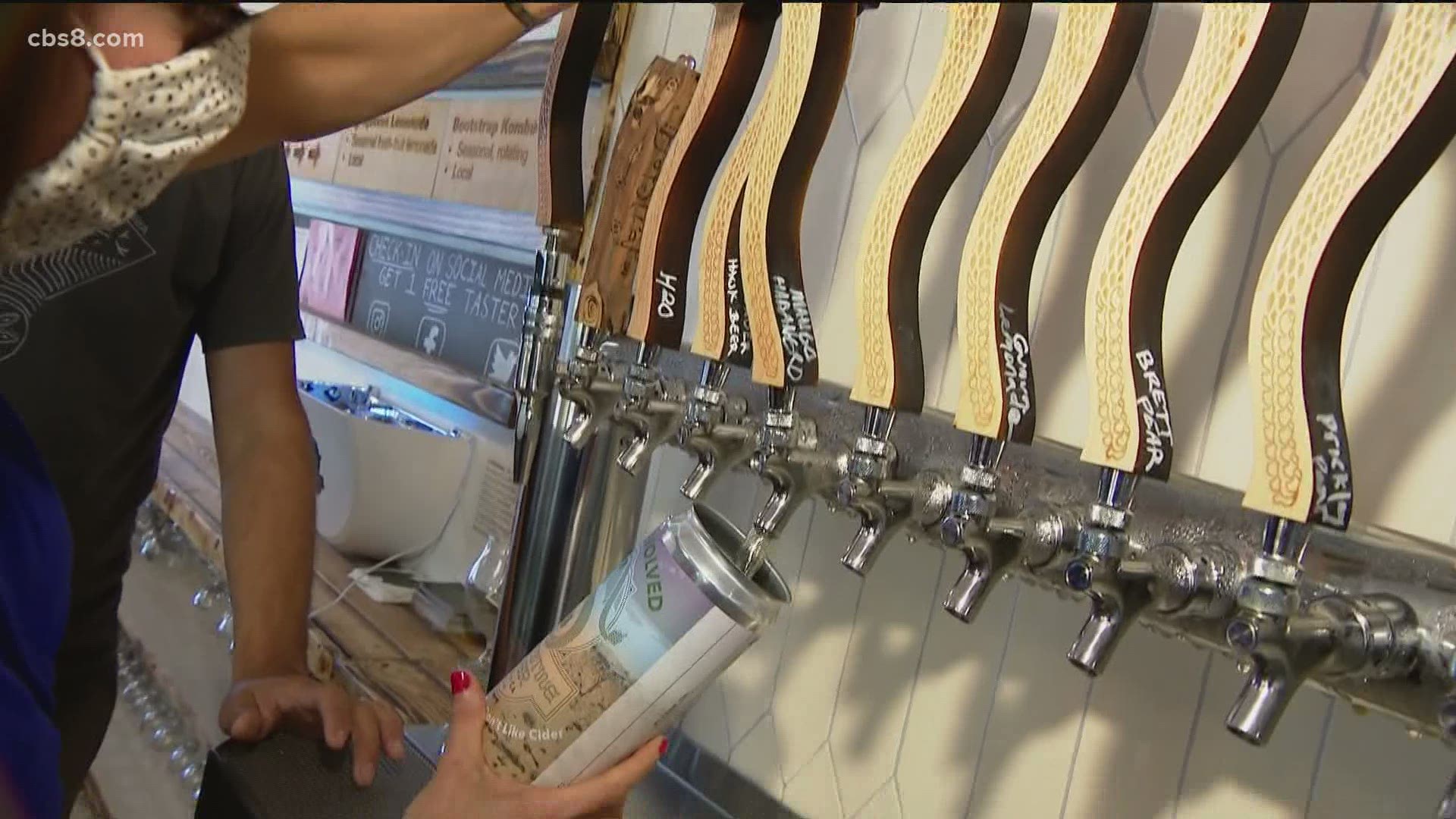 SAN DIEGO — They say an apple a day keeps the doctor away...

Hard cider is made out of apples!

But seriously, this dry--lower sugar--higher alcohol content cider is DELICIOUS.

Trust me. I tried a lot of it.

One of the owners and creators of Serpentine Cider is Sean! Sean is a desert biologist who studies snakes, lizards and tortoises. He actually started making cider a decade ago because his girlfriend at the time had Celiac Disease, and it gave them something to drink while in the desert. Sean says he was hiking one day thinking about names for his cidery when he stepped on a sidewinder rattlesnake. Thankfully, he didn't get bitten BUT that did help him create the name...Serpentine Cider!

Sean's ciders are made with real, fresh fruit...no sugar added. In fact, he says he is often invited to people's backyards in San Diego so he can pick their fruit to turn into cider. He says he doesn't use concentrates in his cider and everything is dry to off-dry so it's not too sweet.

Serpentine Cider is currently doing a "Buy A Friend A Cider" Chalkboard wall as a way to keep the community connected.

Check them at the Miralani Makers' District or in University Heights on El Cajon Boulevard.

Want to check out more Out and About segments? The whole catalog can be see in the Youtube playlist below