Chris Miller, Eric Brandt, Mark Mendoza, and Cody Hathaway teamed up to give out 20,000 lbs of steak and jerky. 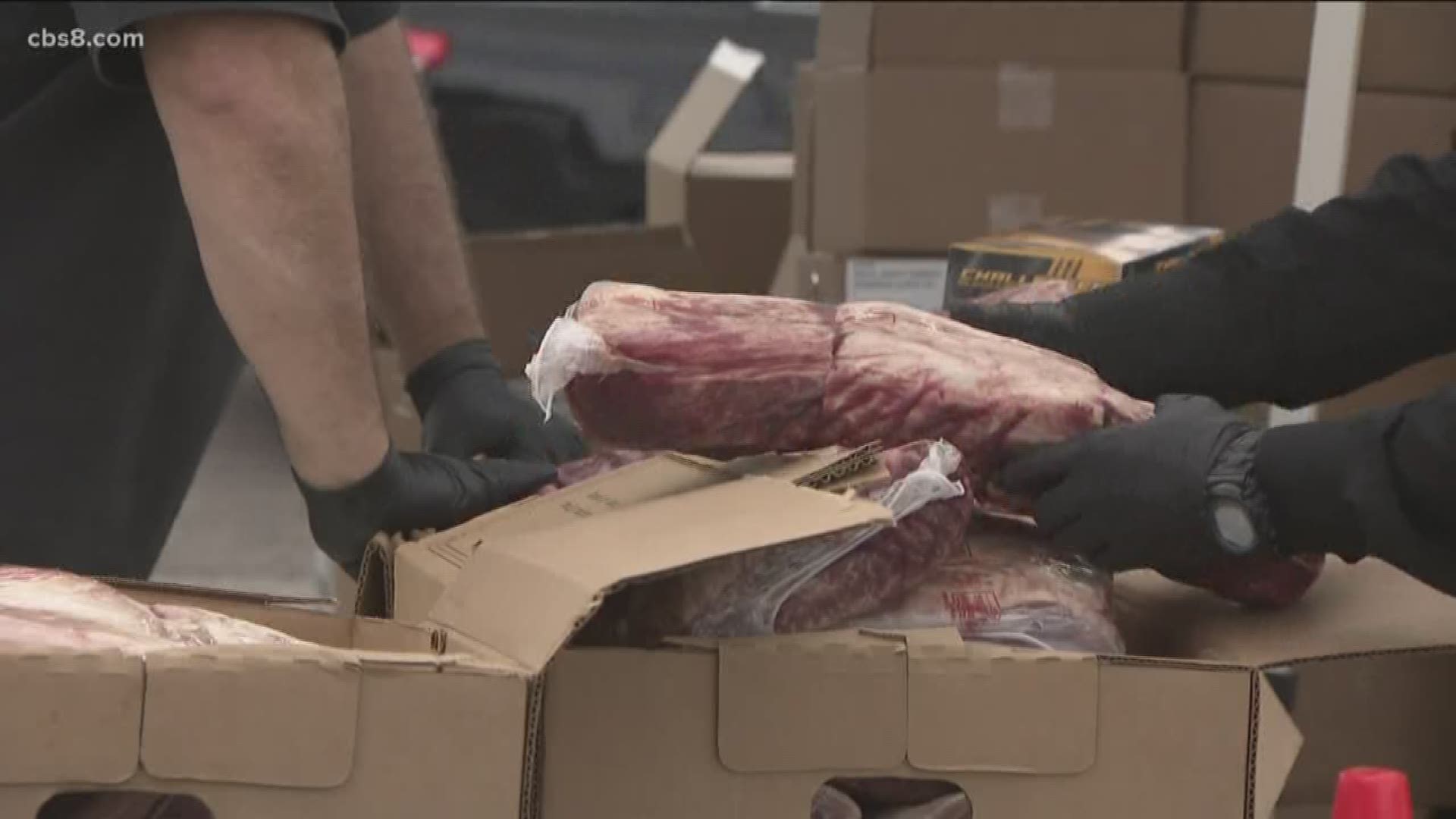 ESCONDIDO, Calif. — As around two dozen volunteers and employees of Kennedy's Meat Company in Escondido sliced open hundreds of brown boxes, Chris Miller runs around the parking lot making sure everything is ready.

"Man we're super pumped about this!" he says waiting for a white delivery truck to pull in. Miller has seen the economic devastation the country has faced and wanted to help out his fellow man.

So using his connections he and his friend Eric Brandt decided to buy over 20,000 lbs of New York Strip steak and bags of jerky.

"We're all having a hard time economically right now," he says "I saw the food lines throughout the country, it really troubled me."

Hundreds of cars waited in line for hours to get the slab of steak that weighs several pounds.

The owners of Kennedy's Meat Company Mark Mendoza and Cody Hathaway say they are just grateful for the community that has supported them throughout the year.

"They took our business cards and told everybody about us," says Mendoza "We give back to the people that have kept us in business and helped us to grow."

RELATED: 'We'll get through this' | Food banks see jump in demand in San Diego