The parents allege that the mental health of their children has suffered amid the isolation and loneliness brought on by school closures. 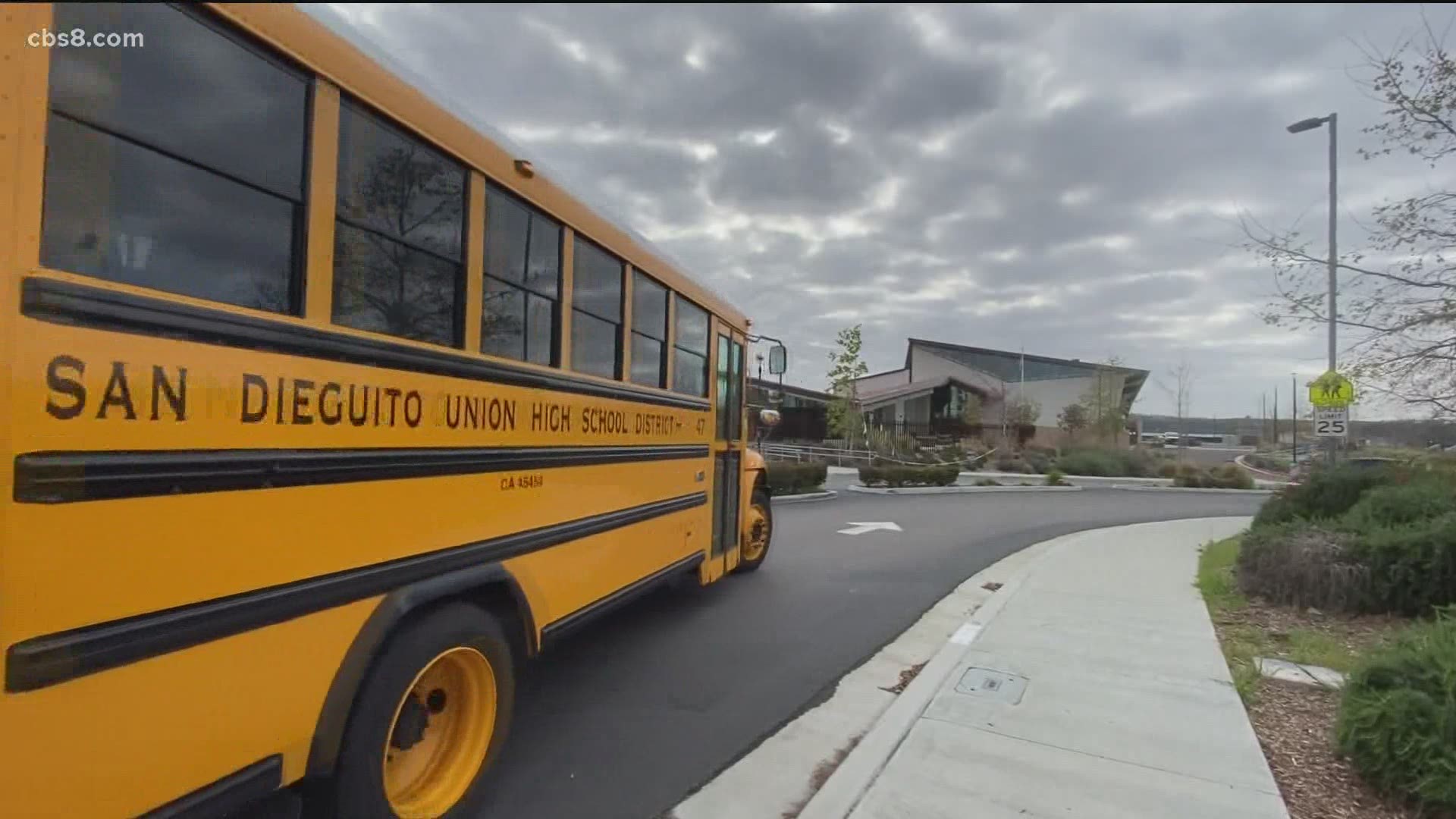 SAN DIEGO COUNTY, Calif. — A judge ruled Monday in favor of a group of North County San Diego parents who sued the state to overturn pandemic-related rules they allege have unfairly prevented school districts from reopening for in-person learning.

The temporary restraining order issued by San Diego Superior Court Judge Cynthia Freeland prohibits the state from enforcing the provisions of its January framework for reopening schools, which the plaintiffs allege has interfered with school districts' reopening plans and includes "arbitrary" restrictions that have impeded in-person instruction from resuming.

Lee Andelin, an attorney representing the parents, said the order appears to apply to schools statewide. The parties will reconvene in two weeks for a hearing on a preliminary injunction.

The lawsuit alleges several provisions outlined in the state's framework are arbitrary, such as one that prohibits high schools and middle schools from reopening until counties achieve a COVID-19 case rate of 7 per 100,000 population while outside of the most restrictive purple tier, while elementary schools can reopen at case rates of 25 per 100,000.

The lawsuit also pushes back on requirements that students be spaced 4 feet apart in the classroom and they must receive instruction in "stable groups," rather than changing classes and mixing with other groups of students.

Some of the parents involved in the legal case have said their children have either attempted suicide or expressed suicidal thoughts after learning their schools were continuing solely with distance learning.

The parents allege that the mental health of their children has suffered amid the isolation and loneliness brought on by school closures. Coupled with the hurdles of navigating remote learning, their education has also floundered, they allege.

Freeland wrote that the state's guidelines have "had and will continue to have a real and appreciable impact on the affected students' fundamental California right to basic educational equality."

While she said the state does have a compelling interest in stemming the spread of COVID-19, she ruled that the January 2021 framework "is selective in its applicability, vague in its terms and arbitrary in its prescriptions."

Scott Davison, co-counsel and director of legislative affairs for the Parent Association of North County, said, "Students are experiencing significant harm as a result of long-term school closures. It is reassuring that the judge appeared to take that suffering into account in balancing the state's claims that it is within its rights to restrict school reopening to ensure the utmost safety of the public in this pandemic."