County officials said more than 75% of outbreaks have occurred at restaurants and bars. 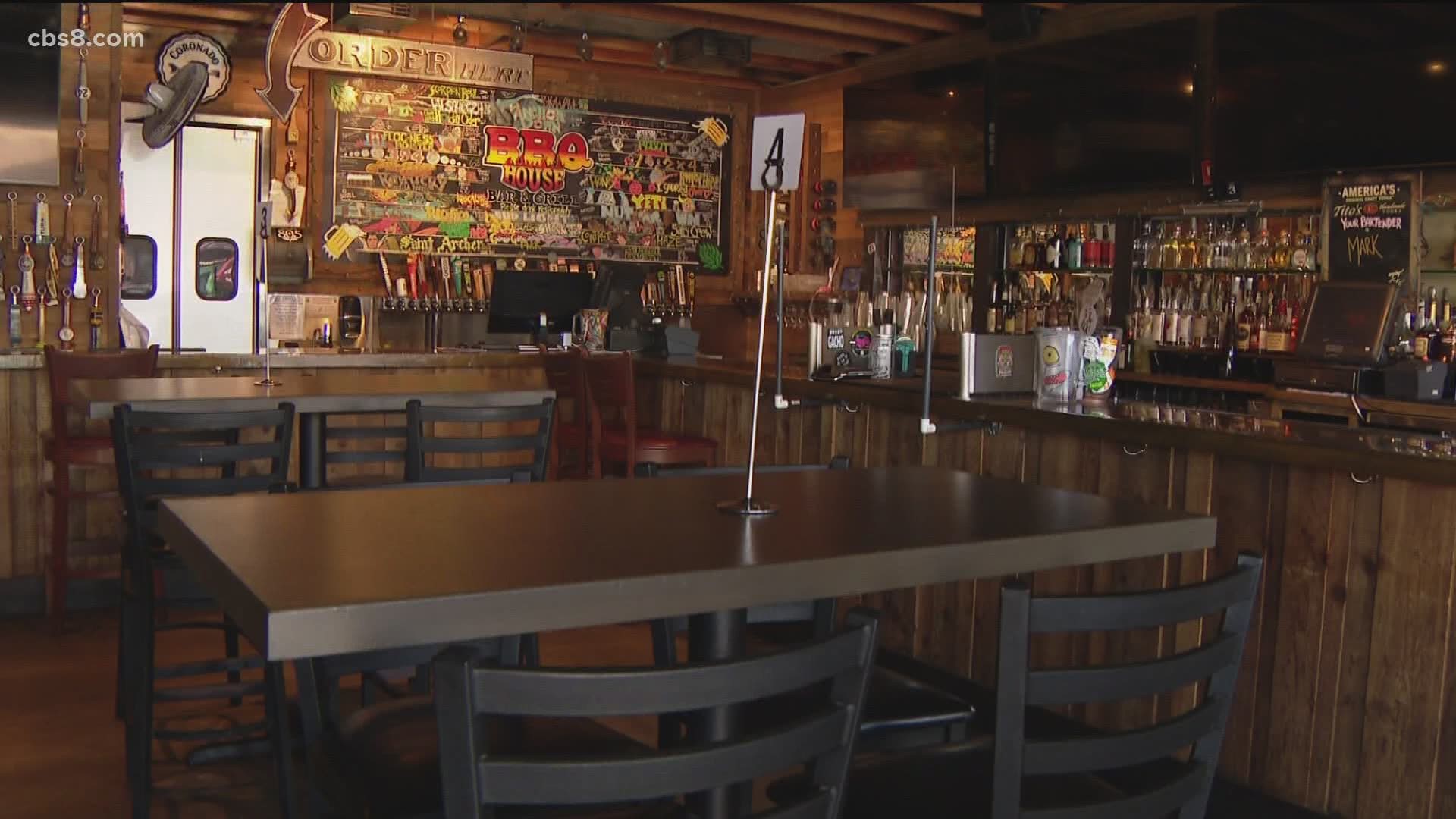 The move comes after San Diego County remained on the state's watch list for more than three days.

"It is disappointing that it keeps happening, that people can't seem to get it under control," said Rocky Brown, General Manager of BBQ House in Ocean Beach.

"We've seen the crowds, we've been seeing restaurants around the area overcrowded," he said. "So we've been expecting it before the announcement."

He said keeping up with all the restrictions and closures is exhausting.

"It's kind of like a roller coaster right now, the rules come out [we] follow those rules and they change them again," said Knapton.

The county stated the majority of outbreaks have happened at bars and restaurants. Bars that do not serve food must shut down all-together. The closures will last for at least three weeks. However, takeout and outdoor dining will still be allowed.

Knapton said Rocky's just re-opened for takeout about a month ago. They re-opened indoor dining two and a half weeks ago

"The guys that work here need to keep their jobs," he said.

In Ocean Beach, Brown said there are only a handful of seats on their patio -- and they fill up quickly. He said customers get upset when they're forced to take their food to-go.

"We've managed to just barely stay above water so hopefully we can continue that momentum during this next round of shutdowns," he said.