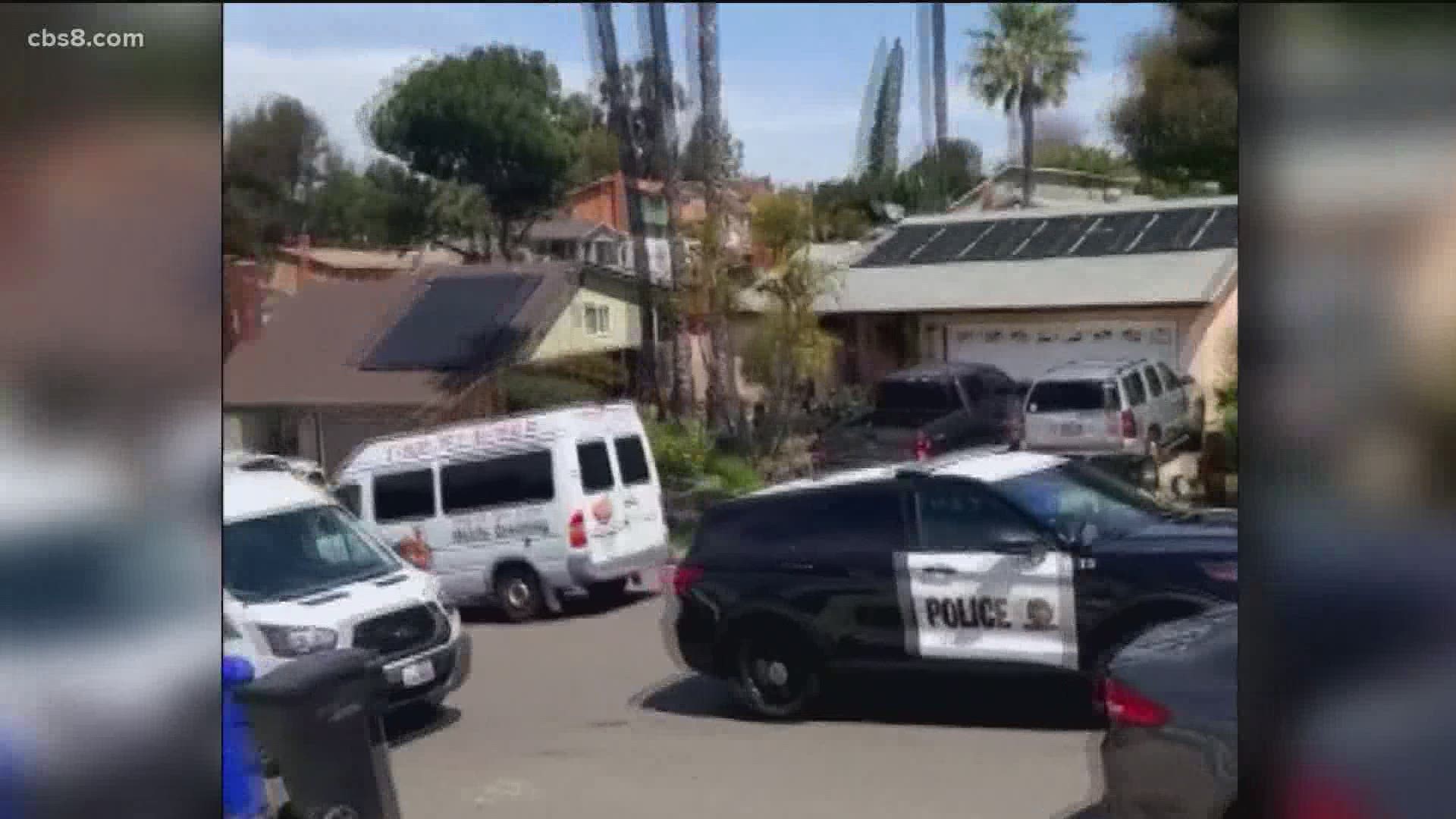 SAN DIEGO — There are new developments in the case of Maya Millete, the Chula Vista mother of three who has been missing for more than three months.

News 8 has learned investigators seized guns and other evidence this month from the home of Maya’s husband’s aunt and uncle.

The Encanto home in the 7100 block of Viewcrest Drive is within San Diego city limits.

On April 1, Chula Vista Police showed up to serve a search warrant, seizing about a half dozen long rifles and boxes of evidence, according to neighbors who recorded video of the police activity.

The video showed both marked and unmarked police vehicles parked in the street and investigators putting evidence into a van. Neighbors said officers were on scene for a couple of hours in the middle of the day.

Property records showed the house is owned by Ricky Lincoln, 66, better known as Uncle Ricky to Larry Millete, the husband of the missing mother. Millete’s aunt, Kathy Lincoln, also lives in the house, according to Billy Little, an attorney working with Maya’s family.

Chula Vista Police confirmed on Wednesday that officers served a search warrant on April 1 at the house, but the agency did not release any details about evidence taken or how it relates to its investigation.

Ricky and Kathy Lincoln did not respond to News 8 messages seeking comment. They have not been named by CVPD as suspects in the case. No one has been arrested.

Investigators have said they are reviewing surveillance video from the Chula Vista neighborhood near Paseo Los Gatos where Larry and Maya Millete lived with their three children, ages 4, 9, and 11.

At 10 p.m. on January 7, one neighbor’s surveillance camera recorded six loud bangs, which sounded like gunfire. It was the same night Millete, 39, went missing. The video was turned over to police three months ago.

Detectives also are trying to identify a vehicle seen on surveillance driving through the neighborhood in the early-morning hours of January 8, Little told News 8.

Maya’s family will be searching this coming weekend in the Anza Borrego desert.  The family is urging volunteers with off-road vehicles to join them on Saturday and Sunday.

Additionally, on Sunday, April 18 at 7 a.m., a Facebook group called Maya Millete’s Search Warriors are meeting up along Proctor Valley Road for an organized search effort.