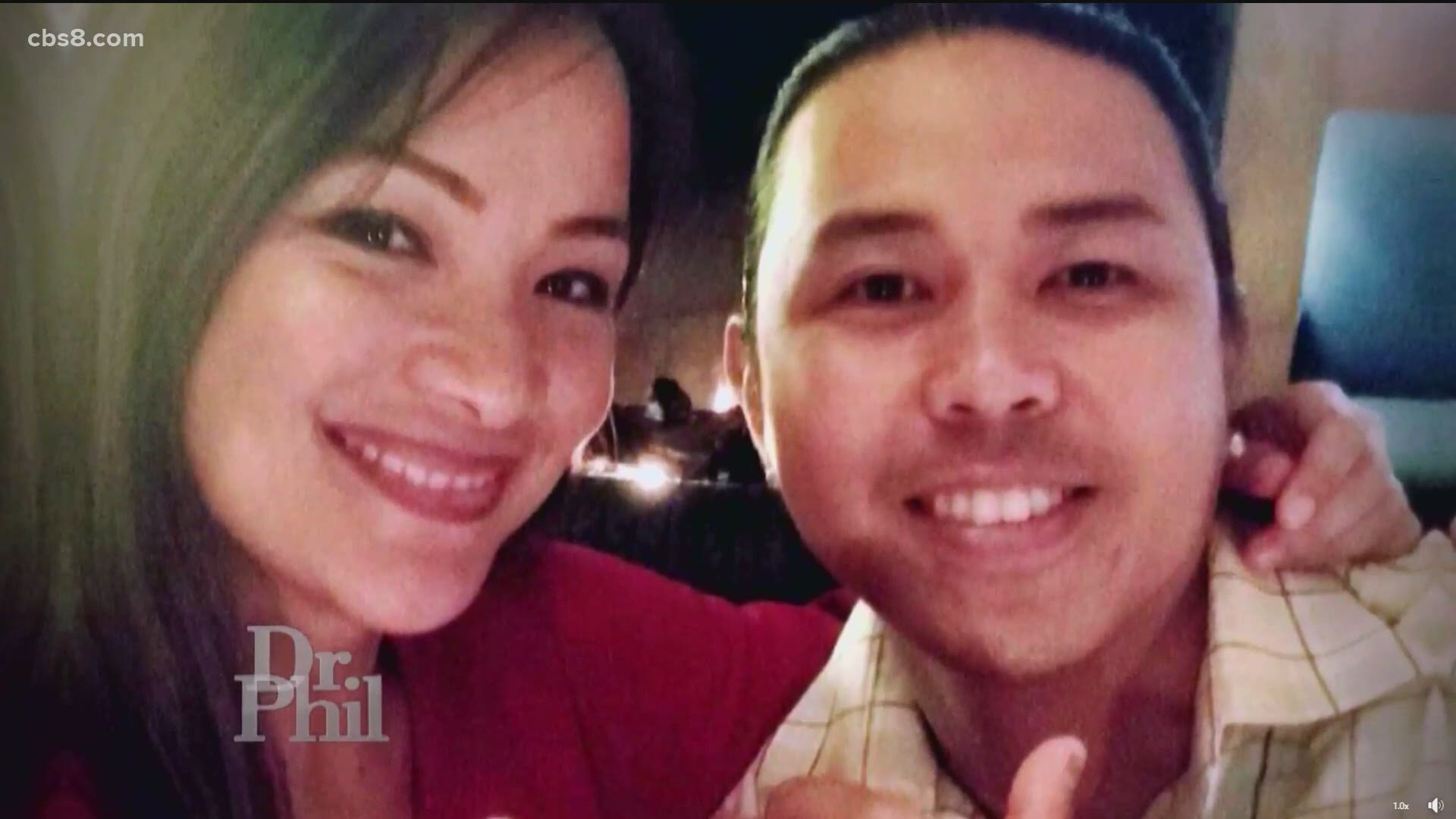 SAN DIEGO — The sister and brother-in-law of a missing Chula Vista mother appeared on the "Dr. Phil" show Monday to talk about the case.

National exposure in the disappearance of Maya Millete, 39, is leading to more details coming out about the investigation.

Maricris Drouaillet spoke to Dr. Phil about a failing marriage between Maya and her husband, Larry Millete.

“Just for the last year, the marriage really wasn't working at all. They had a lot of arguments. They've been fighting a lot. My sister really wanted to have a divorce and she wanted to end the marriage,” said the sister.

Billy Little, an attorney working with Maya’s family, told Dr. Phil about other surveillance video recorded that night and the next morning.

“There's some surveillance video of him [Larry] backing her SUV in the garage. He backs in and pulls out of the garage,” Little told Dr. Phil.

On the following night, Jan. 8, one of Maya's brothers went by the house to look for his sister.

“He went after work on Friday to check on her, and he was told that she was upstairs in her bedroom,” said Maricris Drouaillet.

When the brother knocked on the bedroom door, no one answered and the door was locked.

“Larry said to my brother, Jay R, that they had a huge argument the night before,” the sister told Dr. Phil.

On that Friday night, the brother did notice a hole in the bedroom door that had been patched over, News 8 has learned.

Little noticed the same hole in a door when he conducted a walkthrough of the house three days later.

“It was right next to the door handle. I asked Larry about it. He said Maya had punched a hole in that door,” said Little.

Larry Millete was invited to appear on "Dr. Phil" but he declined. He has not been named a person of interest or a suspect in the disappearance of his wife.

Over the weekend, there were social media posts about a search warrant being served at the San Diego home of a relative of Larry Millete.

Chula Vista police would not confirm those reports.

"I can confirm no search warrant was served this weekend on the Millete residence," said CVPD Lt. Dan Peak in an email to News 8.