12 people have died riding their bikes in San Diego County this year, what bike advocates say need to change

The San Diego County Bicycle Coalition said these deaths are preventable and they’re calling for more bike-friendly infrastructure across the region. 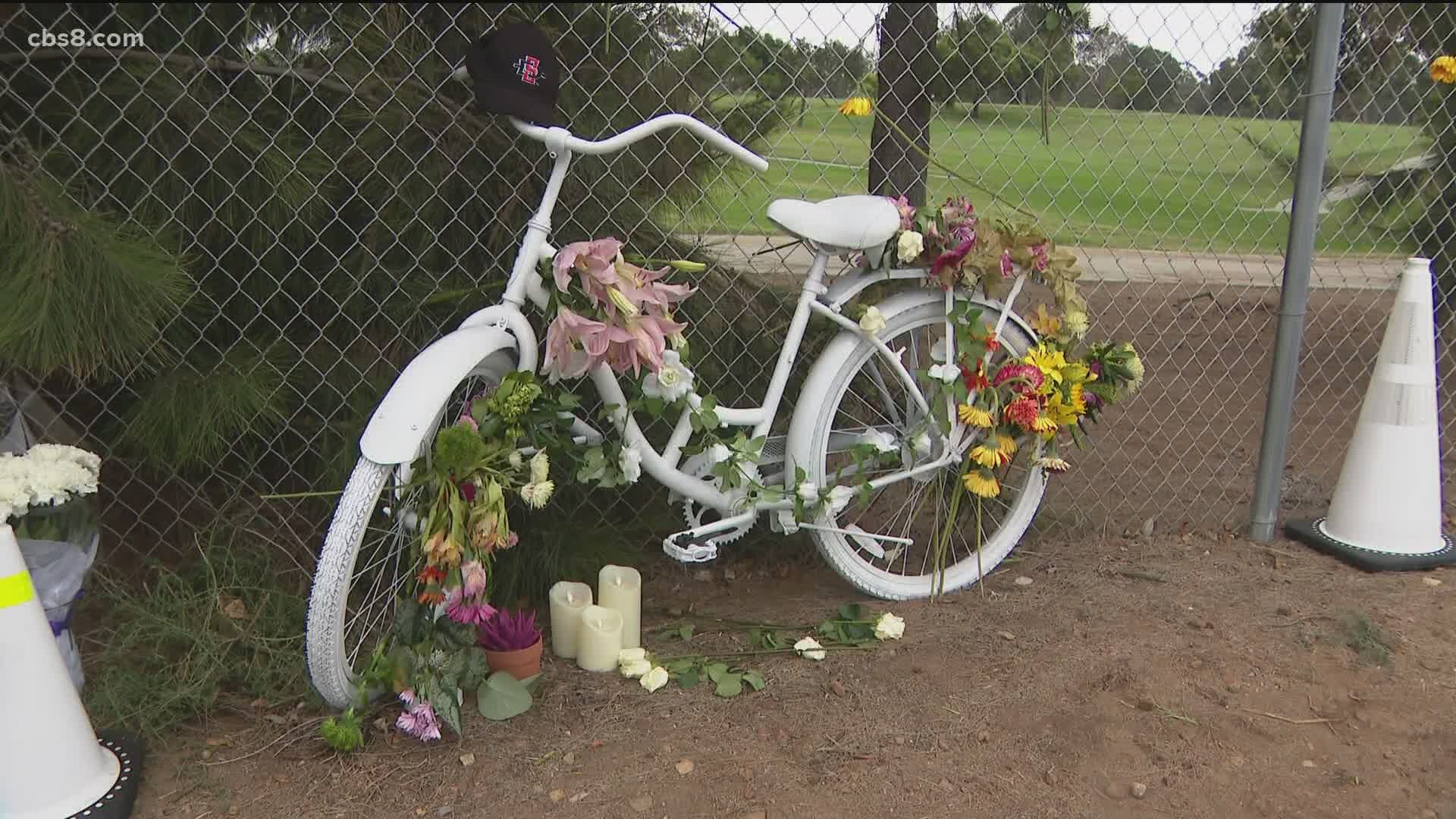 SAN DIEGO COUNTY, Calif. — This year,12 people have died on our roads in San Diego County while riding their bikes. The San Diego County Bicycle Coalition said these deaths are preventable and they’re calling for more bike-friendly infrastructure across the region.

“We are here today to comfort one another in the aftermath of yet another preventable death of someone killed while biking,” said former San Diego City Planning Commissioner Vicki Granowitz.

Laura Shinn was killed last week along Pershing Drive while riding her bike to work at SDSU. She was struck from behind by driver Adam Milavetz, who pled not guilty to charges including DUI and murder.

“Laura Shinn was a beloved, talented, and dedicated member of the San Diego community,” said Granowitz.

Bikers like Kristen Victor and dozens of others met up along Pershing Drive Monday to share their grief and sadness over Laura’s death.

Laura’s death is one of 12 cycling deaths this year with five of those killed in the last month alone. The San Diego County Bicycle Coalition said these deaths are preventable and they’re calling for more bike-friendly infrastructure across the region.

About two miles of new protected bike lanes have recently been installed in North Park, but some people have safety concerns with placing bike lanes along busy streets as well as the effect on businesses with the lost parking spaces.

“It makes me sad for all the businesses after being closed for a year for COVID, and this now possibly impacting,” said North Park resident Leslie Holman.  “It makes me concerned.”

Bicycle advocates like Elizabeth Mayer had this to say about the pushback on bike lanes for parking concerns.

“Although you may not be able to park directly in front of your business of choice sometimes, you’re still going to be able to park, and human life is priceless,” said Mayer. “The priority of valuing our citizens no matter how they choose to commute is what our City of San Diego needs to do.”

San Diego Mayor Todd Gloria issued a statement Monday that read, “My administration has taken a number of steps to help reach our Vision Zero goal of eliminating fatalities and serious injuries on our roads, including establishing a new team to create bike lanes more quickly, joining the National Association of City Transportation Officials to learn and adopt best practices, and working with SANDAG to reduce the time it takes to process a bike infrastructure permit by 75%.”