State judicial leaders are set to lift the state moratorium on evictions as early as August 14. 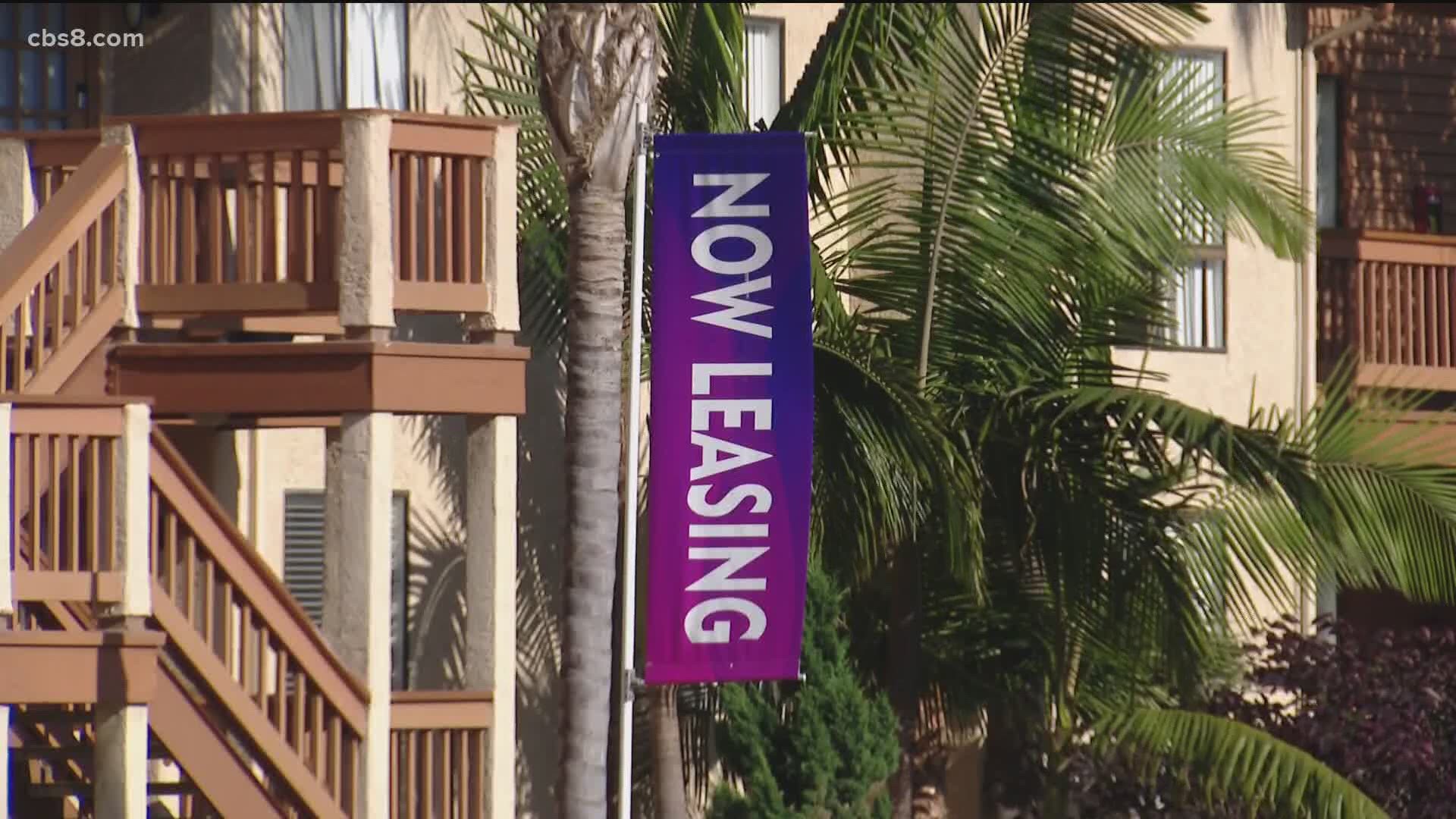 SAN DIEGO COUNTY, Calif. — California lawmakers are scrambling to come up with an emergency renter relief plan. Lawmakers want to keep struggling renters from getting kicked out for not paying in this pandemic.

But they don’t have much time.

State judicial leaders are set to lift the state moratorium on evictions as early as August 14. That’s why Democrats are pushing several bills aimed at avoiding what they call "complete catastrophe."

But their biggest challenge may be appealing to renters and landlords who both have bills to pay.

“It’s just absolutely stunning to all of us,” said Claudette Cooper.

“[They] haven’t been able to afford their own mortgage,” said Cooper.

She said they’re ready to evict anyone who can’t prove COVID-19 hardships.

“We have cases of fraud that you know these people need to be evicted. There are thousands of people taking advantage of COVID,” said Cooper.

But then there are those like Patricia Mendoza from Imperial Beach on the other side.

“I’m a single mother of two, [I've] always worked hard to pay my rent on time and keep food on the table for my children,” she said.

She was laid off due to the pandemic and could no longer afford rent.

“We were already struggling before this pandemic. 75% of my check goes to rent,” she said.

Under the City of San Diego's moratorium, tenants have until Sept. 30 to avoid eviction for not paying rent. And until Dec. 30 to repay back rent.

But in cities like Santee, tenants are subject to removal in less than two weeks.

That’s because the city council voted to relinquish control to the state, and the emergency judicial order that halted eviction proceedings during the pandemic is set to expire on Aug. 14.

Houlahan pushed for an extension of the ordinance to no avail.

“It is an additional safety net for anyone experiencing housing insecurity,” he said.

State lawmakers have said they’re working around the clock to come up with a solution.

“We have a looming crisis of potentially a massive wave of evictions that will be catastrophic for homelessness as well as for coronavirus,” said Assemblyman David Chiu (D-San Francisco).

Chiu is proposing a measure that would stop evictions until April of next year as long as a tenant can show a loss of income related to the pandemic.

His plan also gives six months of mortgage forbearance for owners of large apartment buildings, and up to a year to pay for owners of single-family homes or smaller buildings of four units or less.

The Senate meanwhile has a bill that would provide tax breaks to property owners.

“We wanted to provide some balance both to property owners and landlords and [for] tenants to have some time to save what they need to pay off rent or pay off their mortgage,” said Chiu.

But many landlords are skeptical they’ll ever recoup much rent.

“It’s not just about wanting to evict people,” Cooper said.

The judicial council can still come back to the table and extend the eviction moratorium. Lawmakers are expected to hear their plans in the coming days.