Many locals are still confused about which San Diego beaches are open. See our breakdown below. 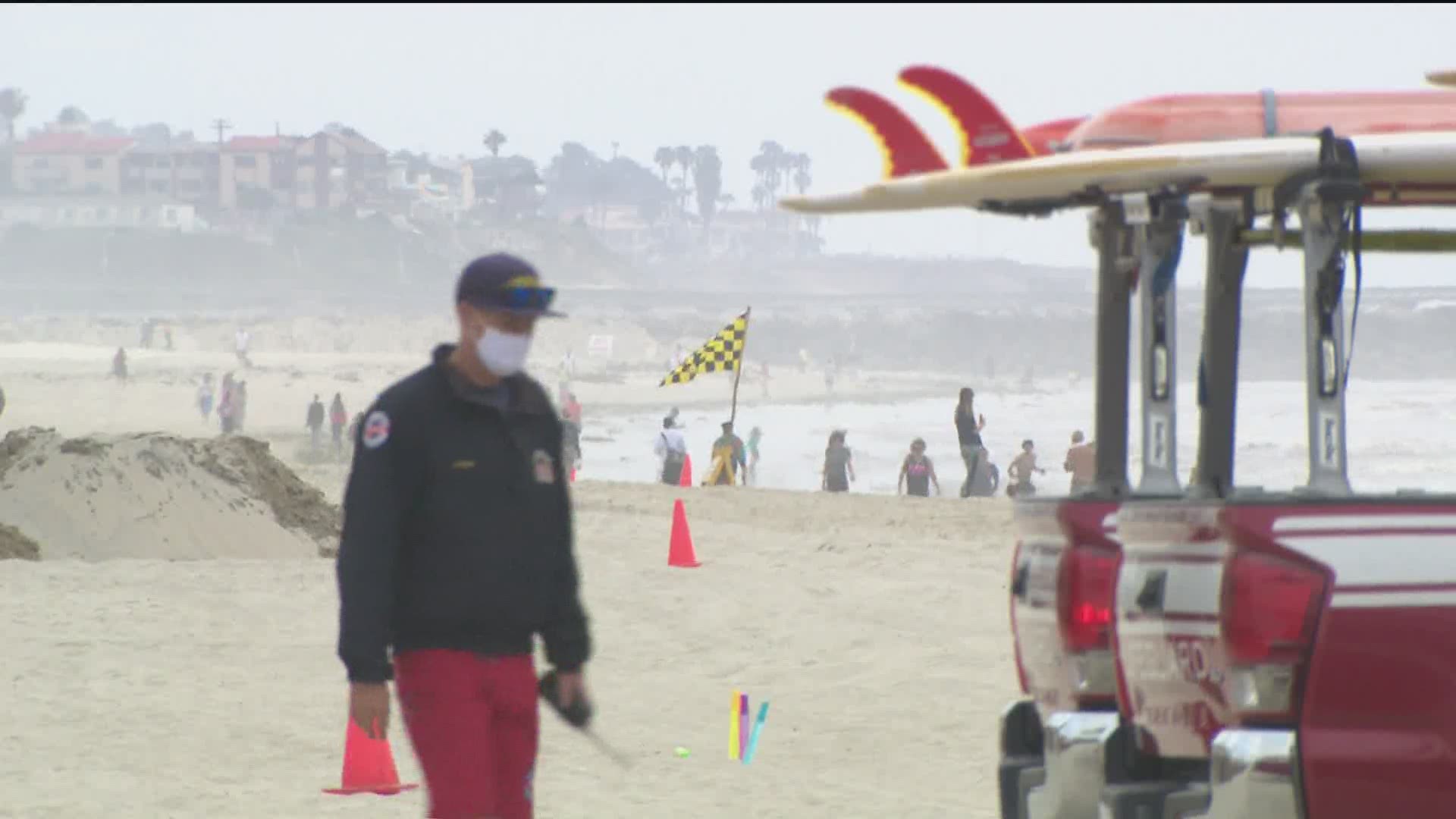 The announcement came after what the governor called “disturbing” images of crowded beaches during the public health order. Also on Thursday, the governor offered praised for San Diegans and others for following the rules.

“It should be acknowledged - San Diego and L.A. and others have done an outstanding job,” said Governor Gavin Newsom.

The governor applauded San Diego for staying socially distant and being safe while being at the beach in a media conference from the state Capitol.

"[There is] great work being done in San Diego and their county," he said.

Newsom made it known that America's Finest City followed rules as many California beaches reopened this week, but he called out Orange County for not abiding by COVID-19 safety guidelines recently and opted to close beaches just in the O.C.

"The conditions last week, the images we saw on a few of our beaches, were disturbing,” Newsom said.

As for San Diegans at Mission Beach, they thought celebration for high remarks were in order.

"That's great we get the passing grade,” said Ken Hamilton who headed to Mission Beach from La Mesa.

Ken and his wife Jen Hamilton thought Thursday would be their last time at the beach fearing the governor would close it, but were overjoyed to know San Diego beaches will remain open.

"We've all done a really good job so far. Why mess it up?” Jen Hamilton said.

RELATED: Some San Diego beaches open for limited use after weeks-long closure

In the North County, state beaches are still closed and Carlsbad and Del Mar city councils are to discuss re-opening their beaches in meetings Friday.

The sudden change from opening April 30 to closing until further notice was a shock to some Del Mar surfers who were ordered out of the water Thursday morning.

State officials still urge beachgoers to do the right thing in order to flatten the curve.

Below is a rundown of what each city has decided to do as of April 30 with regards to reopening its beaches.

Have NOT reopened. The Carlsbad City council will hold a special meeting Friday to review plans for a “phased reopening” of the beach, trails and parks.

Opened for water and limited activities Monday, April 27, 2020 except for Coronado Dog Beach.

Have NOT reopened. In a joint statement last Friday, the cities of Del Mar and Solana Beach announced they would not reopen their beaches on Monday like other parts of San Diego County.

Opened for water and limited activities Monday, April 27, 2020. The Encinitas City Council held a special meeting Sunday and the measure to reopen Moonlight Beach passed by a 3-2 vote.

Imperial Beach allowed access to the sandy beach on Monday, April 27, 2020, but not the ocean, which is still too polluted to allow people in the water. If further testing indicates the water is OK to swim and surf in, city officials will open up the ocean.

Opened for water access and limited activities on Monday, April 27, 2020.

Opened for water and limited activities on Monday, April 27, 2020.

Have NOT reopened. In a joint statement on Friday, the cities of Del Mar and Solana Beach announced they would not reopen their beaches on Monday like other parts of San Diego County. On the city's website, it indicated officials are targeting the week of May 4 to reopen.

Have NOT reopened. Will remain closed indefinitely.