The unidentified victim found in wetlands appears to be a male, police said. 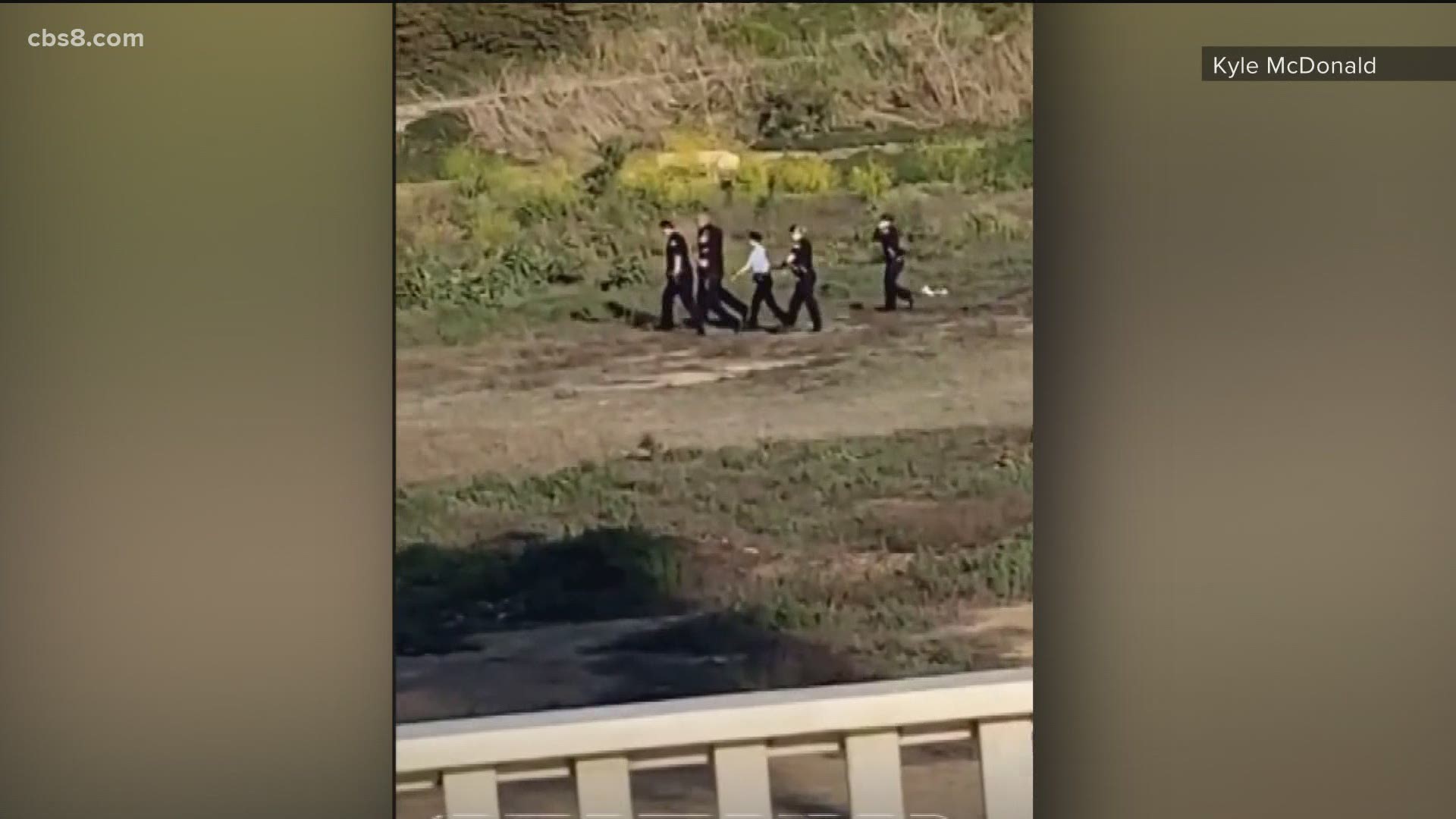 HUNTINGTON BEACH, Calif. — The discovery of skeletal remains in Orange County on Monday had some people in San Diego County worried they could be those of a missing mother from Chula Vista.

But the Huntington Beach Police Department confirmed Tuesday the decomposed body was that of a male.

Kyle McDonald discovered the skeleton in the Bolsa Chica Wetlands near his home and posted graphic video of the skeleton on Instagram.

People following the Maya Millete case on social media immediately started sharing the images, wondering if the bones could be those of Millete, who has been missing for three and a half months.

Investigators were on scene in the wetlands until late in the evening on Monday.

Neighbors spotted the remains with binoculars as they were keeping an eye on a family of coyotes in the area.

“Every day from their balcony on the back they try to locate the mother coyote and the pups, and they've been doing that, I guess, for a while,” said neighbor Rick Marchant.

“It would be kind of hard to get a body back in there, I mean, you'd have to throw it over the fence and then drag it,” said Marchant.

Investigators are working to positively identify the remains. HBPD released the following statement to News 8:

"On April 19, 2021 at 5:37 pm, the Huntington Beach Police Department was contacted by a local resident who discovered a deceased body in the oil fields southwest of the intersection of Talbert Avenue and Edwards Street. Investigators located decomposing remains of what appears to be a male adult, along with property nearby believed to belong to the decedent. Huntington Beach Police Department detectives are investigating the death, with assistance from the Orange County Sherriff’s Department Crime Lab and Coroner Division. At this time, investigators are unable to determine the cause of death, so the death is being treated as suspicious. No further information will be released at this time."