The Unknown Eater visited some of his favorite San Diego restaurants in the summer of 1993. 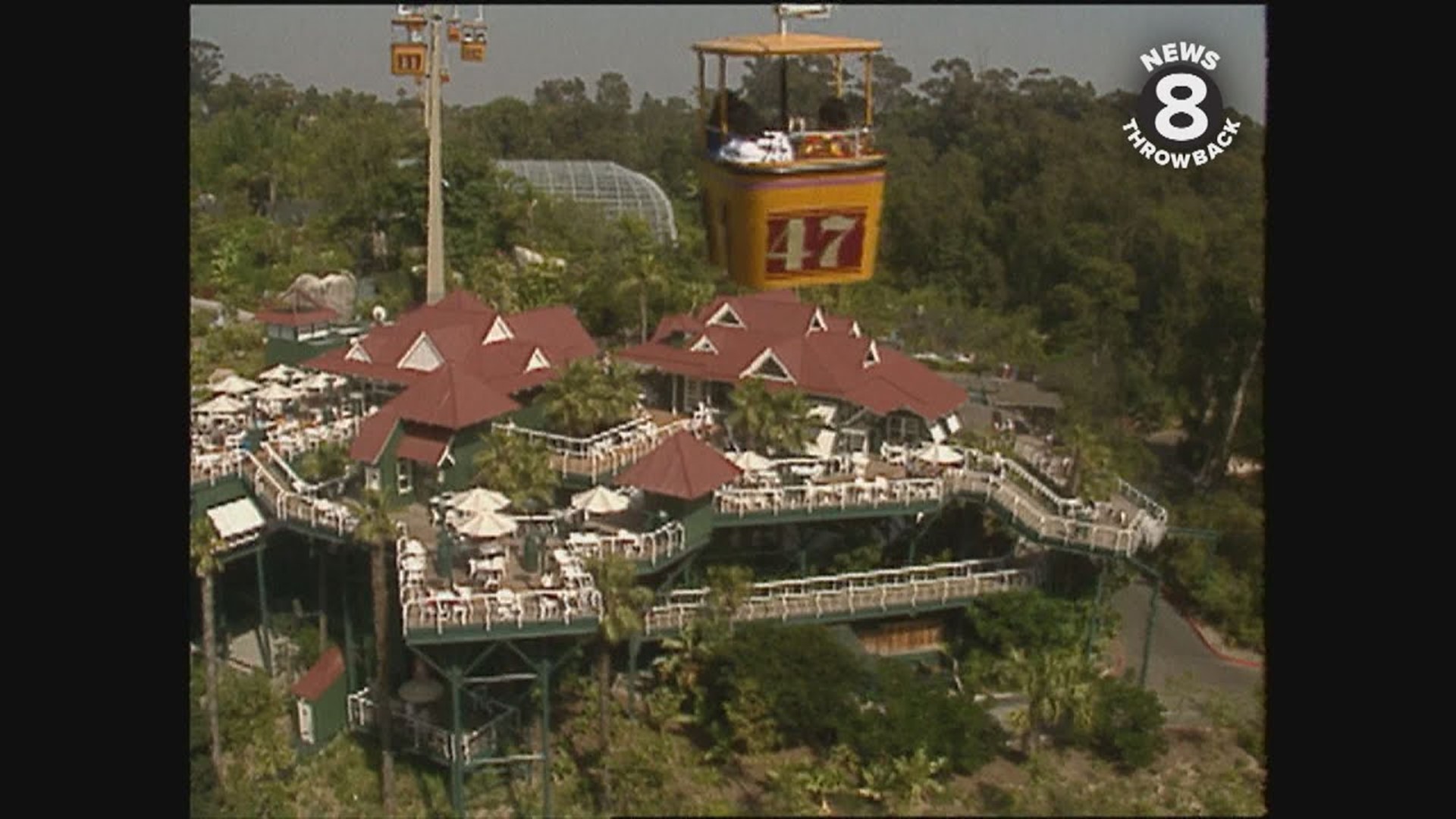 SAN DIEGO — In the summer of 1993, News 8's the Unknown Eater took viewers on a culinary tour of San Diego. From the best outdoor dining spots to coffee shops to premade picnic baskets, Jim Blankinship found a little something for every foodie's fancy.

Part 1 of the Unknown Eater's summertime favorites series took him from La Jolla to Old Town to the Gaslamp Quarter. One of the stops in the Gaslamp was Panevino - an upscale Italian restaurant with classy service and sidewalk dining; and on the other end of the spectrum was Dick's Last Resort where food fights were encouraged and the waitstaff was expected to be rude while serving up fried food. The former is still around as of 2021 and is now known as Osteria Panevino while the latter closed in 2016.

A surprising find on the Eater's journey was the 19th Hole at the golf course at Balboa Park. Serving up a sort of comfort food menu, the spot boasted a beautiful view. Later rebranded as Tobey's 19th Hole, News 8's Jeff Zevely visited the restaurant and the golf course in 2019 for a different peek at the view.

News 8's Unknown Eater - later revealed to be Jim Blankinship - wasn't keen on preparing picnic baskets so he found a great alternative at Saffron Restaurant in Mission Hills. Owner Su-Mei Yu even included the basket. It was full of delicious food for four people for $24 with utensils included.

Though not part of the restaurant scene per se, coffeehouses are another staple of San Diego. In this segment, the Unknown Eater went in search of a cup of coffee and found that a lot had changed behind the coffee bar.

Gelato Vero on India Street served up Italian "ice cream" along with their coffee creations - and as of 2021 they still do. Over at the Kensington Coffee Company, the Eater found the same combination of gelato and coffee drinks along with lots of people watching.

Next up was Pannikin's newest location which boasted a view of La Jolla Cove. Brockton Villa was more than a coffeehouse and later became a full-service restaurant which is still around as of 2021. And Pannikin also continues to operate four locations throughout San Diego.

You might not expect fine dining at a zoo--but this is the San Diego Zoo--and it's special. Albert's is a beautiful restaurant named for a silverback lowland gorilla who resided at the zoo from 1949 until he passed away in 1978.  Entrees in 1993 were about $10 and Eater was impressed. It costs a bit more these days but it's in a magical setting in the heart of the zoo...definitely well worth it.

Who doesn't love a restaurant with a spectacular view? Unknown Eater Jim Blankinship said it's hard to beat La Jolla. Grab a burger at McSnack McDonald's and take it to the beach to eat. Or for fancier fare, the Ocean Terrace at George's at the Cove is, and was, a great choice. In 1993 entrees were in the $10 range, much less than the main restaurant. Owner George Hauer explained that outdoors is consistent with casual, less expensive dining. George's is still in business in 2021 and has been one of La Jolla's most popular restaurants for decades.

The Poseidon Restaurant is steps from the sand in Del Mar. Halibut was only $11 but he went for the giant burger--just $8! The pojo burger is still on the menu but it's $18 in 2021--a great deal for a burger on the beach!