Senior Pastor Kevin Rodgers is disheartened by the lasting damage done to the sacred building. 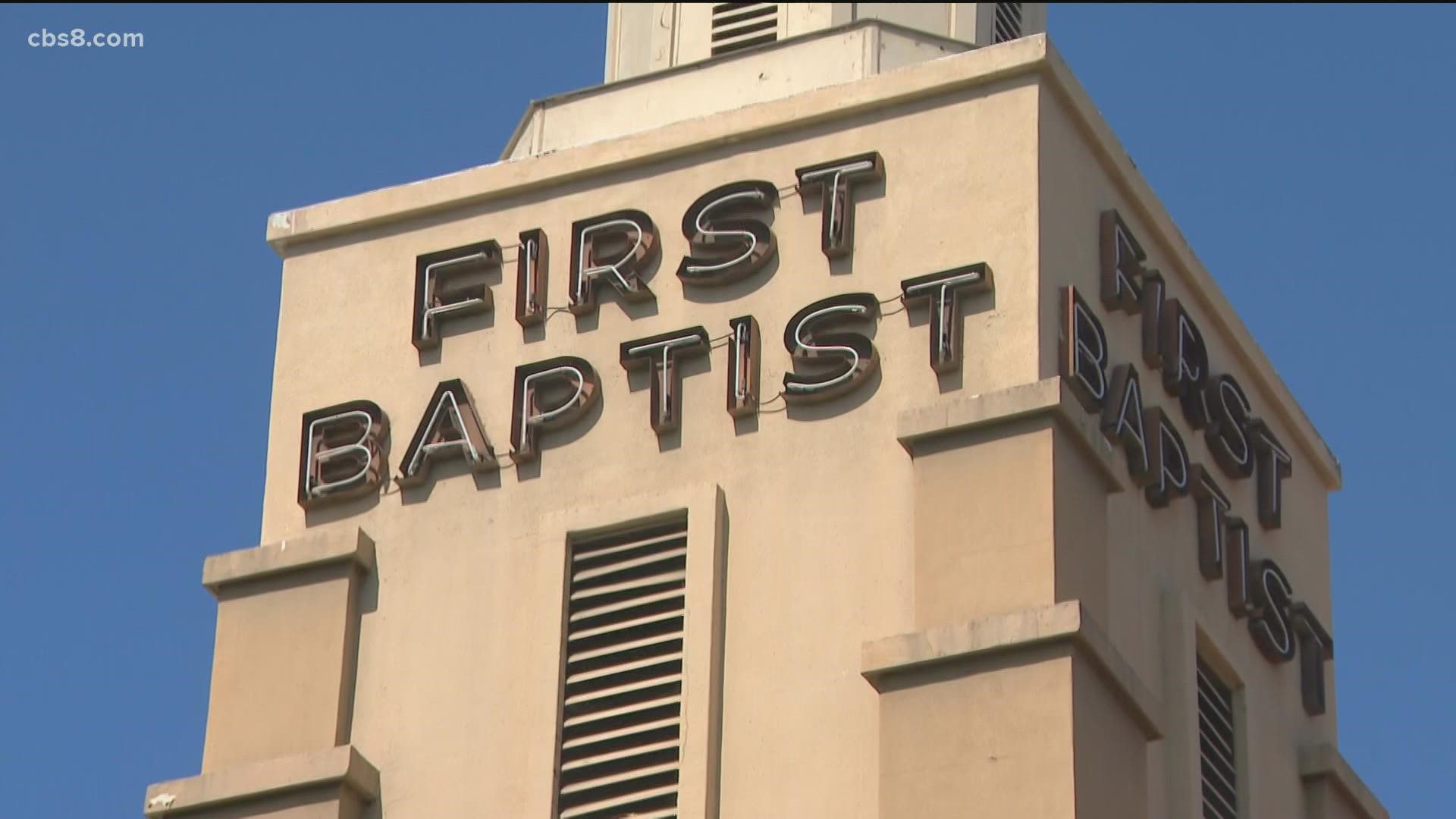 EL CAJON, Calif. — The First Baptist Church of El Cajon, was built in 1931 and when people broke in and turned it into a bike chop shop, they disrespected the special nature of this place.

“To see it treated with such disregard, that was a little frustrating.”

Senior Pastor Kevin Rodgers is disheartened by the lasting damage done to the sacred building. Pastor Rodgers describes how it all started.

“They had forced their way in,” said Pastor Rodgers. “And then had ripped this door off its hinges.”

The damage was all done by two people, a man and a woman, who squatted at the First Baptist Church of El Cajon for several months, during last year's COVID shutdown.

There were obvious signs that these two were using a room in the church as a chop shop for stolen bikes.

"Dismantling them, repainting them,” said Pastor Rodgers. "You can see on the floor the spray paint stains where they would put the bike frame down.”

During last year's COVID shutdown, church services were not being held so there was rarely anyone in the building.

“In the windows, they put construction Styrofoam to block them out so you couldn’t see light in here at night," said Pastor Rodgers. “You can see they wrote something on the wall here.”

A foosball and ping pong table were both destroyed, but that was only a small part of the total damage.

“They smashed this door and broke it in half, and then this is actually where they were sleeping," said Pastor Rodgers, as he was pointing at the damage inside the church. “This was unfortunately, like a bathroom for them, and so there were several 5-gallon buckets filled with urine and feces.”

“I was looking for a piece of equipment one day and that’s when I heard voices upstairs and went and called the police,” said Pastor Rodgers.

When police responded, the man and woman were put into cuffs and questioned, but then were released.

“It’s very frustrating. He broke in that night and ripped the door off again,” said Pastor Rodgers.

And just when Pastor Rodgers thought they had secured the building.

“Then we found he was living in another part of the building, and so once we hauled all that stuff out, then he stopped," said Pastor Rodgers.

Being a small congregation, Pastor Rodgers said there is not a lot of money to cover the $10,000 worth of damage and repair work that is still needed.

“The biggest issue is just the complete disregard and then the fact that there is no repercussions whatsoever.”