The 2020 San Diego Music Awards winner will perform at Quartyard May 29. 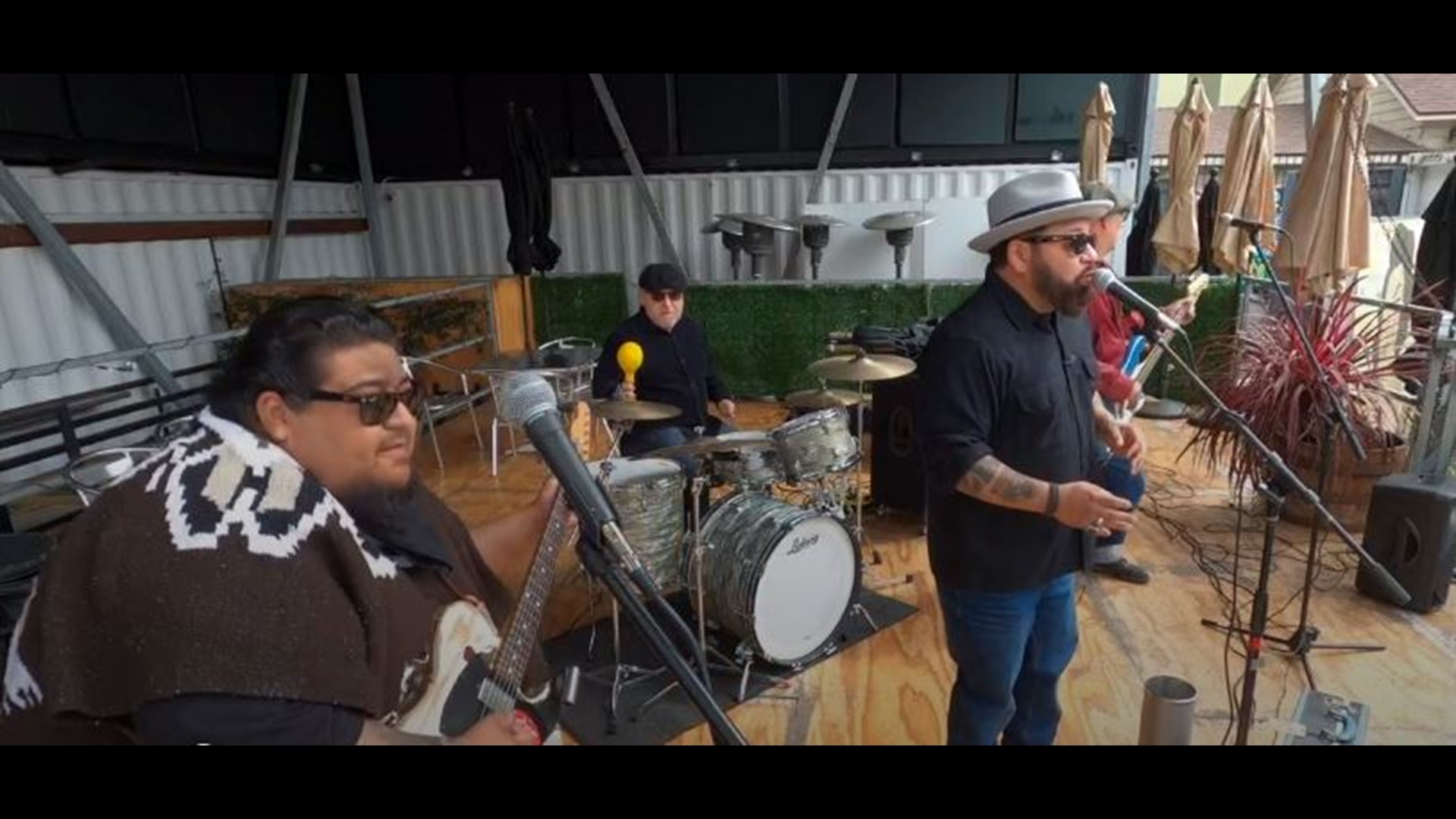 SAN DIEGO — If you're ready to enjoy a concert outdoors, the pride of National City is ready for you.

In this Zevely Zone, I went to Quartyard in the East Village to meet the 'Los Sleepwalkers'.

The five-member band arrived in two, tricked out Low Riders. Los Sleepwalkers have been playing together for nearly thirty years since 1992, which means bandmates have become brothers.

"It is a brotherhood because like brothers we love each other and sometimes we hate each other you know what I'm saying," said lead singer Johnny Valenzuela.

As I got to know the band, it became apparent that there is a thin line between fact and fiction.

"We may or may not use our real names," laughed lead guitarist Ritchie Orduno.

Johnny then added, "Somebody was incarcerated but I am not going to say who. Next question."

I guess it could have been Johnny Valenzuela on lead vocals, Bob Osuna on drums, Joseph Luna on saxophone, Paul Denton on bass guitar or Ritchie Orduno on lead guitar. Their stories, all run together.

"George Clooney came to a show and bought us beers and me a tequila," said Johnny with a poker face.

I then added, "For the record, let me just say I don't know what to believe."

I was curious about Johnny's closely guarded, handmade suitcase.

First Johnny pulled out an ice-cold beer, then he yelled,

"We have this! What?" He held up a glass trophy. In 2020, the Sleepwalkers won "Best Americana" band at the San Diego Music Awards.

"That is why 2020 was the best year ever for everyone in the world," laughed saxophonist Joseph Luna.

As for the name of the band, Johnny told us when he was a child, he was a sleepwalker.

"I was a sleepwalker, I used to sleepwalk in my sleep," said Johnny, along with a story about him polishing shoes in his sleep as a child.

"I'm very glad you were not a bed wetter," quipped Joseph again.

Johnny then added, "That's a different story, I didn't say I wasn't."

Whatever you call the band, it's their sound that will make you return again and again. They specialize in Blues, Country, Tex-mex, Cumbia and their own style of Chicano roots music. They have been nominated six times for the San Diego Music Awards, but didn’t actually win until 2020.

The band calls itself the Susan Lucci of music because after six nominations, they finally won.

"Susan Lucci, this is to you wherever you are at Susan," toasting the Soap Opera diva.

The high energy, professional working band has not been able to perform in front of an audience (not in cars) since their last gig on Feb 23rd, 2020. They have opened for many known acts including Freddy Fender & The Texas Tornado’s.

Their two performances at Quartyard in the East Village on May 29 will mark the first time Los Sleepwalkers will be able to perform before a live audience for over 14 months. For ticket information click here.