Video surfaces of Marines being arrested on Camp Pendleton

An attorney for one of the Marines filed a pre-trial motion saying the public arrest was “unlawful command influence.” 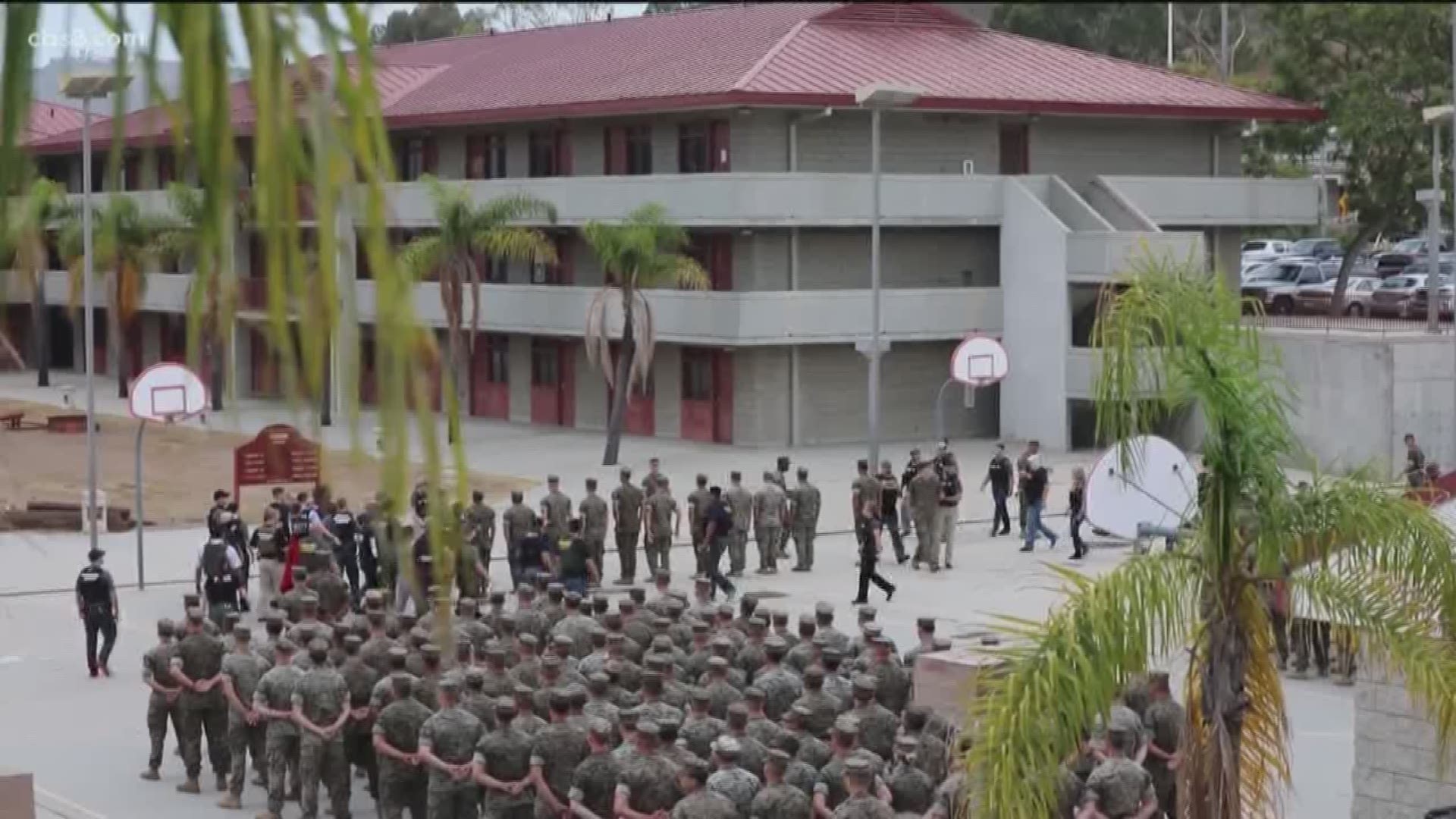 OCEANSIDE, Calif. — Four months ago, 16 Marines were arrested on Camp Pendleton for their alleged involvement in a human smuggling ring.

On Thursday, an attorney for one of the Marines filed a pre-trial motion saying the public arrest was an “unlawful command influence.” The attorney also made available video clips of the arrest on base.

The clips made available to News 8 are just part of a 15-minute video which she said was an embarrassment to all those charged and not convicted in the smuggling case.

“I will say, this video after I watched it, it was disturbing. The media officer for Comstrat recorded it and we just learned about it a week and a half ago. My client has been in jail for over 100 days,” said Bethany Patyon-O’Brien, a military defense attorney.

Payton-O’Brien filed a pre-trial motion for unlawful command influence based on the battalion formation arrest. She said the arrest was a humiliation that took place right in front of the Camp Pendleton front gates.

“The public humiliation of my client and others in the case was wrong. It was illegal and the Marine Corp’s attempt to try to influence the outcome of this case and poison the jury pool,” said Patyon-O’Brien.

The defense attorney said her 27-year-client is charged with transportation of undocumented immigrants and is innocent until proven guilty. Payton-O’Brien said the arrest was embarrassing because the formation was allegedly called for an awards ceremony which turned out to be the opposite as 40 NCIS agents swarmed in to make the arrests.

In a statement the Marine 1st Lt. Cameron Edinburgh, said:

"Sixteen of the 24 you cited were detained on July 25, 2019. The other eight were questioned for alleged involvement in drug-related offenses. Thirteen Marines have been charged. We have not released the video publicly and we do not intend to do so. The video was filmed as a way to document the detainments that took place in an unbiased, non-editorialized manner.”

“There is definitely a way to discourage Marines from committing misconduct, but having a public humiliation arrest is wrong,” said Payton-O’Brien.

The First Marine Division said it is “cooperating with the judicial proceedings regarding the case.”

Below are the clips Payton-O’Brien made available to News 8: 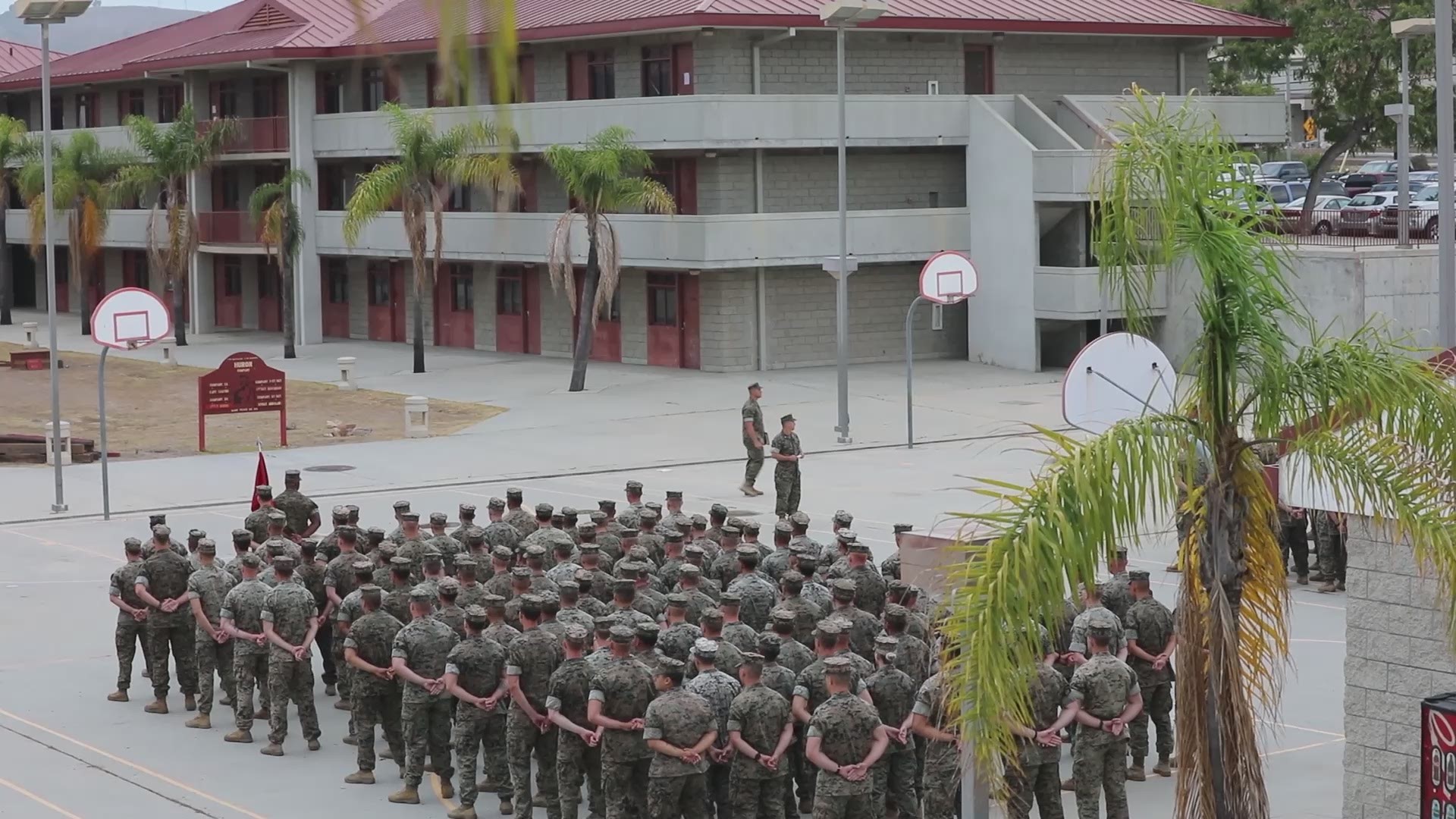 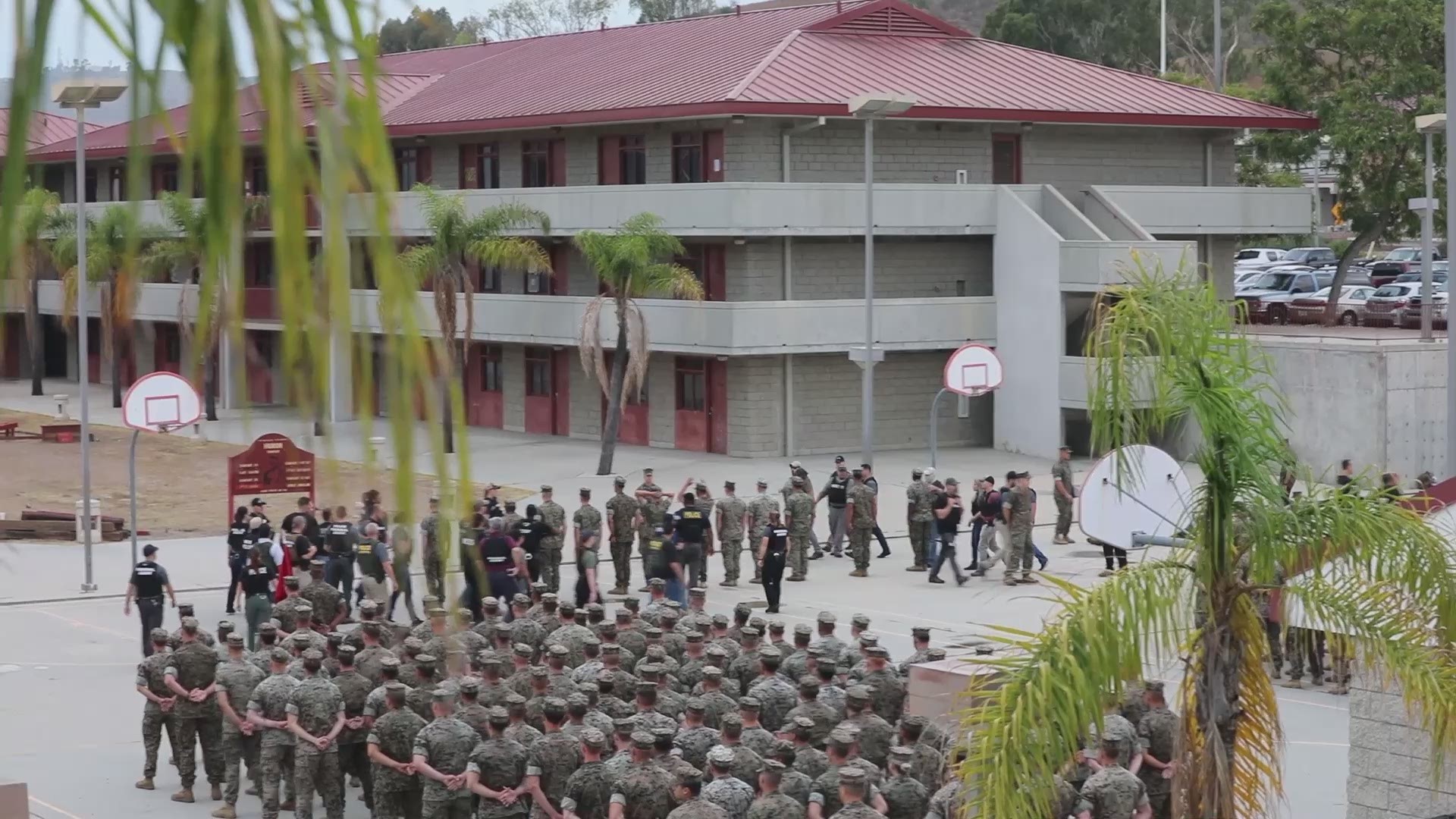 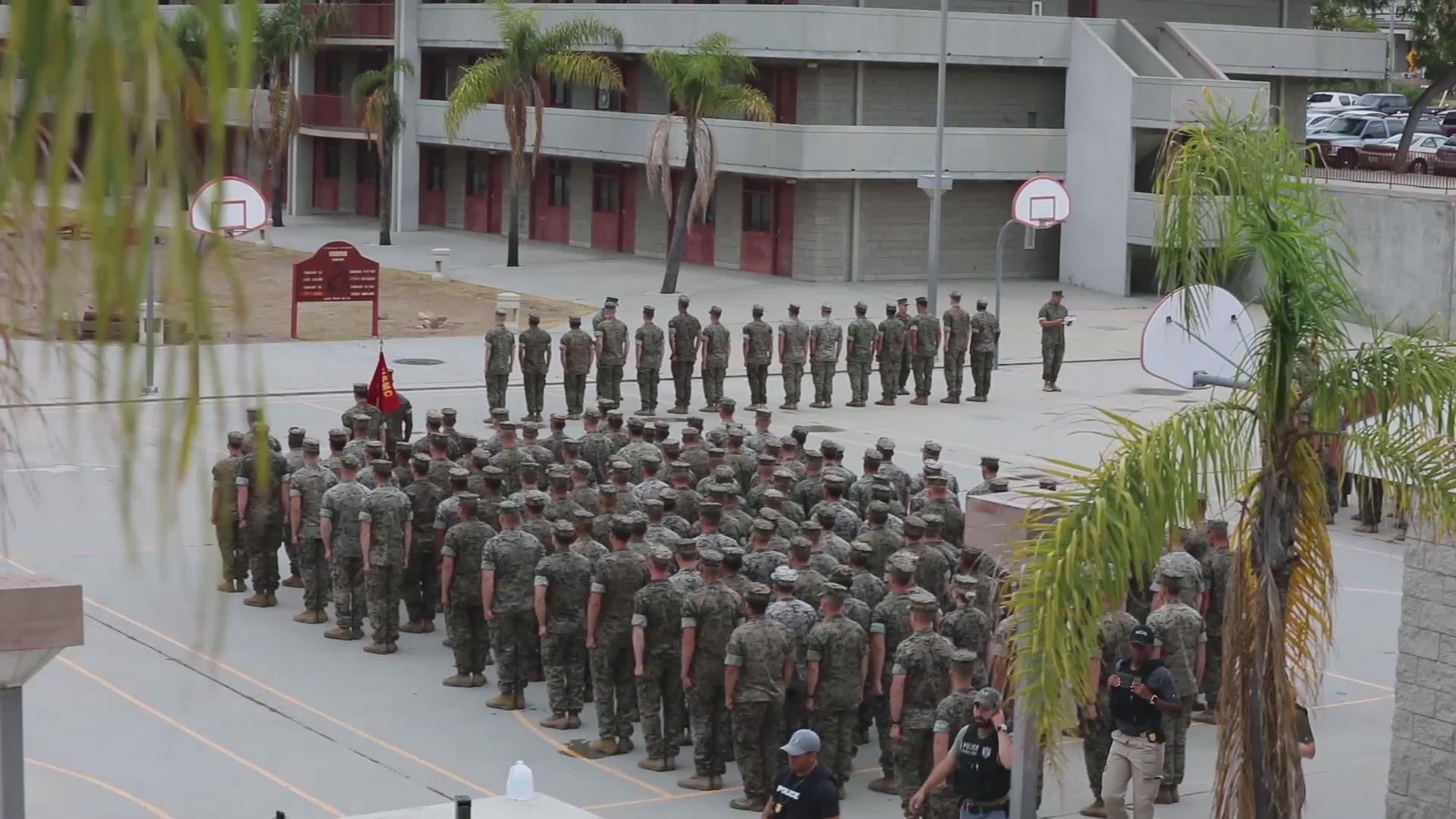