The rainfall -- expected to pelt the county into Friday-- led the NWS to issue flood, wind and beach hazard warnings, with more than an inch reported in some areas. 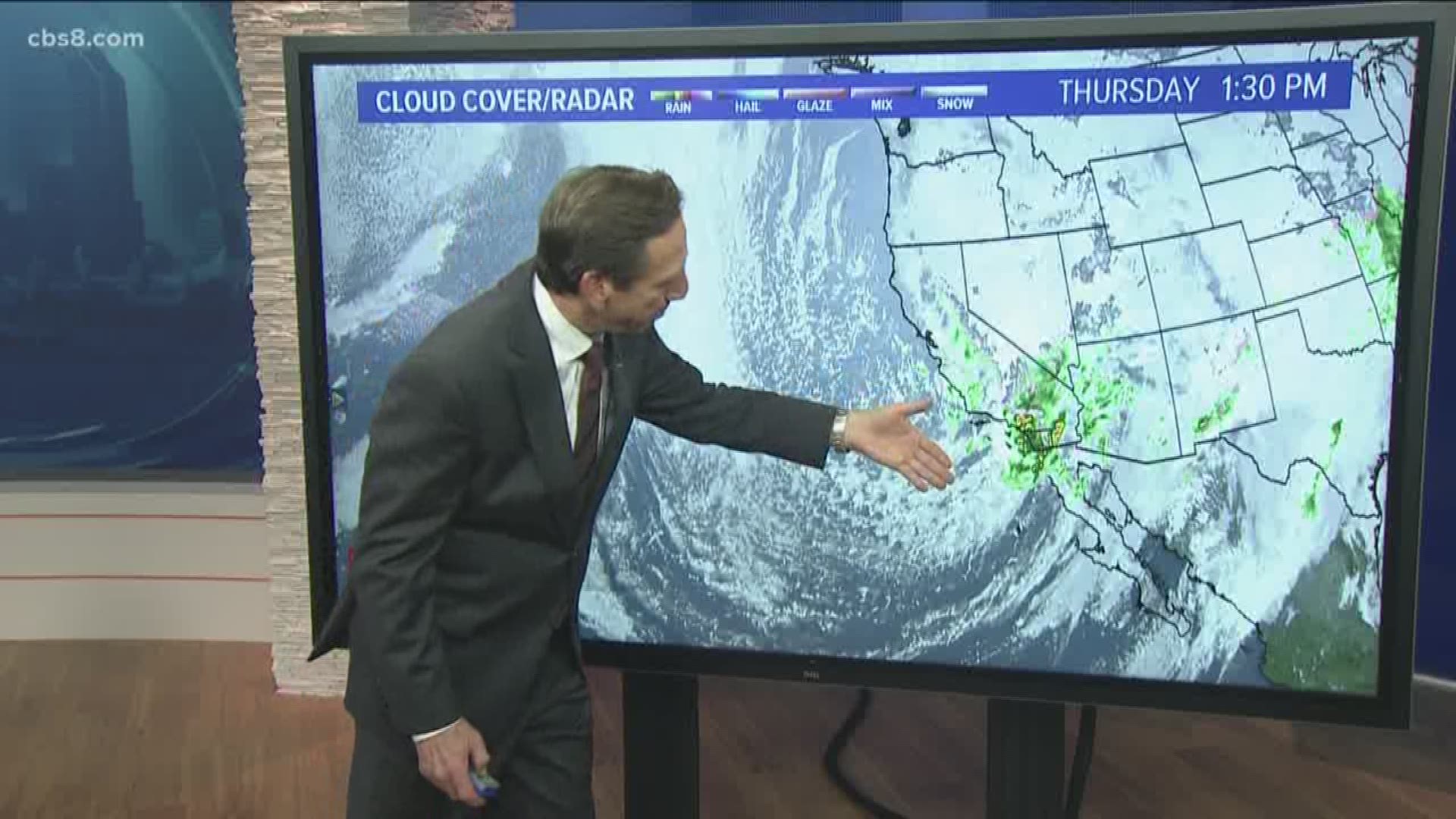 The rainfall -- expected to pelt the county into Friday-- led the National Weather Service to issue flood, wind and beach hazard warnings, with more than an inch reported in some areas of the county.

RELATED: Be prepared before driving to mountains to play in snow

RELATED: County advises residents to stay out of ocean due to pollution

Flood risks were strongest in North San Diego County, with the NWS listing Oceanside, Camp Pendleton, Fallbrook, San Onofre and De Luz among the areas expected to experience flooding. The NWS flood advisory was in effect until 3:15 p.m.

About a half-inch of rainfall per hour was possible as the band moves across the county, according to the NWS.

Drivers who encounter flooded roadways were advised to find an alternate route and not to drive through the water.

Reports of flooding and other storm-related hazards came in from across the county Thursday morning and into the afternoon.

In Sorrento Valley, San Diego firefighters rescued a driver whose car stalled after attempting to drive through two feet of standing water, according to San Diego Fire & Rescue.

One person was killed in a crash this morning on southbound Interstate 15 near Fallbrook, though it's unclear whether the rains played a role in the fatality.

As of 8:20 p.m. a flash flood warning for San Diego County coastal and valley areas was canceled.

Thursday evening the NWS in San Diego issued a special marine warning that included a thunderstorm moving onshore near Laguna Beach, possible waterspouts which can overturn boats, and wind gusts of 34 knots or greater with small hail.

Overnight, the NWS, predicted that the San Diego County coastal and valley areas would experience showers with a chance of thunder showers.

In Chula Vista, authorities reported flooding at E Street and Bonita Avenue near the Interstate 805 interchange, on Third Street between Quintard and Palomar streets, and portions of Main Street from Melrose Avenue to Hilltop Drive.

Wind gusts reaching 50 mph were predicted near the coast. The strongest winds were expected through early afternoon, but should diminish by late afternoon, the NWS said.