Larry Millete's father was home with the children at the time - he came outside the home confronting neighbors saying that Maya abandoned the family. 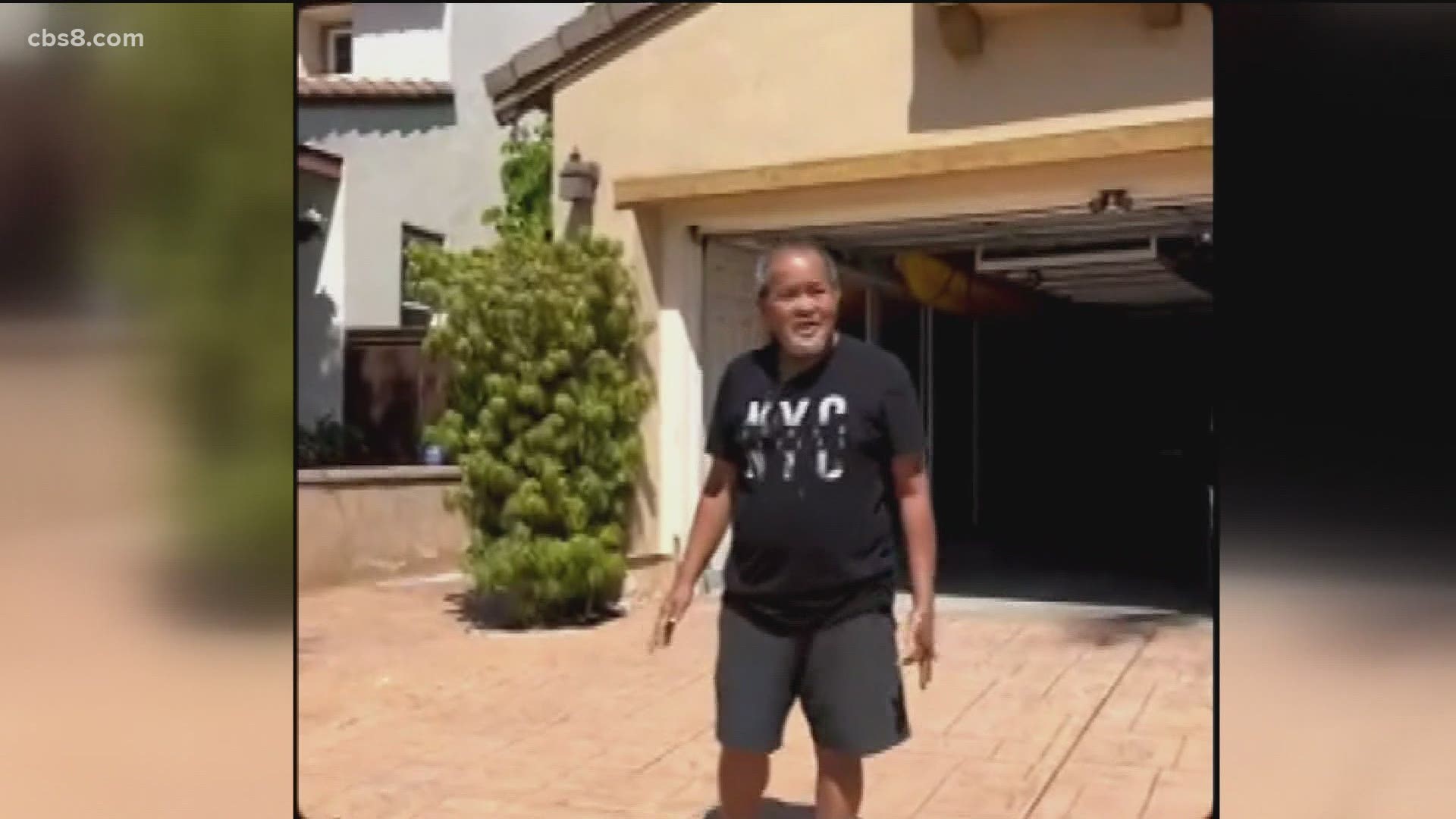 CHULA VISTA, Calif. — A search warrant was executed Thursday at the Chula Vista home of Maya Millete, the mother of three who has been missing since early January, Chula Vista police confirmed. The search was the third conducted at the home in the nearly six months that Maya has been missing.

Maya's husband Larry Millete has been residing in the home located in 2400 block of Paseo Los Gatos with the couple's three children and was recently the subject of a gun violence restraining order.

"Today, the Chula Vista Police Department continued our efforts into finding the reason behind May’s disappearance by serving a search warrant at her residence on Paseo Los Gatos in Chula Vista," a statement Dan Peak read in part. "The Chula Vista Police Department along with the multi-agency working group remains committed to  bringing May home to her family or bringing justice to May’s family regarding her disappearance."

Maya's Jeep was among the items taken from the home.

A witness to Thursday's events, Melissa Nunez Pimentel, spoke to News 8 about what she observed outside the Millete home:

Police searched Millete's Paseo Los Gatos house two weeks after her disappearance and again in early May, and have executed about four dozen other warrants allowing them to seek evidence in various residences and vehicles, and from cellular and electronic devices, financial records, social-media accounts and other online data, according to Peak.

Additionally, police have reviewed about 100 contacts from the public regarding the missing woman's possible whereabouts and potential reasons for the disappearance.

"These tips have come from the local community and from around the country," Peak said. "Most recent tips continue to include possible sightings of May in different areas of California."

Larry Millete's father was home with the children at the time the warrant was served Thursday. He came outside the home confronting neighbors saying that Maya abandoned the family.

Maya - also known as "May" - was last seen on Jan. 7. It was later discovered through security camera footage shared with News 8, that loud bangs sounding like gunshots rang through the neighborhood.

It was also later reported that Maya made an appointment with a divorce attorney on the day she went missing. Larry made statements to police and media that he and Maya had a fight that night.

Family members of Maya visited the home a few days later and said it smelled of bleach there were bathmats hanging over the trash cans drying out. Maya was officially reported missing that day to CVPD - Jan. 10.

Two weeks after Maya's disappearance, on Jan. 23, Chula Vista Police executed their first search warrant of the family's home late in the evening.

Police did not immediately reveal what was seized during their search. It was later reported that officers took the family's black, Lexus SUV. This was the same one Larry reportedly took the day after Maya was last seen.

Larry Millete told News 8 that investigators took the property before leaving at 1 a.m. on January 24.

On April 1, CVPD executed a search warrant on the aunt and uncle of Larry Millete. Investigators seized guns and other evidence from the home which is located in the 7100 block of Viewcrest Drive, within San Diego City Limits.

The Millete home was searched a second time on May 7. Police searched a vehicle on the property and a police dog was seen entering the home as well.

In mid-June, Larry Millete fired back at authorities who filed a temporary gun violence restraining order (GVRO) against him in an 80-page response filed ahead of a court hearing.

In the sworn declaration, the husband also said Chula Vista police detained him for six hours on May 7, while investigators seized firearms from his home.

A judge held a short hearing the following week where he decided to push the decision on the gun violence restraining order against Larry to September 14. In the meantime, the temporary GVRO will remain in place.

Over the past nearly six months, several searches and rallies for Maya have been held with her sister Maricris Drouaillet and brother-in-law Richard Drouaillet leading them. The latest included a prayer vigil held Sunday at Mission Bay Park.

“Ever since she disappeared, we’ve been doing a monthly event for her," said Maricris.

The family said they didn't want to allow Maya’s disappearance to become a cold case.

“It’s a hard case to crack but they are working hard on it," Richard Drouaillet, Maya’s brother-in-law. "The Chula Vista Police Department is on top of every single lead. Unfortunately, and that’s the hard part for the family, they don’t really tell us a lot.”

The Chula Vista Police Department and multiple federal agencies, including the FBI, have been investigating Maya's disappearance.