Unlike Huffman, other defendants like La Jolla resident and former KFMB owner Elisabeth Kimmel have not reached a plea deal. 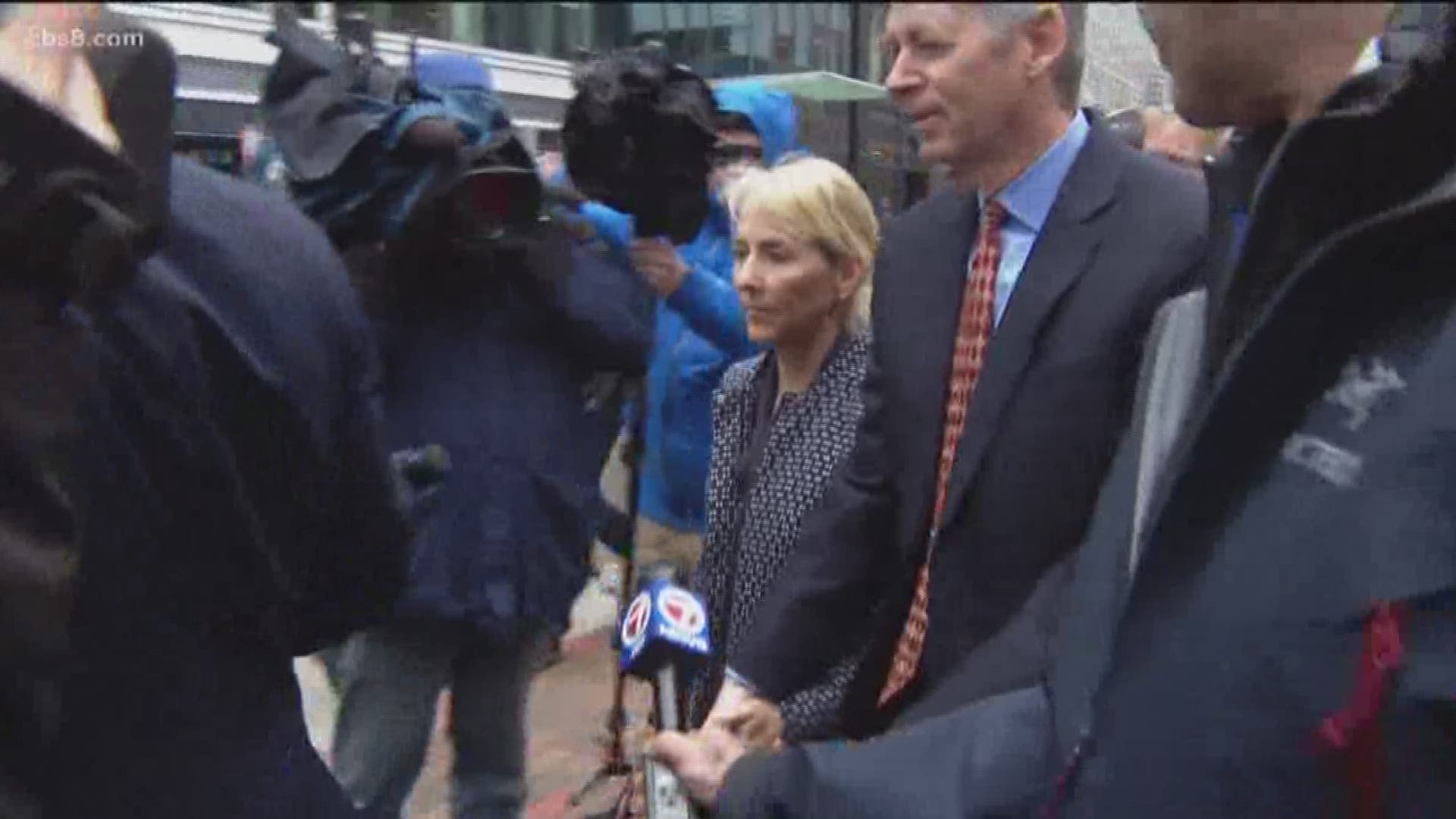 SAN DIEGO — "Desperate Housewives" star Felicity Huffman was sentenced Friday to 14 days in prison for paying $15,000 to rig her daughter's SAT scores, tearfully apologizing to the teenager for not trusting her to get into college on her own.

"I was frightened, I was stupid, and I was so wrong," Huffman, 56, said as she became the first parent sentenced in a college admissions scandal that ensnared dozens of wealthy and well-connected mothers and fathers.

In sentencing Huffman, U.S. District Judge Indira Talwani noted the outrage the case has generated, adding that it "isn't because people discovered that it isn't a true meritocracy out there." The outrage, she said, was because Huffman took steps "to get one more advantage" in a system "already so distorted by money and privilege."

Prosecutors had sought a month in prison for Huffman, while her lawyers said she should get probation.

San Diego based criminal attorney David Shapiro is not associated with the case but has been following it since the beginning.

“The federal government does not mess around. We might see some of these dominoes start to fall. We might see some plea agreements be reached when the other defendants have a better idea of what the sentencing will be of one of their codefendants in this case,” he said.

Unlike Huffman, other defendants like La Jolla resident and former KFMB owner Elisabeth Kimmel have not reached a plea deal. Given what happened on Friday, Shapiro said Kimmel may want to reconsider sooner than later.

Pleading guilty will earn Kimmel points in the judge’s eye, but according to Shapiro, it will not spare her prison time because she is accused of paying a significant amount more than Huffman.

Court documents show Kimmel paid $500,000 to get her kids into Georgetown and the University of Southern California.

“They should certainly be concerned about this prospect of jail time. If it wasn’t real before today's sentencing, it certainly should be real now,” he said.

Kimmel’s next court date is not scheduled until next month, however, she could reach a deal before then. Either way, Shapiro said no matter what her punishment in court will be, it has already been handed down.

“When you look at some of these defendants, I think their reputations have been so soiled and so ruined. When they get 30 days in jail or a year, no matter what the fines are, I think the damage is already done. If there is a lesson to be learned, the lesson is already out there and the public is aware of what happens when people try to cut corners,” said Shapiro.

Huffman must report for her prison sentence in six weeks. She also must pay a $30,000 fine and perform 250 hours of community service.

Fifteen parents have pleaded guilty, while 19 are fighting the charges.

Kimme'ls next court date is October 2, and because it is a status hearing, her attorney will likely attend on her behalf. News 8's calls to her to her attorney have not been returned.