Breaking News
More () »
On The Homefront

World War II and Korean War veterans got to visit the monuments and memorials dedicated to their service with Honor Flight San Diego. 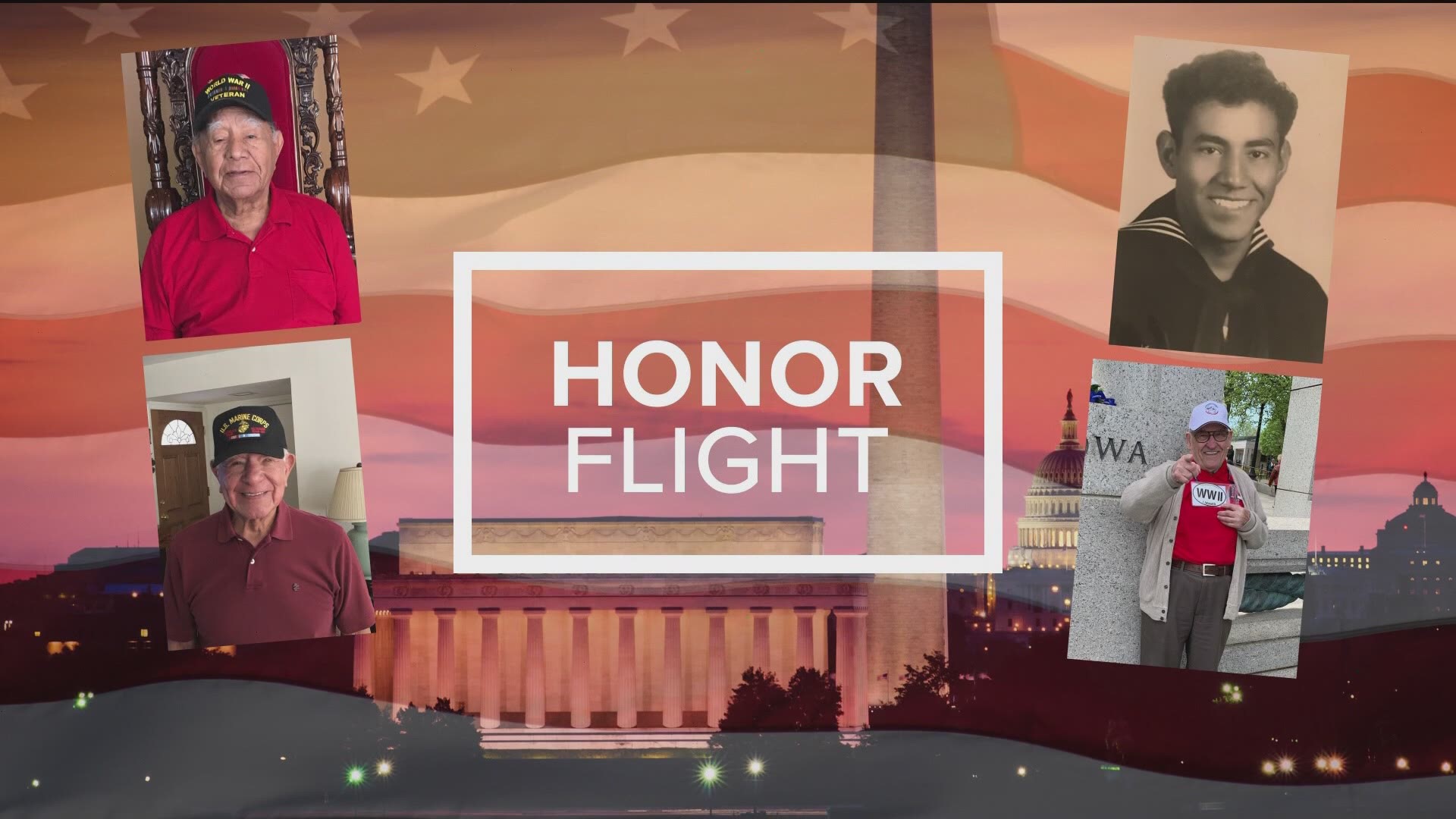 SAN DIEGO — Dozens of local veterans returned home Sunday after a memorable weekend in our nation’s capital. World War II and Korean War veterans got to visit the monuments and memorials dedicated to their service with Honor Flight San Diego.

News 8’s Abbie Alford went along for the journey and brought home many memories of the emotional trip.

On the flight to Washington, D.C. on Friday, 39 WWII and 44 Korean War vets opened 4,200 letters written by local students and loved ones.

Saturday morning after the sun rose, the veterans were escorted to the World War II memorial.

“[It was] very sobering to see the memorial,” said WWII veteran Robert Kerber.

One of the features of the memorial is the Wall of Freedom where the vets saw 4,048 gold stars reflecting off the water, representing the 408,399 people who died in the second deadliest war to the Civil War.

“I was 14 years old,” said Korean War vet Sy Singer. “I cried every day for these people and I still cry for the people who sacrificed their lives.”

Veterans watched in stillness at the Tomb of the Unknown Soldier.

“[It] made you think about all the poor souls that were lost, aid Kerber.

Some veterans shared chilling memories at the Korean War Memorial. Marine Joe Kalla survived the Chosin reservoir - one of the fiercest battles in Marine history - surrounded by hundreds of thousands of Chinese forces in 60-below temperatures for more than two weeks.

“We were all going to come out together or we are not coming out at all," said Kalla.

WWII Marine John Mernard also served in Vietnam and received a Purple Heart after he was shot and injured his eye.

The only female on the trip and one of the first female naval officers was Dene Sooy.

"I don’t consider myself a hero,” said Sooy. “I just did what I was supposed to do and that was it.”

This time, the veterans received the homecoming they've always deserved as hundreds packed the San Diego International Airport to greet them on Sunday.

Abbie Alford and News 8 would like to extend our condolences to the family of World War II Veteran Frank Manchel. On the flight back from D.C., 95-year-old Manchel collapsed and could not be revived. His son Bruce Manchel was with him on the trip.

American Airlines has offered to fly Mr. Manchel’s body and his family to Michigan at no cost to them so that he may be buried with his family. His funeral is planned for Thursday in Detroit and Honor Flight San Diego founder Dave Smith will be flying there with the Manchel family.

We wish his family all the best at this difficult time. Bruce Manchel released the following statement on behalf of the family:

"Frank Manchel was so excited to go on his Honor Flight. This trip was so special because he was able to be with both of his sons as well as his 93-year-old brother who met him in Washington, D.C.

My father’s passing was the ending to the most amazing weekend, surrounded by his newest best friends. We thank all of you – Honor Flight San Diego, American Airlines, San Diego International Airport, friends, and supporters for your concern and for allowing the weekend to be so special for all of us to share together. Frank passed quickly and peacefully and the compassion and respect that that was shown to our family will always be treasured.

May he rest in peace as he is now with his other beloved son Jimmy."

Since Honor Flight began in 2010, it has provided 20 flights for 1,400 veterans - this was the first medical emergency on a trip.