The law officially takes effect Jan. 1, 2020, but some landlords have already sent increase notices that break the rules. 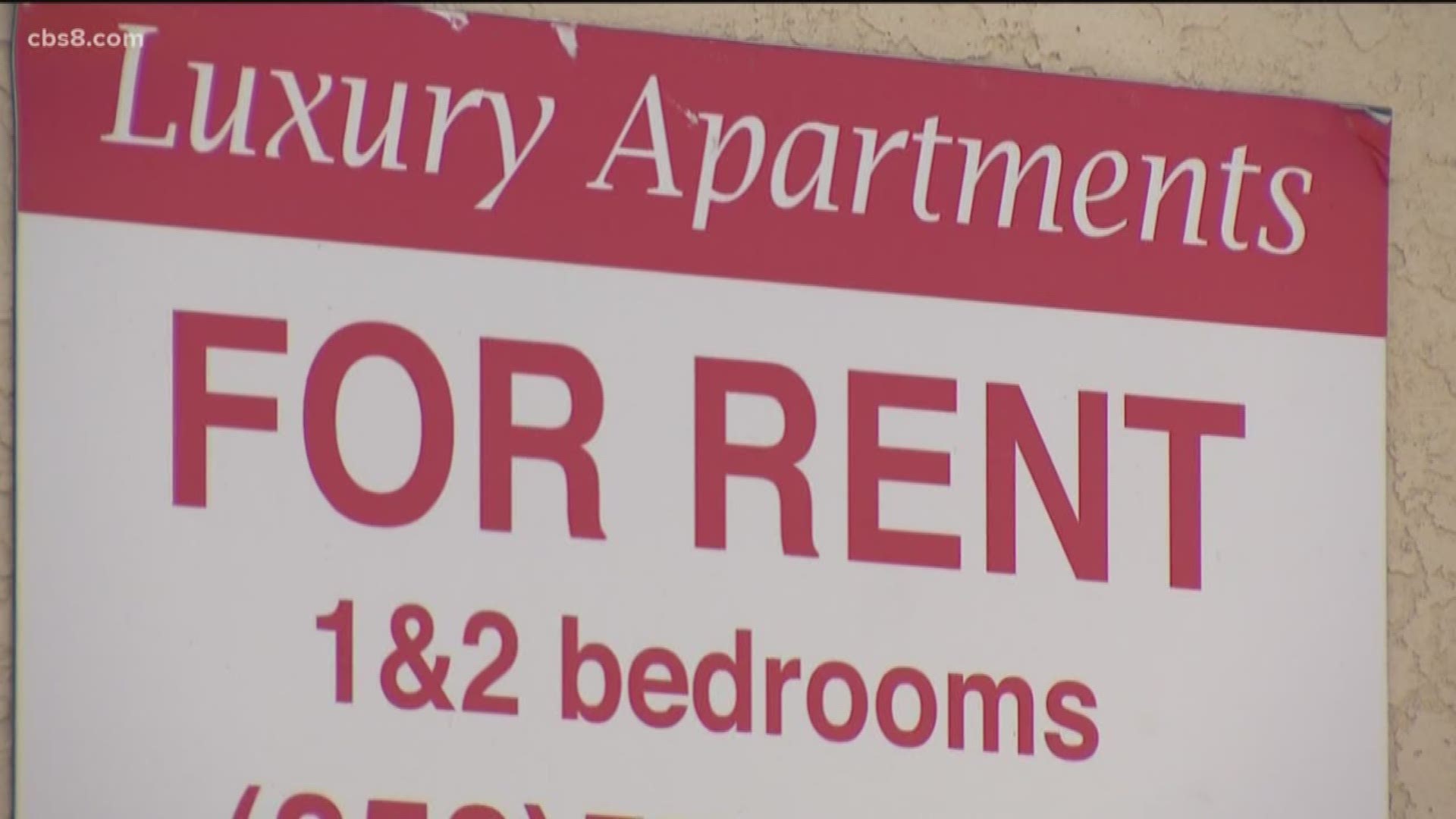 Renters in San Diego and across California should be aware of some important information about a new state law designed to protect tenants from skyrocketing rent increases. The law officially takes effect Jan. 1, 2020, but some landlords have already sent increase notices that break the rules.

"In the last two to three weeks, we've been receiving a ridiculous amount of calls,” said Rafael Bautista with the San Diego Tenants Union.

“[I] literally just met with someone - recently evicted - she was a long-standing tenant,” he said. “She has a daughter that is blind and now she's living in her car.”

RELATED: Rent control in the spotlight after tenants cite 50% increase

The law that will soon go into effect is called the Tenant Protection Act of 2019 and under it, beginning Jan. 1 - rents in California can only go up 5% plus inflation, which this year means a total increase of about 7.5%.

“Some of them are counting on the tenants not to be aware,” Bautista said.

RELATED: Are you considering leaving California? New poll says you're not alone

RELATED: Some landlords in Pacific Beach raising rent prices ahead of new bill

RELATED: Pacific Beach: Is $6,000 a month rent a sign of things to come in San Diego?

He says he fears unknowing tenants will just pay the higher amount, but the new law protects against these spikes. In fact, your rent starting Jan. 1 can't be higher than your rent on March 15, 2019 plus the allowable increase of about 7.5%.

There are some exceptions, like if your building is 15 years old or newer, if it's a single-family home not owned by an investment company or if it's a duplex with the owner living in the other unit.

The new state law also protects tenants who have been living in an apartment for more than a year from unjust evictions.

"The most important thing is that tenants know they can't just be kicked out for no reason,” said Bautista.

Valid reasons for eviction include failure to pay rent and criminal activity.